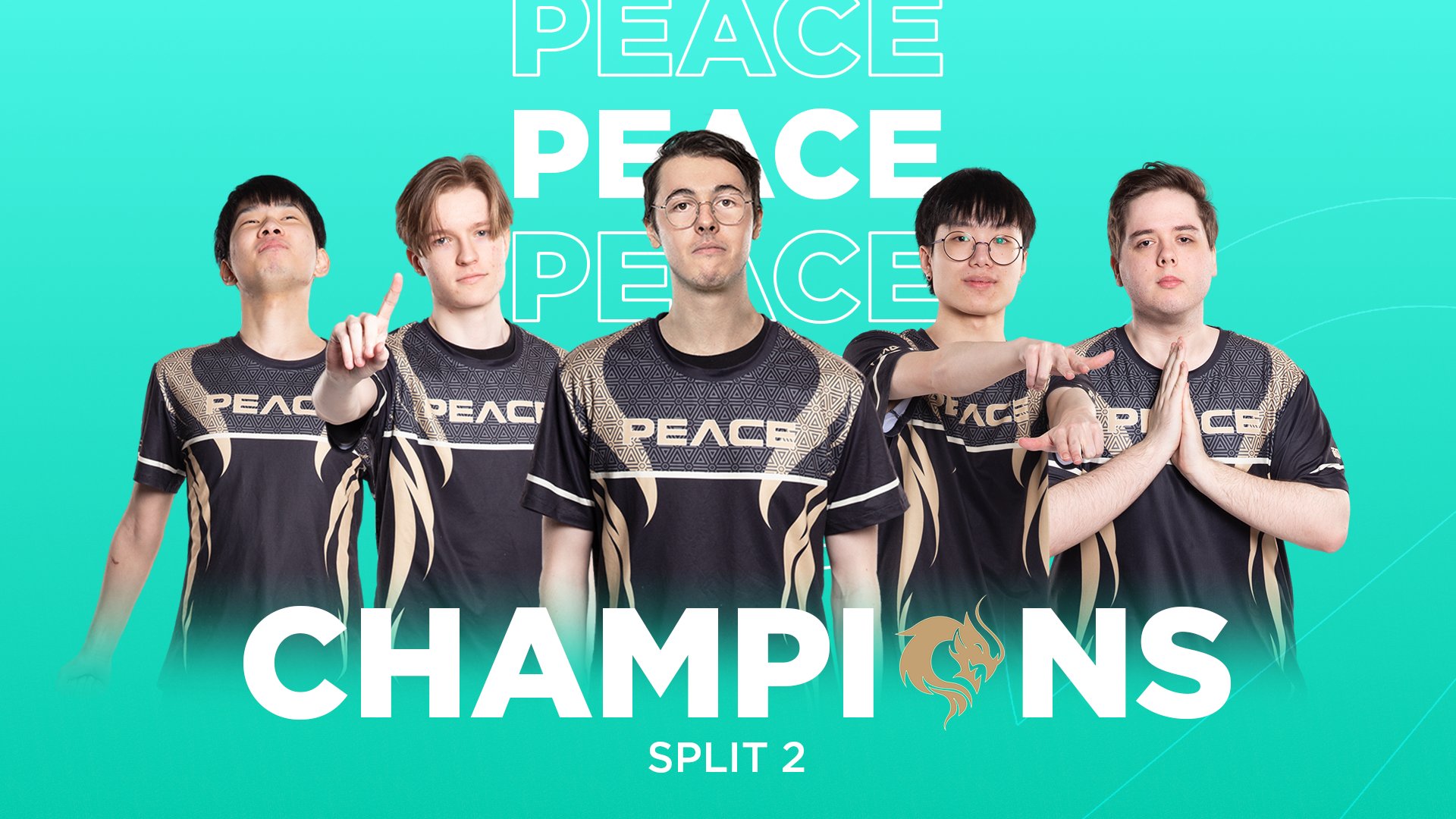 Peace has secured their spot at the 2021 League of Legends World Championship following a somewhat surprising 3-0 victory over reigning champions Pentanet.GG in the LCO Split Two Grand Final today.

The newly formed organization had a rough split early on, often playing without parts of their main roster and at one point languishing toward the very bottom of the LCO ladder. But after managing to scrape through into the playoffs, the team ran the gauntlet from the fifth spot all the way to the Grand Final, winning four series before taking the crown over their rivals.

The team’s success was spearheaded by their jungler Babip, who returned from a stint in the North American Academy scene with TSM just before the beginning of the second split and is now heading to Worlds for his third straight year. Babip managed to snag his best champion Nidalee twice in the finals, finishing with a combined KDA of 9/0/17 on the champion.

The first two matches of the series were relatively one-sided, but the third and ultimately final game of the series saw some spark from PGG who were able to play proactively in the early game, stack drakes and build pressure through objectives. But with the help of team-oriented players Babip and Tally, Peace’s All-Pro bottom lane Violet and Aladoric were able to showcase their aggressive team fighting prowess despite being behind early. The pair found a pick on PGG’s Pabu in their topside jungle, managing to sneak Baron off of the play and getting their team back in the game before overpowering the opposition in the mid game team fights.

During the broadcast, the LCO awards were announced for this year and split.

This will be the fourth different team to represent the Oceanic region at the World Championship in as many years. The team will have a tough road through the Play-Ins Stage at Worlds, but with the region proving it can make it through the group stage at MSI earlier this year, anything is possible. Worlds will be held later this year, reportedly in Iceland.