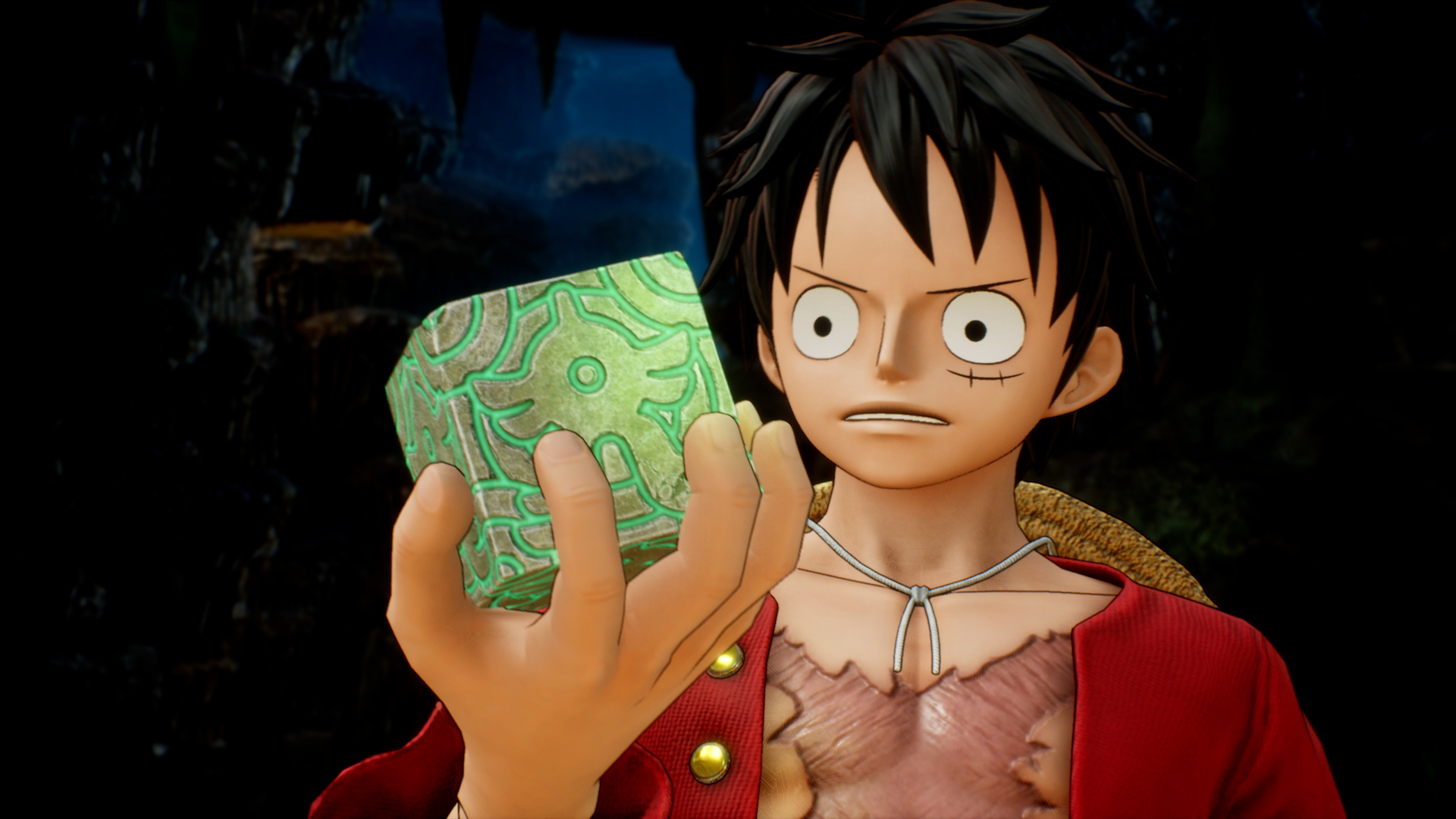 Whenever One Piece is brought up in a conversation, what is the first thing that pops into your head regarding the anime/manga series?

Several common answers would be the characters, the worldbuilding, or maybe even a general sense of adventure. One Piece Odyssey successfully nails two of those three elements while the Straw Hat crew explores the island of Waford, but the execution of the story, paired with dated RPG elements, does fall a bit flat where some fans hoped it would soar like a Coup de Burst.

A new adventure with familiar (and redundant) foundations

When it was revealed One Piece series creator Eiichiro Oda would be helming the story and many of the design elements for Odyssey, fans grew hopeful that the RPG’s story would play out like one of the newer One Piece films and actually tell its own tale of adventure with the Straw Hats. Unfortunately, this isn’t entirely the case.

About half—if not more—of the 30-plus hours of Odyssey’s story is spent in Memoria, a dream world that one of the game’s original characters Lim sends the Straw Hats to in order to experience past events from the One Piece story. This is all done because she doesn’t like pirates at the start of the story, never talks to Luffy and the crew, and uses her special plot-device powers to remove all of their strength (which you had just gotten used to during the opening hour) resetting your character’s levels from around level 40 to one.

You revisit exactly four different arcs during the story and, while they look incredible and provide some brief instances of the current-day crew talking about their past adventures, it almost all feels like a waste of time.

It is clear from the start these dream worlds mean nothing, which makes some of the content you have to complete inside of them feel like extra weight in an already bloated package. It doesn’t help that these dreams turn excellent story arcs and moments into forgettable, lesser versions of themselves that have been told better in a handful of other One Piece games as recently as Pirate Warriors 4 in 2020.

The story being told on Waford, along with the worldbuilding Oda and the devs are putting into place within the wider One Piece timeline, is actually compelling. So why detract from that by forcing watered-down fan service between each original segment?

If this was a 20ish hour game that focused specifically on Waford and fleshed it out like a traditional One Piece arc or even treated it like a film, Odyssey would have blown fans away. Instead, it feels like a cutscene overload that doesn’t respect the player’s time as much as it should—especially when paired with some of the gameplay decisions.

Gameplay that feels stuck in Paradise at times

This heading might seem like a pure compliment if you take it at face value, but no. One Piece Odyssey has a solid set of fundamental gameplay elements and a surprisingly deep battle system compared to what I was expecting, but that depth only carries it to the halfway mark since it is bogged down by dated and frustrating design decisions elsewhere. Hence it doesn’t make the trip all the way to the New World.

The majority of the basic gameplay is fine. You won’t find anything overly buggy or outdated that would make you want to close out of the game and uninstall it from your system. But that doesn’t mean you won’t be rolling your eyes at the fact the developers at ILCA decided to make such a messy navigation system—which is core to your exploration—while rolling other half-baked ideas into the mix.

Odyssey was in no way marketed as an open-world game, but it holds your hand so much at times that you will walk less than two steps away from something you need to interact with, be forced into a cutscene where someone tells you that you are going the wrong way, and then have to deal with a short loading screen before being deposited two steps away again.

You will quickly learn this is just the beginning as cutscenes and dialogue dumps are happening around every corner and navigating to objectives using the map, especially in other areas, is nothing but a chore.

Basically, imagine that after every exciting story scene, the game is hit by Foxy the Silver Fox’s Slow-Slow Fruit powers. But instead of slowing things down for just 30 seconds, it extends for at least 30 minutes.

At least the navigation options disappear when playing as Zoro: one of several excellent examples of the game designers’ attention to detail.

Comparatively, the battle system provides a balanced experience using a traditional Rock-Paper-Scissors-style weakness chart to pair with status conditions and other RPG staples. That simplicity goes well with the multi-area system, which literally adds new depth to the game’s combat by allowing you to swap between different zones or attack from a distance depending on which character or move you are using.

Oh? Did you think when I said the battle system had depth earlier I meant it was complex? No, it is about as simple of an RPG combat setup as you can get. But that is part of what makes it fun.

Within the first hour, before Lim saps your New World-level strength away, you are crushing enemies with beautifully animated attacks that showcase what all of the crew can do. Those animations almost make the battles worth it on their own, but there is some genuine fun you can have in instantly swapping characters around to gain an advantage and dominate your opponents.

By the time you get the hang of the game’s systems, not much will be challenging you, but at least you can look at some incredible animations and hear the back and forth between the crew as you blow through any obstacle just like the Straw Hats would in the manga. And there is a speed-up and auto-battle feature introduced around two hours in, so you can pick your own pace for most fights too—a nice bonus to an already fun setup.

Building the base for a stronger ship

Everything about this game’s presentation from the character interactions to the world and monster design, all the way down to UI, does a great job of capturing the visual look and energy of One Piece.

You can honestly tell how much work and love the developers at ILCA and everyone else involved in Odyssey put into making this as authentic of a One Piece experience as possible. Heck, they even have filler.

Adio and Lim both play very well into the dynamics of a typical One Piece story and the island of Waford—along with everything that happens there—is interesting enough to not only hold a player’s attention but also push them through those Memoria slogs so they can make it back for more new lore. That is only accentuated by how well-written and portrayed each member of the Straw Hat crew is throughout Odyssey too—even if a few of them do get sidelined early on.

Coming from someone who has played basically every One Piece game to have launched since around 2004, this is the best a One Piece game has looked and the closest it has been to providing a true standalone story within that world. The music is also fantastic, though it takes some time to grow on you since it doesn’t scream One Piece from the start—shout out to composing legend Motoi Sakuraba.

This is a great base for future improvements and it honestly feels like this has taken what other One Piece games like the original Pirate Warriors title—with its pseudo-Zelda-style movement and dungeons—and Unlimited World Red did well and translated it to the RPG format. And a potential sequel could let ILCA take these ideas even further.

Overall, One Piece Odyssey is a fun experience for anyone just looking for a relatively easy RPG that has a great cast of characters, an interesting enough story, and plays well within its limits. But those limitations are fairly strict and you could very easily end up losing interest if the battle system or story doesn’t grab you enough early on.

For One Piece fans, I can recommend this game solely on the fact you get more One Piece content done in a way that will feel both familiar and unique. Just try to ignore how boring the Memoria sections are.