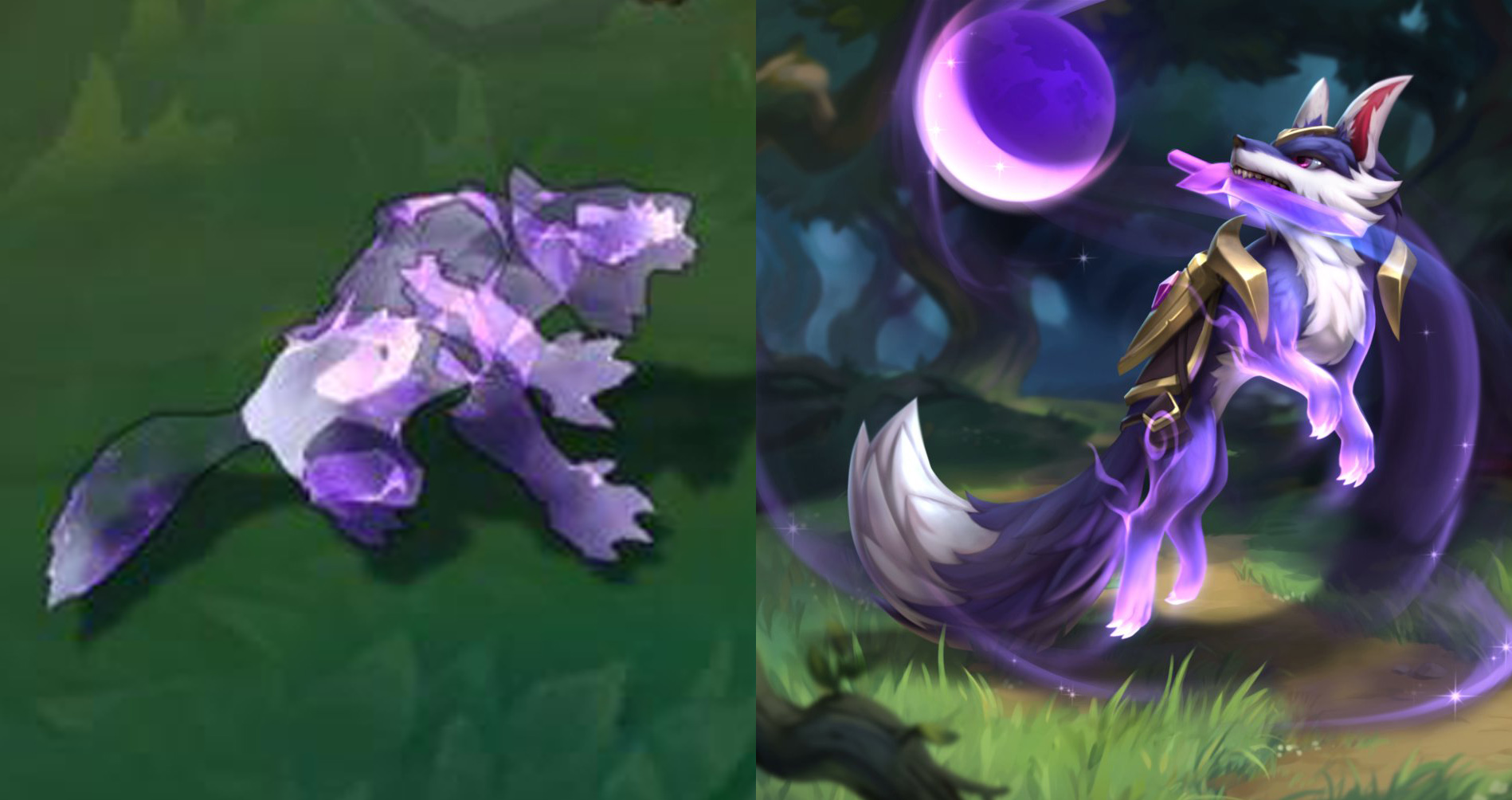 Ghost Dog, a cute spectral companion that followed League of Legends players around the jungle disappeared off the face of the Rift in May 2016, when Riot removed the Devourer item from the game. Five years later, the purple pooch could be making a return.

There are three new Little Legends coming to Teamfight Tactics in Set Five Reckoning, including a dolphin, a mouse, and a dog called Fenroar. The dog, who’s purple and ghostlike at tier three, could easily be a nod at League’s Ghost Dog.

The dog was a perfect illustration of what the Devourer item did in League, according to a Riot Dev Blog. The canine increased in size as players stacked up the item. At 30 stacks, the dog merged with the player, increasing damage, and transforming into Sated Devourer, a bigger and better version of itself.

The developers have yet to confirm that Ghost Dog and Fenroar have any sort of connection. But the resemblance is uncanny.

TFT’s upcoming set Reckoning is expected to release on the live servers on April 28, where Fenroar, Dowsie, and Nimblefoot will make their debut in the autobattler.