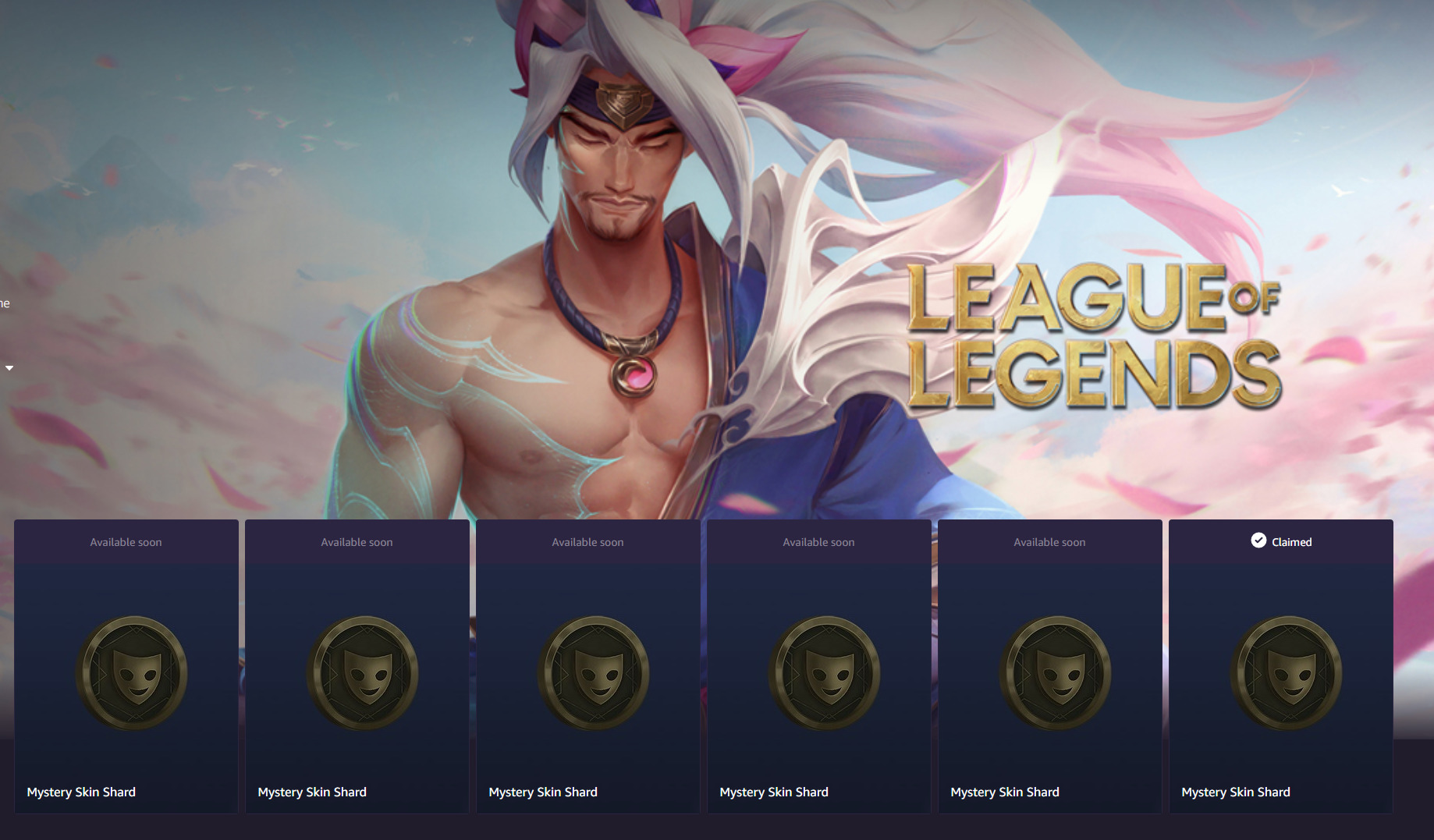 League of Legends and Teamfight Tactics fans are in for a treat.

Riot Games has once again partnered with Twitch Prime to dole out new loot to players. League and TFT fans with Amazon Prime memberships can claim their rewards now.

League players will snag a Mystery Skin Shard, which offers a random skin shard for a champion. TFT fans will get a Little Legends Egg, giving you a random buddy to join your fight on the Convergence. Both rewards will be available in the Loot tab once you sign in to the League client.

To be eligible for the rewards, fans must have an Amazon Prime membership. Players must also link their Riot account with Twitch Prime, allowing you to claim rewards today and any future ones offered.

Those who aren’t Amazon Prime members can sign up for a free 30-day trial and get their hands on both rewards.

There are still five boxes grayed out for League Prime rewards, hinting at more loot coming down the pipeline. While there are no future TFT rewards indicated, Riot will likely continue the trend with the autobattler as well.