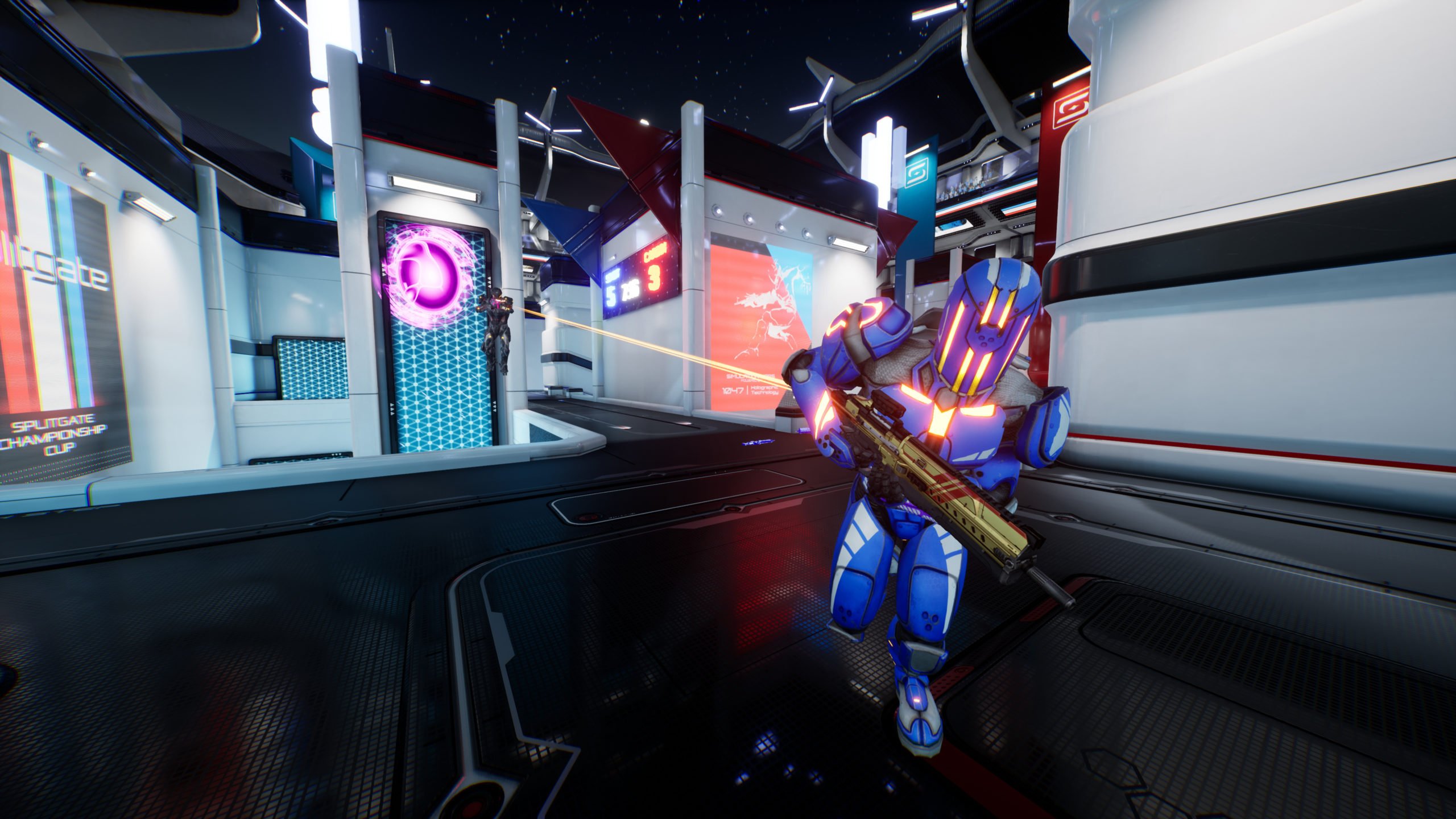 The Pantheon Race in Splitgate is a time trial event where players get to chase disco balls while trying to outclass each other. The parkour isn’t that straight forward, however, since you’ll also be teleporting and jumping around in addition to running.

Even if you stick to the core game modes, the game’s weekly challenges may require you to try one of the other modes like the Pantheon Race. If you’ve never tried out one of the Race modes, finding them in the UI can prove itself to be a difficult task.

If you’re looking to play the Pantheon Race or any other race mode, you’ll need to click on the “Training” button from the top of the main menu in the home screen.

Once you’re there, three options will appear: Race, Practice Range, and Tutorial. Select Race and you’ll be able to pick one of the races by using the arrow buttons on the bottom left of your screen.

After picking, you’ll need to click on “Start Race.” You’ll soon find yourself in the thick of it with a countdown appearing on your screen. You’ll also be welcomed with a set of instructions where you’ll be shown the basics of the map.

If it’s your first time on a race map, feel free to explore around and learn all the ins and outs of each map. After growing familiar with the surroundings, you can focus on scoring the best results and make other players eat your dust.