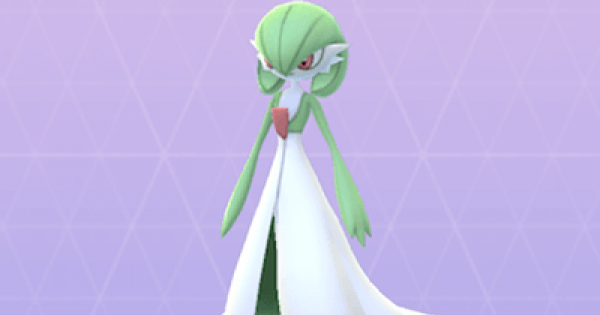 Gardevoir is one of the most powerful Psychic and Fairy-type Pokémon in Pokémon Go currently, sporting a strong defense, powerful attack and an arsenal of moves.

No matter what Pokémon you use, there is a chance that Gardevoir knows a move that could be super effective against it, but that doesn’t mean that this Pokémon in invincible. Thankfully, due to its Psychic and Fairy typing, it is weak to a small handful of different moves and Pokémon.

Having Pokémon with Poison, Steel, and Ghost moves are key, which leaves you open to a good selection of Pokémon to counter Gardevoir should you ever come across one.

The prime choice would be a Pokémon like Gengar, which can learn moves like Hex, Shadow Ball, Sludge Bomb, and more to take down your foe. Otherwise, pretty much any Ghost-type Pokémon will have a massive advantage against a Gardevoir, so someone like Chandelure could help out.

Other Pokémon to consider include Metagross, Deoxys, and even other-typed Pokémon–so long as they know moves that will work well against the Gardevoir menace. For instance, a Deoxys that knows a Thunder move won’t exactly be the best choice to take down a Gardevoir as quick as possible, but Poison Jab will work fine.

Just plan ahead and make sure you have a strong Pokémon from one of these categories for an awaiting Gardevoir–and you’ll be taking it down in no time.