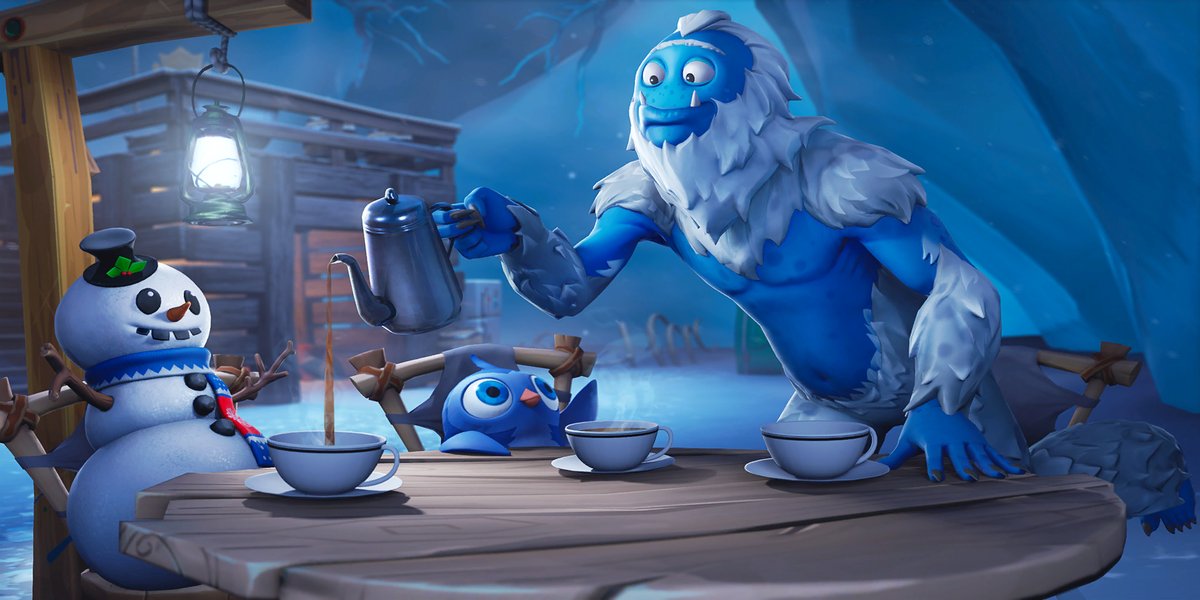 Fortnite players who complete five full sets of weekly Battle Pass challenges in season seven will be able to grab a new secret Battle Star. It became available when the week five, season seven challenges were released on Jan. 3.

This is a challenge like any other, which means players can complete it in any standard or Limited Time Mode in Battle Royale, except for Playground. Players can interact with this secret Battle Star during a match to claim it and earn a full Battle Pass tier.

Related: Epic Games apologizes for 14 Days of Fortnite gaffe by giving out a free glider.

When players complete five weeks of challenges, they’ll unlock a loading screen that holds a hint about where they can find the secret Battle Star in the Fortnite island. This week’s loading screen shows Trog serving tea to his two little buddies inside an ice cave with a lodge in the background. There’s a Battle Star floating on the roof of that lodge, right above the lamp. That’s where players should find the latest secret star.

The only ice cave with a lodge in the Fortnite: Battle Royale island is in the far southwest corner of the map, on the B9 square southeast of Frosty Flights and far west of Happy Hamlet. Players will find a hole on the ground with trees surrounding it, which is spotted easily if you glide over it.

Going down that hole will send you right where the secret Battle Star is, on the roof of the lodge. You should find it hovering over an old mattress. Interact with the star and you should receive the free Battle Pass tier when you leave the match.

Remember that secret Battle Stars and Banners in season seven require players to fully complete a certain number of sets of challenges. Players who only complete the week five challenges without completing the ones from weeks one to four won’t be able to see the Battle Star.

If you’re looking for this star in a moment where further weekly challenges are available, you’ll find it when you complete any five weeks of challenges.

Players who don’t own the premium Battle Pass also can’t see the secret Battle Star since they’re unable to complete all seven challenges of each week.