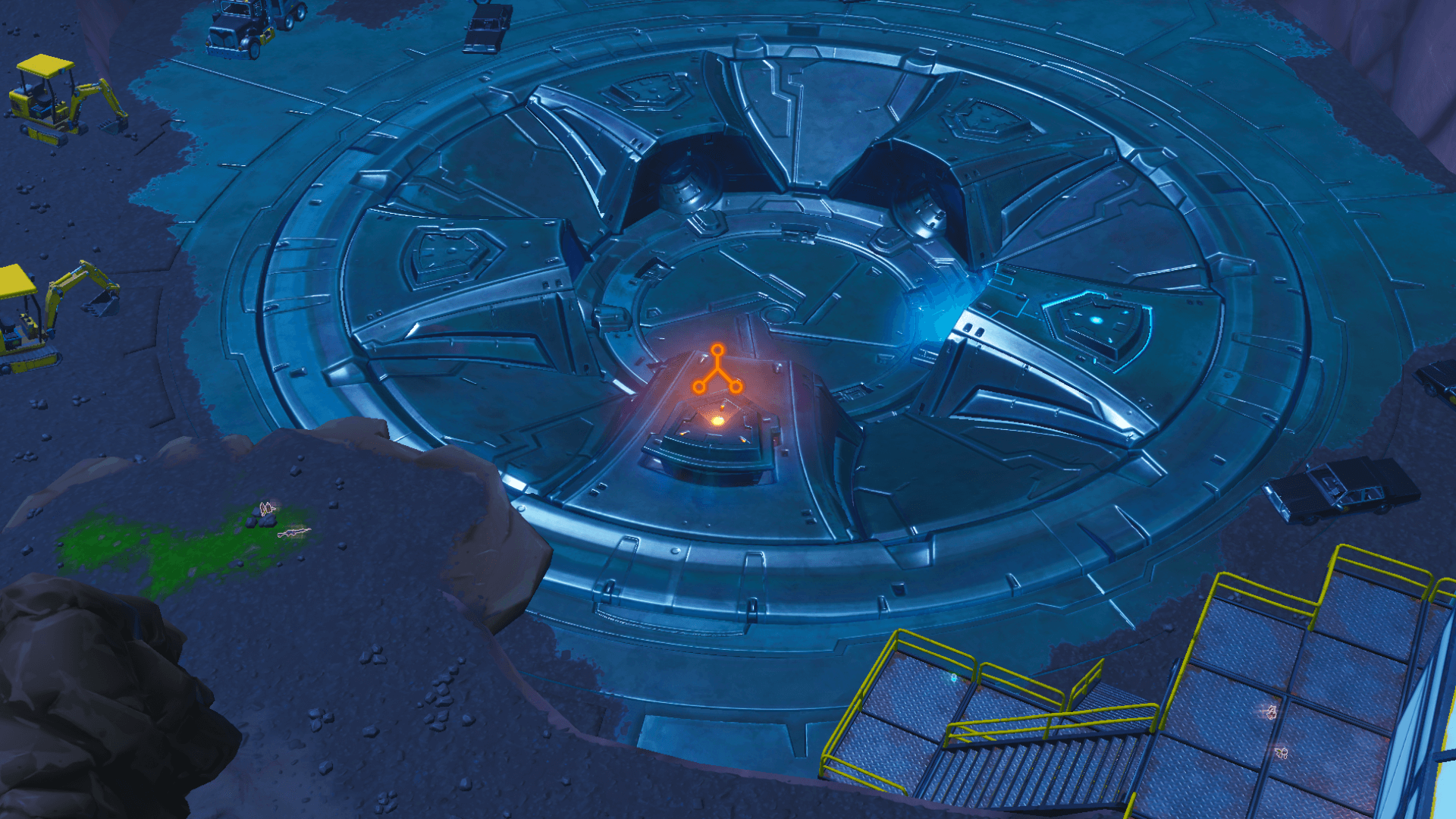 Fortnite: Battle Royale players who’ve been playing season eight for the past couple of weeks have noticed weird events happening around Loot Lake. What was once just part of the lake has now become a huge metal hatch and tech facility.

That hatch appeared after the game’s v8.40 update, and it’s been the main focus of attention of players since then. Players knew something was happening to that area a few days before it all changed, since the machines that were being used to dig small excavation sites in other areas had all circled the center of that area.

The Loot Lake hatch is still a mystery, but we’ve gathered all the information we have about it here so you can follow how it’s all unfolding.

After the Loot Late hatch was built, Fortnite data miners spotted five runes in the game’s files. They looked a bit like the ones the giant purple cube that players named Kevin burned on the ground two seasons ago, which led people to believe the cube was returning to the game.

But players discovered a few days later that these runes will likely appear on the slots of the hatch, since they spotted one of them on top of that slot. The rune made the metal pedestal that held the rune float in mid-air and travel around the Fortnite island until being plugged into the metal hatch again, and it now seems to be activated.

This is leading players to believe that these runes are the keys to open the metal hatch and reveal what’s in it, and they have to somehow activate all five runes before season eight ends.

Players have since been trying to activate the second rune, and the key seems to be aligning the three beam of light coming out of spherical runes with the metal pedestal in Loot Lake.

What’s inside the hatch

The only clue we have is that it’s located precisely where Kevin the cube exploded in season six, so it could be tied to the cube or its powers to some extent.

When players will solve the mystery

This entire event seems to be the leadup to season nine, and it’s probably what’ll make the season eight storyline end. Players might see new developments of this mystery until season eight ends on May 8. Until then, more runes are set to appear and players will probably have to work together to activate them and get one step closer to the solution.