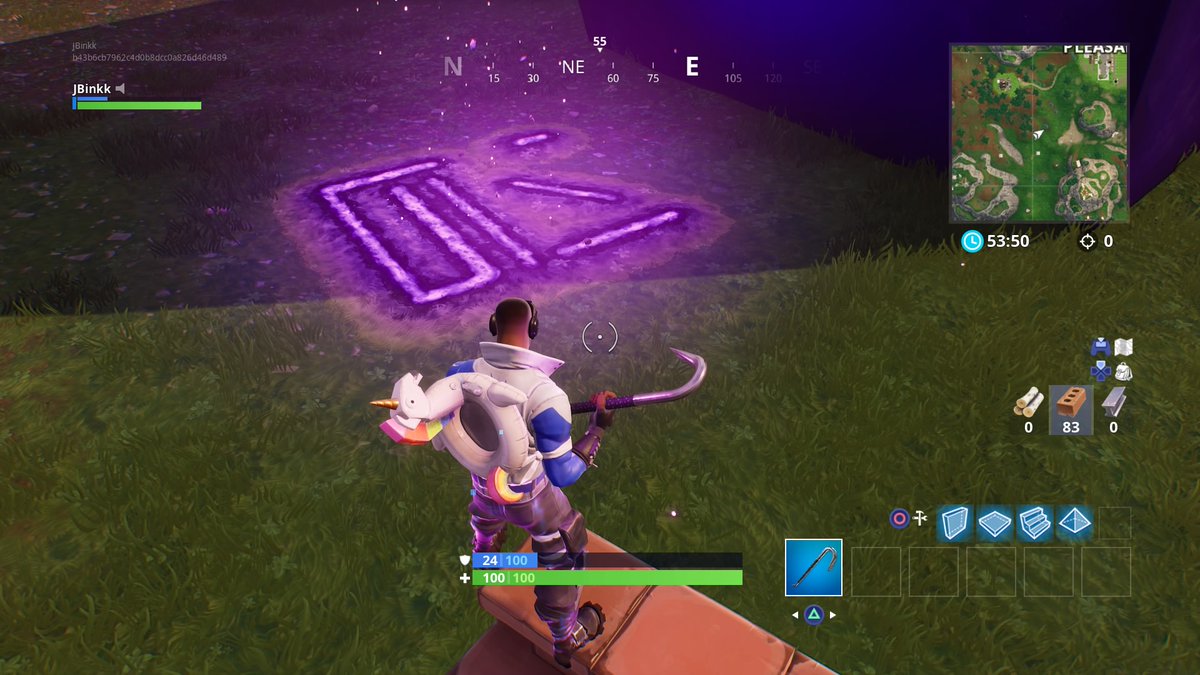 Continuing with its weeks-long pattern, the giant purple cube in Fortnite has burnt another rune into the ground.

This rune is located southwest of Pleasant Park, the same spot in which the cube spawned its seventh low-gravity field on Sunday. But this rune may turn out to be the final one.

Since then, other gravitational fields have emerged near Greasy Grove, Salty Springs, Retail Row, Wailing Woods, and Lazy Links. And each time, the second, third, fourth, fifth, and sixth runes spawned at these respective locations the following day.

The Reddit post that correctly predicted each rune location doesn’t mention any after today, however. If today’s rune near Pleasant Park is actually the final one in the series, there’s really no way of knowing what will come next.

The cube has done some weird stuff in its time on the Fortnite map, but if it’s going to be the catalyst for season six, things are probably going to get even weirder very soon.