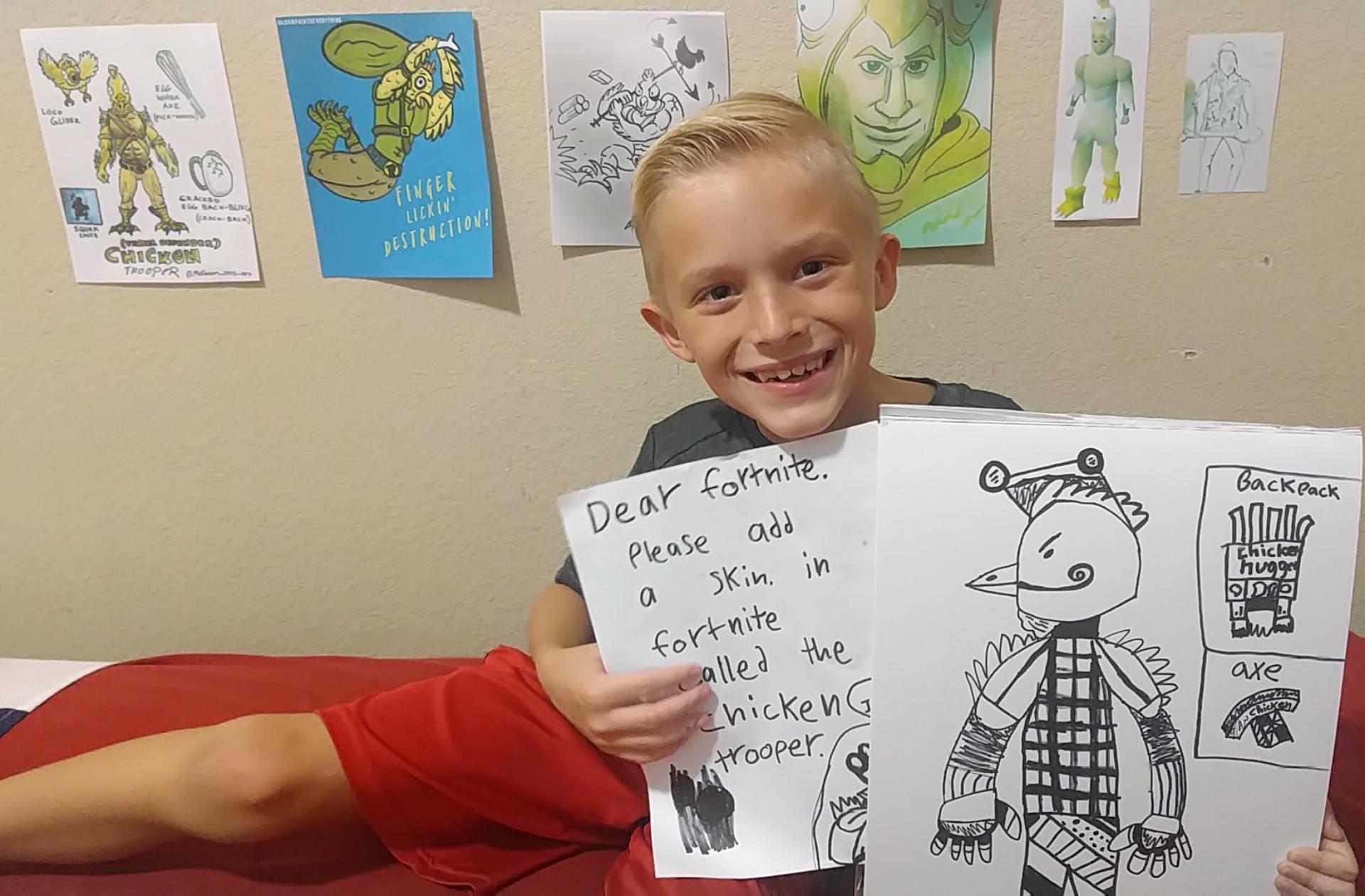 In the past, Fortnite fans have created incredible and unique concepts for in-game cosmetics, but none of them have seen the moment of this sketch by an eight year old.

Reddit user /u/tfoust10 revealed the creation of his eight-year-old son, Connor, earlier in the week. The Chicken Trooper, a strangely adorable poultry outfit, captured the attention and praise of the Fortnite community.

The initial post has garnered nearly 40,000 upvotes, with a follow-up post, displaying a larger mock-up of the outfit and similarly-themed backbling and pickaxe, surpassing the 26,000 upvote mark.

Connor’s only dream is to play with “some guy named Ninja,” his father said. And while there is certainly no ruling that possibility out, it seems like a good consolation prize to have your artwork adored by thousands of other Fortnite fans.

The Chicken Trooper has also become the inspiration for other community ideas. Take /u/Etsyturtle2 for example, who gave the Chicken Trooper their own gladiatorial touch, including a giant whisk pickaxe, cracked egg backbling, and “Squak” emote. The proposed name change to Tender Defender has also gained some momentum.

While the Chicken Trooper and Tender Defender may never reach Fortnite’s item shop, Connor has undoubtedly become a hit in one of the largest gaming communities in the world. Thanks to his father’s Reddit post, and Connor’s creativity, we can be just a little more egg-cited.