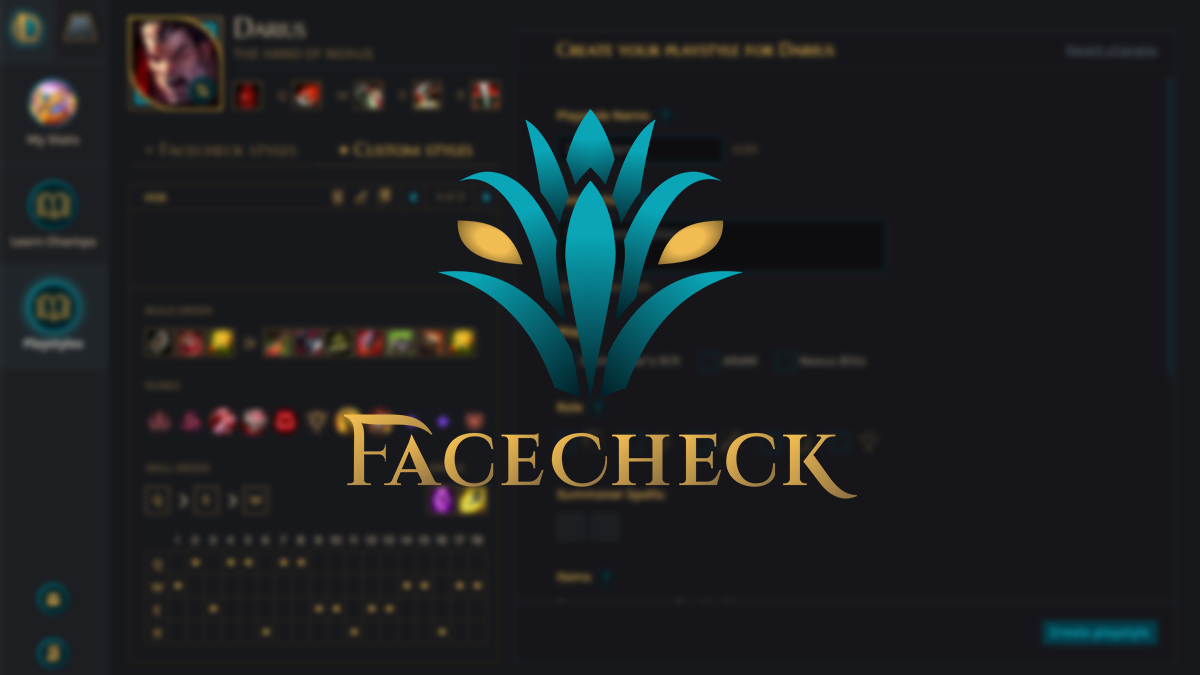 This article proudly brought to you by Facecheck

One of the most challenging aspects when striving to improve your League of Legends gameplay comes is analyzing your own performance and crafting a playstyle to match up with the enemy team.

This could be simply struggling with selecting the right champion, not knowing the right bans to make based on the current meta usage, choosing the right builds, and what counters you will need to work around in the match.

Facecheck aims to improve your overall performance by providing simple and easy tips on champion matchups, instant builds, and analysis for both your teammates and opponents based on their previous performances. This is all done through the Facecheck app that runs through Overwolf’s platform. Starting in the draft, Facecheck automatically provides feedback in three different tabs, giving you insight into what picks and bans are optimal depending on your situation, various team stats, and playstyles that you can use with your selected champion.

The Picks and Bans tab will show you the five most commonly picked and banned champions depending on role and rank. Your best champs will also be displayed in their own window along with their counters, just in case you plan on busting out a pick you are already comfortable with.

This will be extremely useful for newer players or anyone trying to expand their champ pool, as it will help them figure out just who they should ban according to both the current meta and previous performances using a champion.

As for the Team Stats tab, you can use it to view a basic breakdown of your teammates, including their most played champs, winrate, rank, level, and other nice details. This will help players decide which role they should play and could influence just how the draft goes.

Lastly, Set Runes and Items will show you various playstyles based on Facecheck’s recommended builds, pro-builds, and even use a few custom playstyles that you end up creating for yourself.

This tab will allow players to quickly and easily push rune configurations, summoner spell choices, and even full item builds straight into the game, which helps take away some of the pressure that comes with drafting as a whole.

While using the desktop mode of Facecheck you can access the Create a Playstyle feature, which allows you to create your own custom playstyle for any champion and use it in champ select and in-game at any time. All you need to do is fill in all of the fields, save it, and hop into a game.

There is also an in-game overlay available that will mesh perfectly with the LoL client, meaning you won’t need to Alt+Tab at all during your match to access it. It features breakdowns on all of your opponents, metric tracking, and more.

Using the overlay will allow you to see your opponent’s track record, win rates, tags detailing their playstyle in recent matches, items they like to build, and several other useful bits of information. And you can easily track important stats like CS, Gold, and KDA live using the in-game widget, even doing it on a second monitor if you have one.