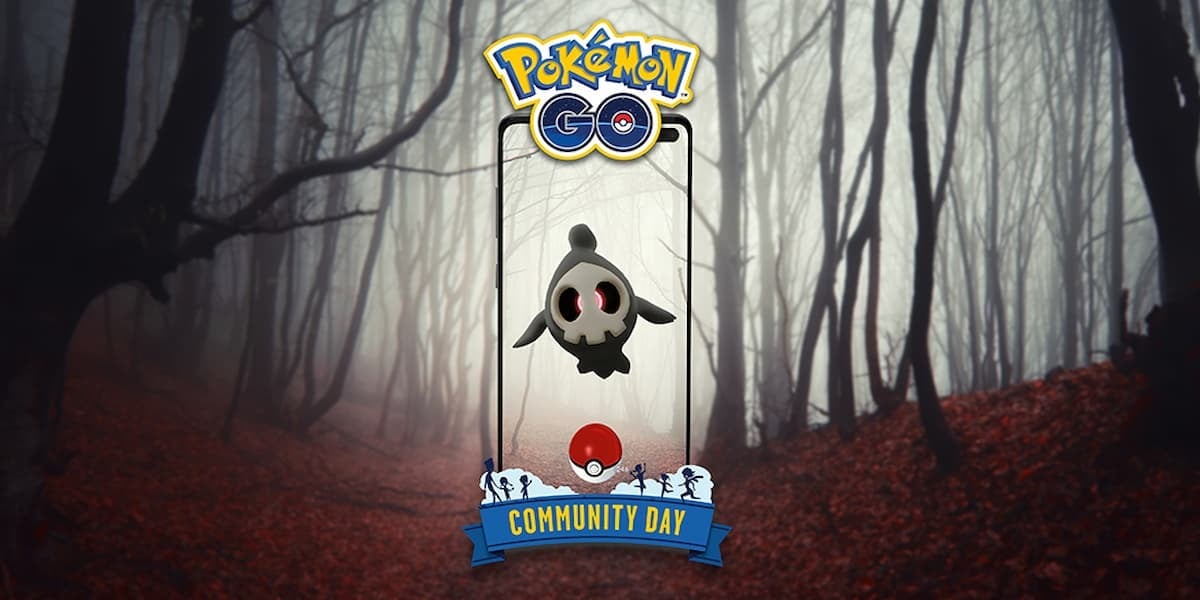 October is spooky season and Pokémon Go has kept with the theme by revealing Duskull as the next Community Day Pokémon.

Duskull Community Day will take place on Saturday, Oct. 9 from 11am to 5pm local time. During that time, Duskull will spawn in greater numbers and there will be several other perks available to trainers, including a ticket for Special Research called “Nothing Dull About This Skull.”

The Duskull Special Research ticket will cost $1 and unlock a special line of research with varying rewards. Tickets purchased for this Special Research are non-refundable, but they’re not timed, which means those who don’t complete the challenge within the Community Day hours are still able to finish it after the event is over.

For those who don’t want to purchase the Special Research ticket, there will be a free Timed Research that awards four Sinnoh Stones to players who complete it. Thirty Ultra Balls will also be in the shop for free during the event.

For those looking to refresh their item bag, there will be a special one-time-purchase Community Day Box available for 1,280 PokéCoins, which includes 50 Ultra Balls, four Incense, four Star Pieces, and an Elite Charged TM.

There will also be increased Stardust for every catch made, and Incense and Lure Modules will last for three hours each. Trainers will have a chance of catching a shiny Duskull, which has a red body instead of a black one. If trainers take a snapshot of one of their new Duskulls, they’ll be in for a surprise.

Duskull is a Ghost-type Pokémon. Evolving a Dusclops into a Dusknoir will allow the Pokémon to learn the Charged Attack Shadow Ball. Evolutions must take place during the event or up to two hours after the event has concluded. It costs 25 Duskull candy to evolve it into a Dusclops and 100 Duskull candies and a Sinnoh Stone to evolve it from Dusclops to Dusknoir.

While Duskull is a Pokémon that many trainers enjoy shiny hunting, it doesn’t do well in raids or battles and it’s doubtful that the new Shadow Ball move will make much of a difference. The Pokémon may have some use in PvP but players still aren’t sure what kind of value the Ghost-type Pokémon will bring.

Trainers have been requesting a spooky-themed Pokémon for years. The past three years have been a disappointment, with Charmander, Beldum, and Trapinch taking the October slot. But this year, Pokémon Go trainers finally have a Ghost-type Pokémon for October Community Day to celebrate Halloween.