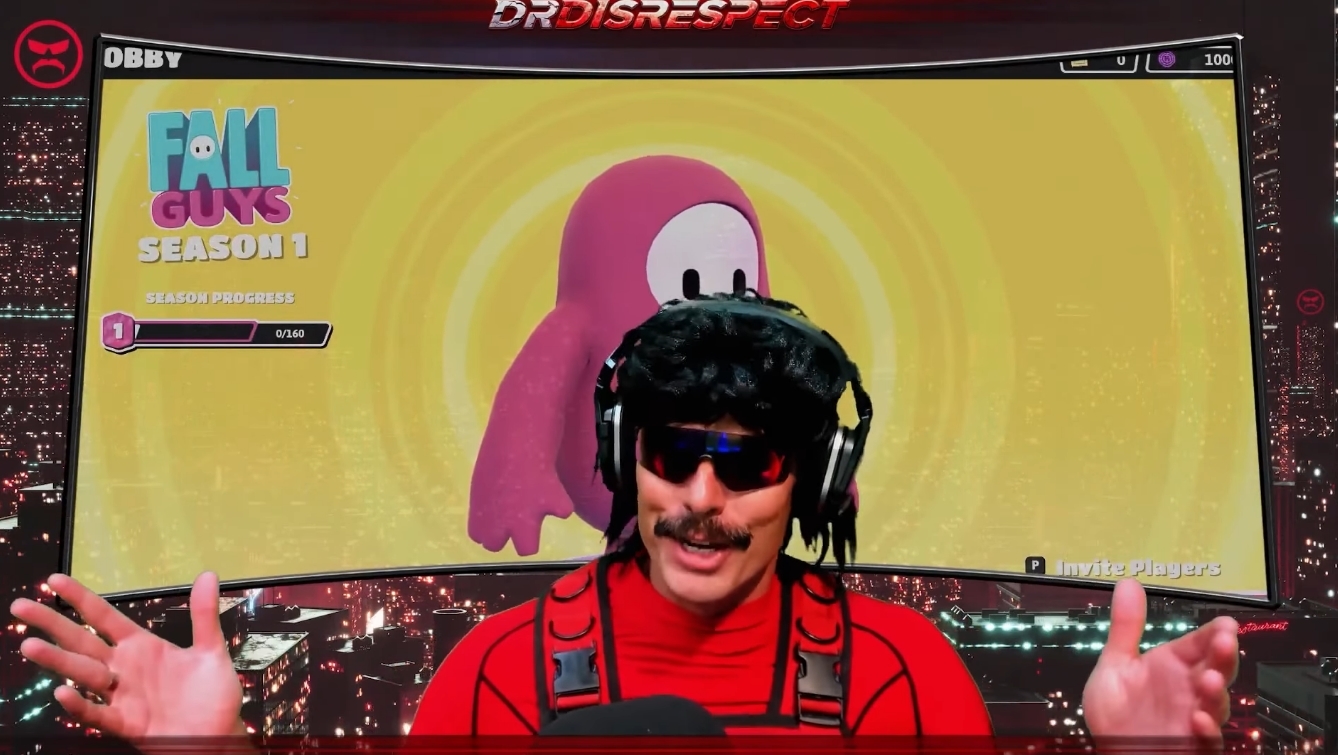 In what can only be described as a war between two of gaming’s biggest juggernauts, Dr Disrespect is teasing a Fall Guys battle with none other than PewDiePie today.

In a short tweet this morning, Doc simply said “today’s stream should be interesting,” along with a GIF that features his and PewDiePie’s faces imposed on Fall Guys characters.

When it comes to YouTube, there’s literally no one bigger than PewDiePie. His 106 million subscribers dwarf other gaming creators and he’s recently started streaming a lot more on the platform, too.

This is likely a partnership between Doc, PewDiePie, and YouTube to help bolster the streaming side of the YouTube Gaming platform. YouTube’s head of Gaming, Ryan Wyatt, recently teased that there was “so much more to come” from the live side of YouTube.

The team of both Doc and PewDiePie would surely bring hundreds of thousands of live viewers, especially when combined with Fall Guys, which is hugely popular at the moment.

Doc’s return stream, his first on YouTube, peaked at about 510,000 viewers last week. He dabbled in Fall Guys earlier in the week and struggled a bit before picking up his first win, so he’ll have to be on his A-game to take down PewDiePie if they play together today.