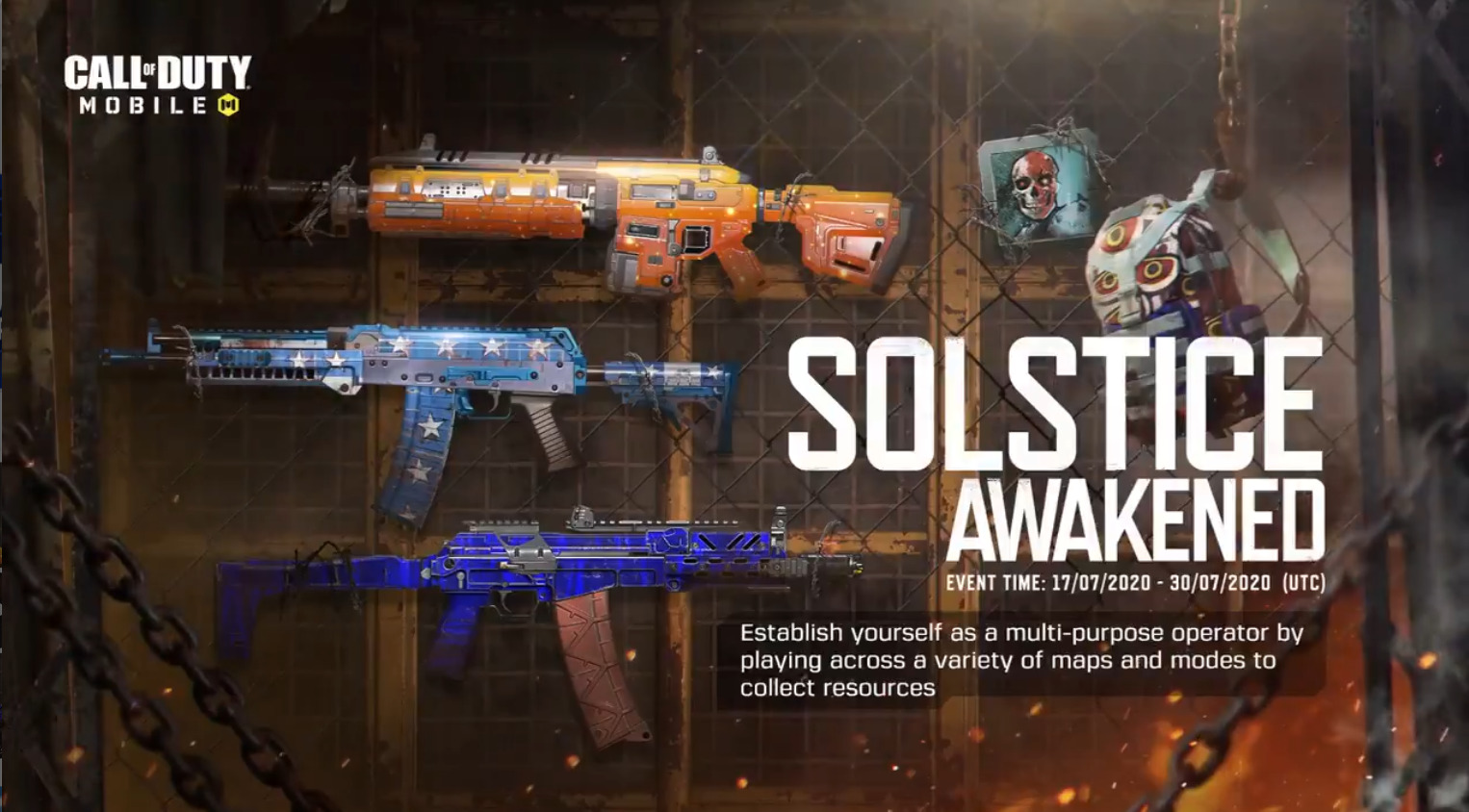 One of the highlights of season eight, the Solstice Awakened event, is now live in Call of Duty: Mobile. The event will run until July 30 at 7pm CT and will give players some amazing rewards, including the Man-O-War assault rifle with the Nuclear Fallout skin.

In this event, there will be a rotating playlist of maps on which players can compete to get “exchange items.” These items include petrol, toilet paper, or ration. The playlist of maps will be updated daily until the event ends.

Simply playing on the featured map and getting kills will give players the rations. These rations can then be exchanged in the “exchange center” found in the featured events tab of the game.

Here are the items rations can be exchanged for.

Backpack one with Sight Unseen camo

Call of Duty: Mobile's eighth season is underway and is called “The Forge.” The season will run until early August. The season brought the Highrise map and the Juggernaut multiplayer mode. A new operator skill, Katana, will also be releasing later this month.