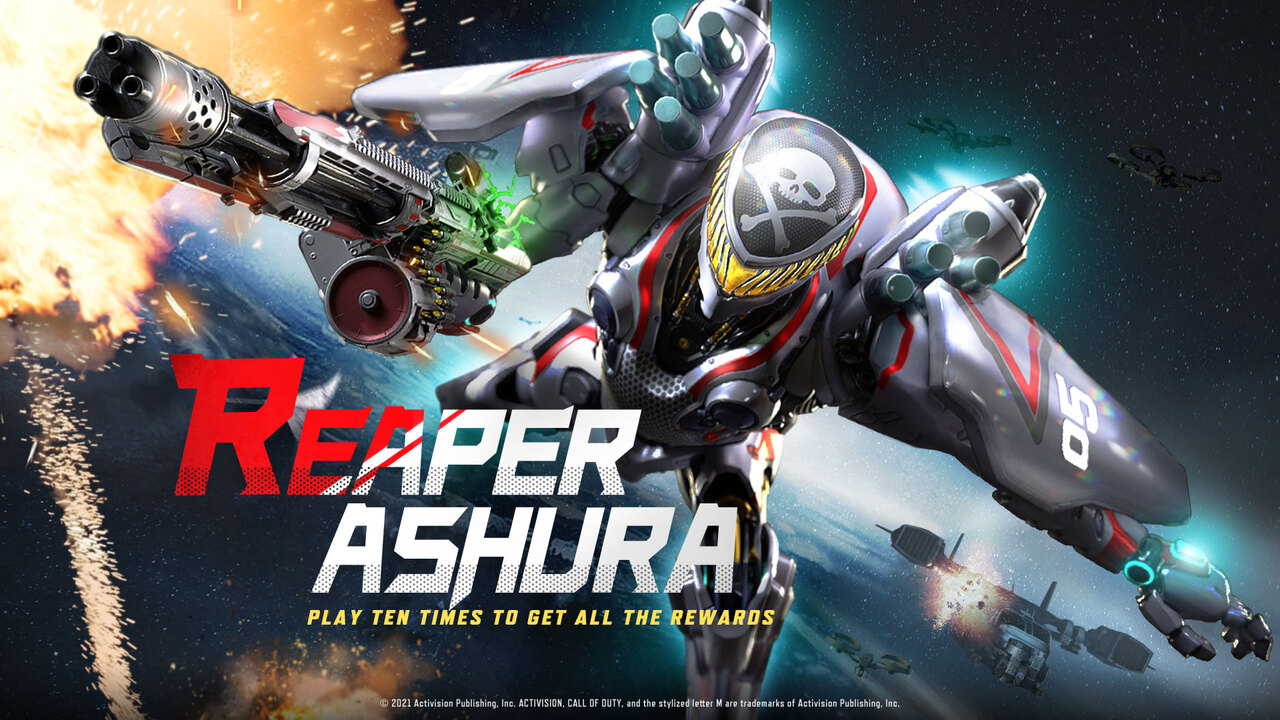 The legendary mecha operator is designed by Japanese artist Shōji Kawamori, who has worked on the Macross, Robotech, and Transformers franchises in the past. It can be unlocked through the Ashura Lucky Draw in the ongoing season seven of the game.

The draw cost 10 COD points initially, but increases for each subsequent time it’s used. The initial probability of getting the Reaper – Ashura is a mere 0.08 percent, though this will increase as you unlock other items.

Other than the operator, the M4LMG – Salamander is another highlight in the Ashura Lucky Draw. The legendary weapon blueprint was also designed by Kawamori. It has electrically charged ammunition which creates an explosion when eliminating enemies.

CoD: Mobile’s season seven, Elite of the Elite, will run until late September. It introduced a lot of new features to the game such as the Scrapyard 2019 map, Ozuna: Kill Confirmed mode, Kinetic Armor operator skill, and more. A new map called Monastery will also be joining the game soon.