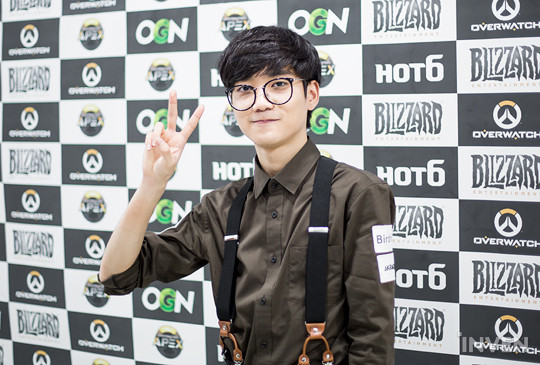 Cloud9 kicked off the first series of Group C by taking down CONBOX Spirit 3-1. Though they dropped the first map, Cloud9 confidently came back to win three in a row. Right before the tournament started, Cloud9 made a roster change, bringing in Daniel “Gods” Graeser for Kyle “Kyky” Souder, with the later going inactive and helping coach EnVyUs.

The next series took place after the January patch, with Kongdoo Uncia and Afreeca Freecs Blue playing. Kongdoo won Oasis and King’s Row before Afreeca was able to take one back on Volskaya. But, Kongdoo sealed the deal with a win on Gibraltar. Last years’ runner-up got off to a slow start in this loss to Kongdoo.

Kongdoo Uncia continued their strong start with a 3-0 sweep over a comparatively weak CONBOX Spirit team. Though CONBOX features a name some may recognize from his League of Legends days, Noh “Gamsu“ Yeong Jin was not strong enough to carry CONBOX past Kongdoo.

Afreeca played C9 next in what would be one of the most crucial matches to decide who would move on from the group. All four maps played were incredibly close but Afreeca took the series 3-1, giving them a massive advantage when it came time to determine who would make it out of groups.

Despite Lucas “Mendokusaii” Håkansson’s best efforts, Afreeca was able to grab three maps with a one point difference on most of the maps. They took the edge on Lijiang Tower before C9 out-pushed them on Numbani. Afreeca came back to win a long Volskaya matchup and sealed the game on Girbraltar.

CONBOX did throw a wrench into the workings in their last series against Afreeca. In a surprise to everyone, CONBOX took the series, winning 3-2. The first three maps were all one sided for either team, but the fourth map is where the series truly began.

CONBOX narrowly took Route 66 after they were able to push the payload to the end of the map while Afreeca could not match them. On the last map, Eichenwalde, CONBOX matched the mark set by Afreeca and beat it to take the series, thus putting Afreeca’s hopes of making it to the next stage out of their hands.

Cloud9 nearly beat Kongdoo Uncia to take second in the group but had the door slammed in their face and had to pack their bags. Cloud9 put up a hard fight and played more coordinated and better than they had all throughout the group stage, but it was not enough to take down the final boss of Uncia.

Uncia stomped their way through the group stage and that was due in part to Kim “DNCE“ Se Yong. The formerly bearded boss is extremely important to this team, specifically when he is on Roadhog. With the new buff to Roadhog, he will be even more important to get picks to open up points for Kongdoo.

Though it was not the prettiest run, Afreeca Freecs Blue made it through the group. They advanced with help from the carry play of Jeong “ArHaN“ Weon Hyeop. The Genji main is still the face of the team and has given his team a chance by making it to playoffs. He will need to be at the top level in order for his team to make it far.

Cloud9 and CONBOX had moments of greatness in the group stage but failed. Though they could not make it out, Cloud9 was coming together as a team later on in the group stage and may be set to go back to North America and dominate the region. CONBOX will struggle in the promotion tournament, but this is not the last we have seen of this team.