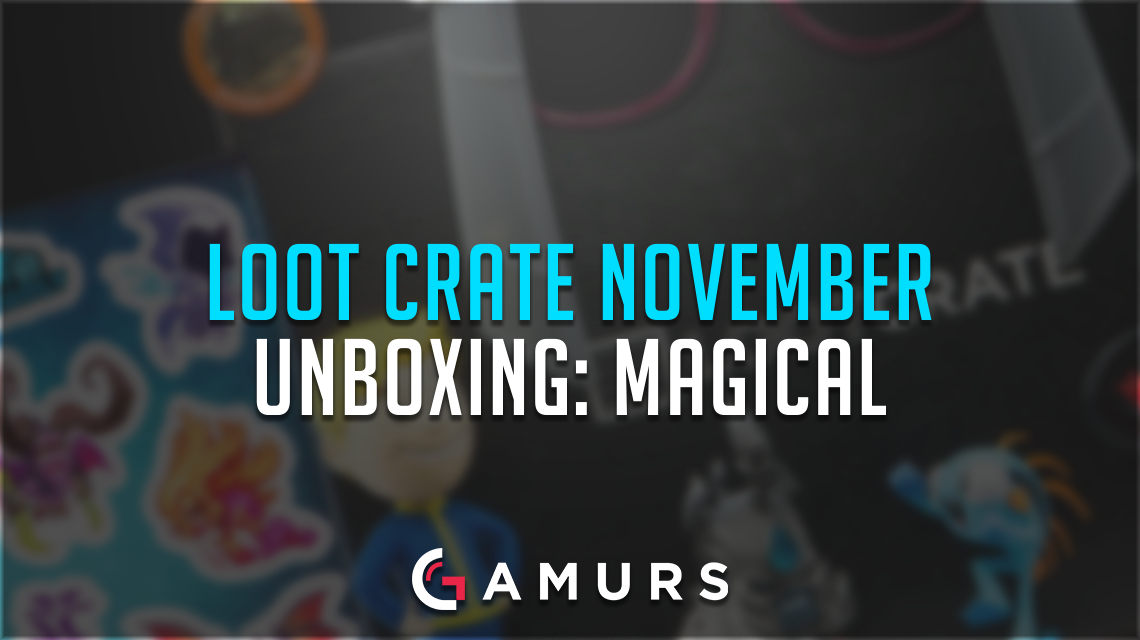 We sat down with Chris “PapaSmithy” Smith, a League of Legends freelance caster contracted with OGN in Korea, to talk about numerous things. Read on to find out about casting, the LCK, and PapaSmithy’s favorite food.

PapaSmithy: It was an honor to be chosen as part of the Riot broadcast team for Worlds this year. After declining the first Riot event I was invited to, MSI 2016 alongside my colleagues MonteCristo and Doa, there was always the chance I would not be considered for events going forward. I reached out to Riot near the tail end of LCK Summer 2016 to let them know that regardless of the events of the past, I was very interested in attending Worlds and from there negotiated a scenario that worked for both parties – Riot wanted me on board as a Korean League of Legends expert and I had to make sure that I didn’t go against the spirit of the reasons which prevented me from attending MSI – I was part of a public facing statement, so it was very important to me that I not break my word.

Being a part of the Riot casting team for both Worlds and the All-Star event was an absolute pleasure. Riot has endless resources and personnel to ensure that their events run smoothly and that their talent has everything they need to put on a great broadcast. These resources make the job of a caster very straightforward, but also cuts through any excuses – the quality of your performance is purely on the individual as every outside factor is addressed and taken care of.

What got you into the League of Legends scene in the first place and what would be the most memorable moment of your career so far?

PapaSmithy: I first started playing League of Legends in February 2010, on the recommendation of a college friend who I used to play Dota Allstars with over a decade ago now. I was very sceptical at the time given that I’d moved on from the genre, but I played a custom game with my friends as Gangplank and went 5/0/5. Buoyed by that success, I put a lot of time into the game, eventually playing semi-professionally in the Oceanic scene while it was still based on the NA server in early 2012 and dabbling in casting while working my full-time job as a School Psychologist/Counsellor.

The most memorable part of my early career was definitely the GSG vs. CJ Entus NLB 2012/2013 Game 5 that I cast with Pastrytime – it’s the game that defines the early part of my casting career even if it’s super hard to listen to now! Pastrytime was already a great caster at the time, but I had a lot of technical things I needed to work on back then with very little direction on how to improve. That game is seen as the high watermark for innovation in the history of League of Legends competitive play, so playing a part in understanding the game and the draft as it developed was super rewarding.

In terms of my professional casting career, it was definitely being a part of the ROX Tigers vs. SK Telecom T1 Worlds 2016 Semifinal broadcast – the rivalry between those two teams was my favorite as a caster because the teams were different in terms of playstyle on the rift, but also the bubbly personality of the Tigers clashing with SKT’s more professional edge – every best-of-five between these two teams was a joy to watch, but this one was on the World stage in front of a sold out and completely rapturous Madison Square Garden crowd who responded deafeningly to every twist and turn of an amazing five game series. To me, this series was the best in Worlds history and I will always pinch myself that I played a small part in it.

Is there any person you looked up to before your career that got you into casting and was a source of inspiration?

PapaSmithy: Growing up, I watched and admired a lot of broadcasters without knowing it would be a field I would find myself in. I was a big wrestling fan growing up so when it came to emotion & hyperbole you can’t look past someone like Jim Ross, or the dynamic of a duo like Jim Ross & Jerry Lawler in their prime. On the traditional sports side of the coin, there was Jon Champion in the Premier League that I really respected for his ability to match an amazing passage of play with a line of commentary that would resonate just as strongly with the audience.

Finally, when it came to League of Legends, in particular, I would never have even known about the potential for a color commentator role in the broadcast until I watched Kings of Europe with Deman and Jatt – I did not come from Starcraft and another esport fandom like many of my peers, so the hype/expert caster dynamic was new to me, and Jatt’s performance made me realize that a platform existed for me to channel my League of Legends knowledge in a different way.

PapaSmithy: I think this is always an important topic because right now there is a great shortage of casting talent coming through in the League of Legends scene. For anyone looking to become a caster, my advice to you is to just start casting – find content that interests you either new or old and record yourself over it. Watch over the VOD and when you reach a place where you are proud of the work you’ve done, start curating a YouTube channel of your casts. From this point, find bigger and bigger platforms for you to get noticed – amateur tournaments, GO4LOL’s, whatever content you can get your hands on.

There is very frequently threads of community sites like Reddit looking for amateur shout casters – having a portfolio of your work will separate you from people who are just showing a passing interest in doing casting, and every event is another piece for your portfolio.

How do you get yourself mentally prepared for work? Is there a particular method to psyche yourself and research?

To be honest, I find it very easy to get mentally prepared for a League of Legends cast – I’m still in awe that people enjoy listening to me unwrapping the mystery of a game of League of Legends on the broadcast. I’m doing what I love and I’m thankful for the opportunity that I’ve been granted to do so.

Looking at the LCK this year, there are many teams forming that look super powerful, but I have to ask, who do you feel is the team to look out for in the LCK from the currently confirmed teams we have? KT Rolster sticks out in my mind as an example.

PapaSmithy: I think eyes are naturally drawn to SKT and KT when it comes to favorites for the next season of LCK – SKT adding Huni and Peanut adds even more mechanical prowess and carries while KT congregating multiple ex-Samsung players while retaining the best jungler and adding the best top laner in the World in Score and Smeb makes them instantly fascinating teams to track. All the roster stacking from SKT, KT, Afreeca and Longzhu make them instantly interesting to track, but I hope fans also keep their eyes on the teams that actually retained their 2016 identity – I said on the IEM Gyeonggi broadcast that I think Samsung Galaxy retaining their whole roster makes them early frontrunners for LCK Spring 2017 before top level competitive synergy can be developed in the ‘super team’ rosters and I personally am super interested to see how MVP and Kongdoo Monster will do after retaining their rosters.

Do you feel that the other regions will ever be able to challenge the LCK on the global stage after so many years of dominance?

PapaSmithy: The Gap gets a lot of free advertising in League of Legends broadcasts as we talk about it endlessly. I think it’s difficult to reconcile the fact that assembling five native team members who are superstars in their role has historically proven impossible as the competitive scene has matured, which inevitably led to the proliferation of imports into different rosters. While this answered the mechanical needs of many teams, communication then became the frontier that separated teams – a team that wins the World Championships needs to be at the highest level of communication and mechanical talent. I often wonder about the ceiling of the season five Fnatic roster if they had stuck together while their region had strengthened around them – to me, the need for immediate success to appease sponsors and fans in esports means that a settled roster which is allowed to gel and also accommodate the needs of imported players acclimatising to a new culture and language seems infeasible outside of Korea.

Finally, a little fun question… from your experiences travelling around the world, what and where is the best place to eat?

PapaSmithy: Korean food is truly the meal of esports as each international event inevitably becomes a race to find the best KBBQ place around, but that feels like a cheat answer since I live and work in Korea now. I must admit that I had excellent Prime Rib at a restaurant named Hillstone in Los Angeles during my Worlds journey, so if you’re in the area check that out.

I just wanted to thank you for your time once again, it has been an absolute pleasure watching you this past year and I cannot wait to see what the next year holds for you. Is there anything you would like to say to your fans to finish us off?

PapaSmithy: Thanks to all the viewers who give me the opportunity to do what I do. I read each and every piece of feedback directed at me and strive to always be improving – my favorite thing about being a caster is that you’re never ‘done’ – you could’ve improved your posture and smiled more at the top of a broadcast, you could’ve framed your analysis in a more tight manner, that joke you made could’ve been delivered better – broadcasting has ever shifting goal posts and that, for me, that is super rewarding.

So finally, I thank you all for your patience as I developed my skills as a caster and I will keep on evolving as a caster to do my best to be a value add to the broadcasts I’m a part of.

I want to thank PapaSmithy for his time in the interview over the holiday season. We at GAMURS wish him ‘Happy Holidays’ and appreciate the time that he gave to answer some questions for us. We look forward to seeing PapaSmithy casting the LCK this coming split and will see him at an international event in the future.

Be sure to follow Chris “PapaSmithy” Smith on his twitter @PapaSmithy and look out for him in the 2017 season of League of Legends in the LCK and beyond.