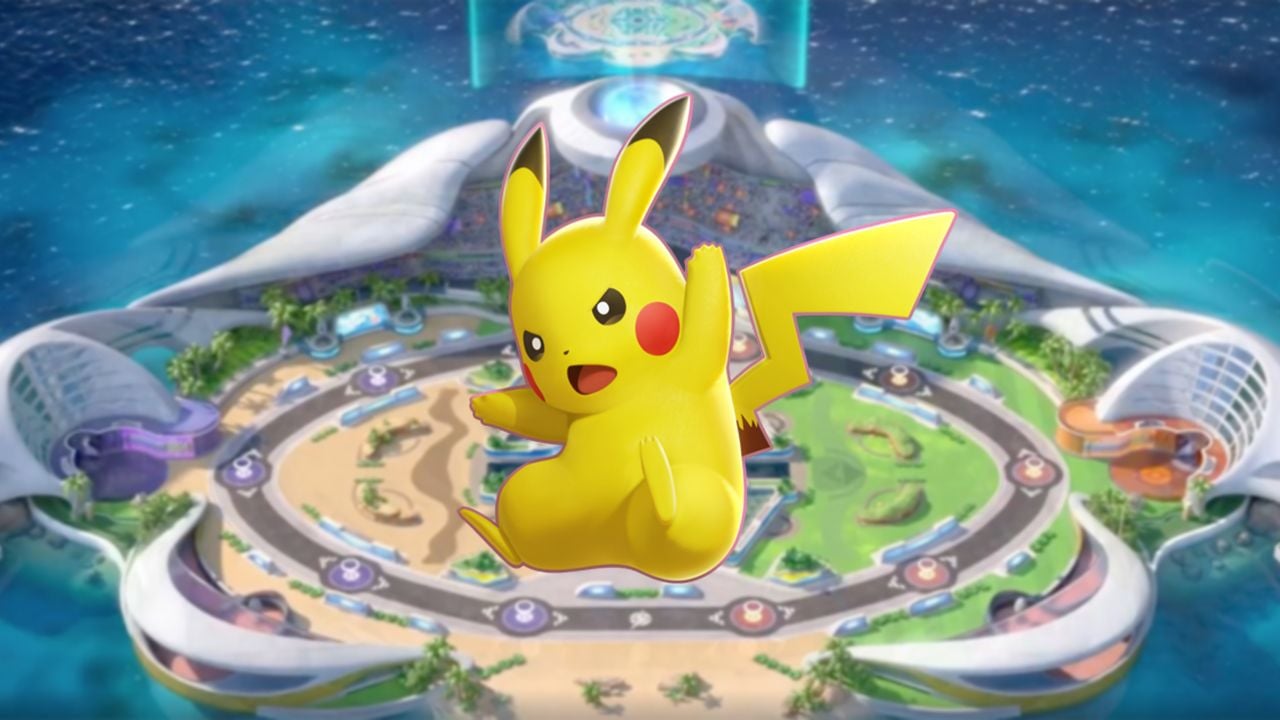 Pokémon UNITE has a relatively small roster compared to other MOBAs, which means it is absolutely key to learn the optimal builds for each Pokémon you want to play for different situations.

Pikachu is not only the mascot of the entire Pokémon franchise, but it is also one of the Pokémon you can unlock right from the start of the game. This makes it a staple of many beginner players’ UNITE lineups and can be a powerful ally or opponent once you begin matchmaking.

And, even if you don’t pick it up at the start, you can grab Pikachu’s Unite License from the Unite Battle Commission for 6,000 Aeos Coins or 345 Aeos Gems.

The Electric-type Pokémon is classified as a novice-level Attacker, with a specific focus on ranged attacks. You will almost exclusively be using Pikachu as an offensive option, though it does have some flexibility and can fill a ranged support role if a team is playing with specific, bulkier lineups.

If you plan to rock with the speedy rodent, here is the best build you can use to bring out Pikachu’s full potential.

Because Pikachu is going to be almost entirely focused on dealing as much damage as possible in the shortest period of time, you will almost exclusively want to give yourself boosts to the most important stats at your disposal: Special Attack and Speed.

The Float Stone is a little odd because it boosts Attack and not Special Attack, but the plus-10 in movement speed when not in combat is what you want this item for. This will let you move from place to place a little bit faster.

Simply put, Wise Glasses will be a staple for any Special Attacker. It only boosts the one stat, but that is all you need to maximize Pikachu’s deadly options, especially when you fully max the item out.

This is more situational, but since Pikachu is basically only going to be running around with the goal of knocking out opponents and scoring points, the conditional nature of the Sp. Atk Specs to give you the increased stats is worth it.

Playing with that Float Stone speed boost outside of combat is great, but you will still be vulnerable to being pinned down by opposing Pokémon, being cut off from any escape options, or their teammates. That makes the Eject Button perfect for Pikachu because it gives players an easy way to gain more distance from a potentially sticky situation.

Alternative options include X Attack or X Speed, which will also help boost Pikachu’s stats for a brief period.

Thunder Shock does some direct damage to multiple targets if you can aim it properly, and it can provide a small Stun effect too. As a first pick, this is great to farm early XP and build towards becoming a devastating offensive force. Electroweb also comes online later, which gives Pikachu a great early one-two punch to pick off opposing Pokémon.

Electro Ball is great if you are playing a faster, much more aggressive game or going for quick ganks, but Thunder is perfect for laning with teammates and potentially bursting down multiple enemies at once. It is great for impacting large areas and taking down camps of wild Pokémon, or even deterring potential pushes from your opponents too.

Upgrade (Level 11): Increase the number of times this move attacks

The signature Electric-type move is just as strong in UNITE as any other Pokémon game, providing Pikachu more damage dealing potential, along with leaving impacted enemies unable to act for a short. Volt Tackle is less than optimal because, while it can be good for rushing down a retreating opponent, it also gets Pikachu closer to the action, leaving you more open to being taken out.

Just like with every other Pokémon, Pikachu gains access to its Unite move at level nine. Thunderstorm lets you instantly call down multiple hyper-powered bolts of electricity to any enemy in the surrounding area.