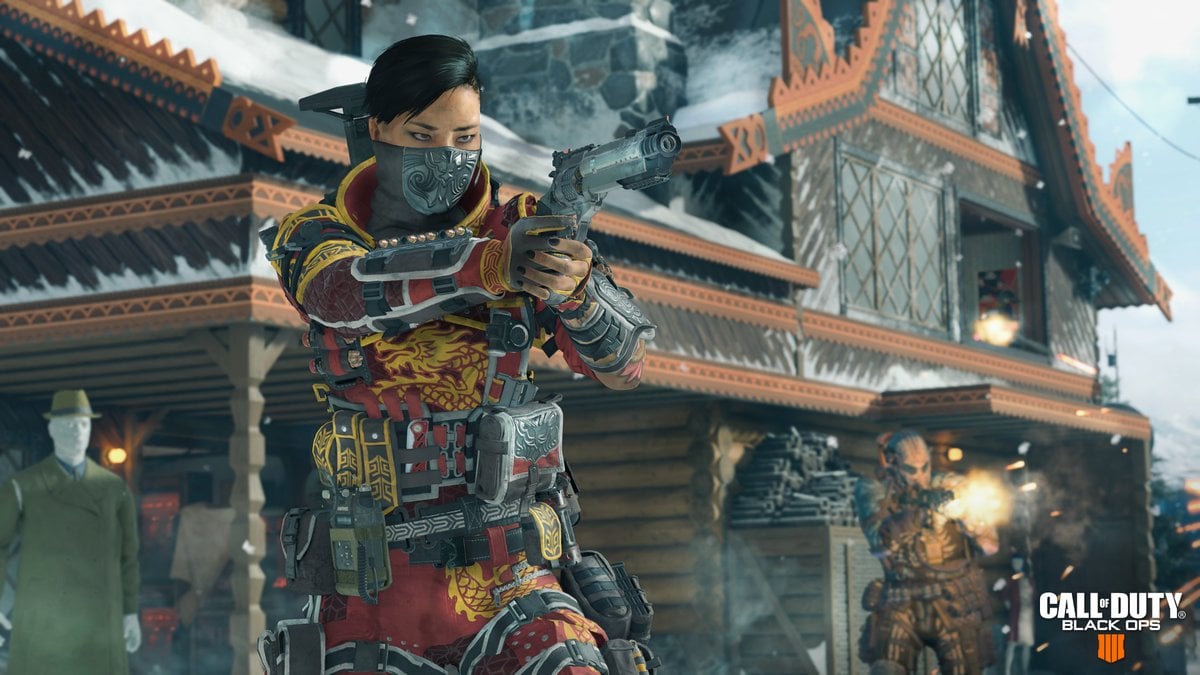 Veteran Call of Duty players always look forward to the holiday season for one reason in particular: Christmas noobs. The term refers to new players who just get the latest Call of Duty game on Christmas and have to start from level one while thousands of other fans have already logged days of game time.

Sure, it may sound a little like bullying, but that’s the way of the road in the Call of Duty community—players want to rack up kills in any way possible.

Related: Here’s what happens when you prestige in Call of Duty: Black Ops 4

If you plan on taking full advantage of facing off against new players this holiday season, you’re going to need to be prepared with decked-out multiplayer classes. We’ve compiled a few of the best loadouts you can use to slay Christmas noobs heading into 2019.

Some of these loadouts will feature the most popular weapons used by professional Call of Duty players, while others are strictly for public multiplayer. Here are some of the best multiplayer classes for pubstomping Christmas noobs in Call of Duty: Black Ops 4.

The ICR is one of the strongest weapons in the game, especially in long-range engagements. And Grip II is one of the best attachments in Black Ops 4—it basically makes it so that there’s no recoil when shooting your ICR.

If you’d prefer to throw another attachment on your ICR, take off Perk Three Greed and equip Primary Gunfighter One. The Cold Blooded and Ghost perks will help protect you from enemy scorestreaks, allowing you to stay alive and maximize your kill potential.

Although the Maddox is classified as an assault rifle, it’s really more of a hybrid mix between an AR and submachine gun. It excels at close-to-medium range gunfights.

With this class, we’ve souped up the Maddox with an ELO sight and three attachments. We’re also using scorestreak-resistant perks and Scavenger so you can replenish ammo more easily and go on long killstreaks.

The Saug is widely considered the best SMG in Black Ops 4. You’ll probably want to use this on small maps, though, since it excels at close-range engagements.

With this class, we’ve taken the run-and-gun approach by equipping Lightweight and Dexterity. These perks will help you move around quicker and be more accurate in gunfights when jumping or mantling. Try this class if you aren’t afraid to get right in your opponents’ faces.

The Swordfish is a strong burst tactical rifle that’s lethal in long-range gunfights. Some players like the default reticle for the Swordfish, but we prefer the more traditional Reflex sight. Throw on attachments like High Caliber and FMJ, and you can do some serious damage with an accurate shot.

The snipers aren’t the best in Black Ops 4—the amount of hitmarkers you get can be frustrating at times. But if you want to snipe, you’ll probably want to use the Paladin HB50. Load it up with a few attachments like High Caliber and FMJ to try to increase its damage.

Although we don’t recommend using light machine guns, it wouldn’t be right to completely leave the LMGs out of this article. So, this class is basically a team-oriented loadout with a focus on helping you eliminate enemy scorestreaks.

If you’re in a lobby full of Christmas noobs, you might not need this class since they probably won’t be getting a lot of scorestreaks in their first few games. But you never know—it’s nice to be prepared, just in case.

All of these multiplayer loadouts can be altered in several ways—there are plenty of customization options available in Black Ops 4. These classes represent our suggestions to help you see the most success in slaying Christmas noobs this holiday season.