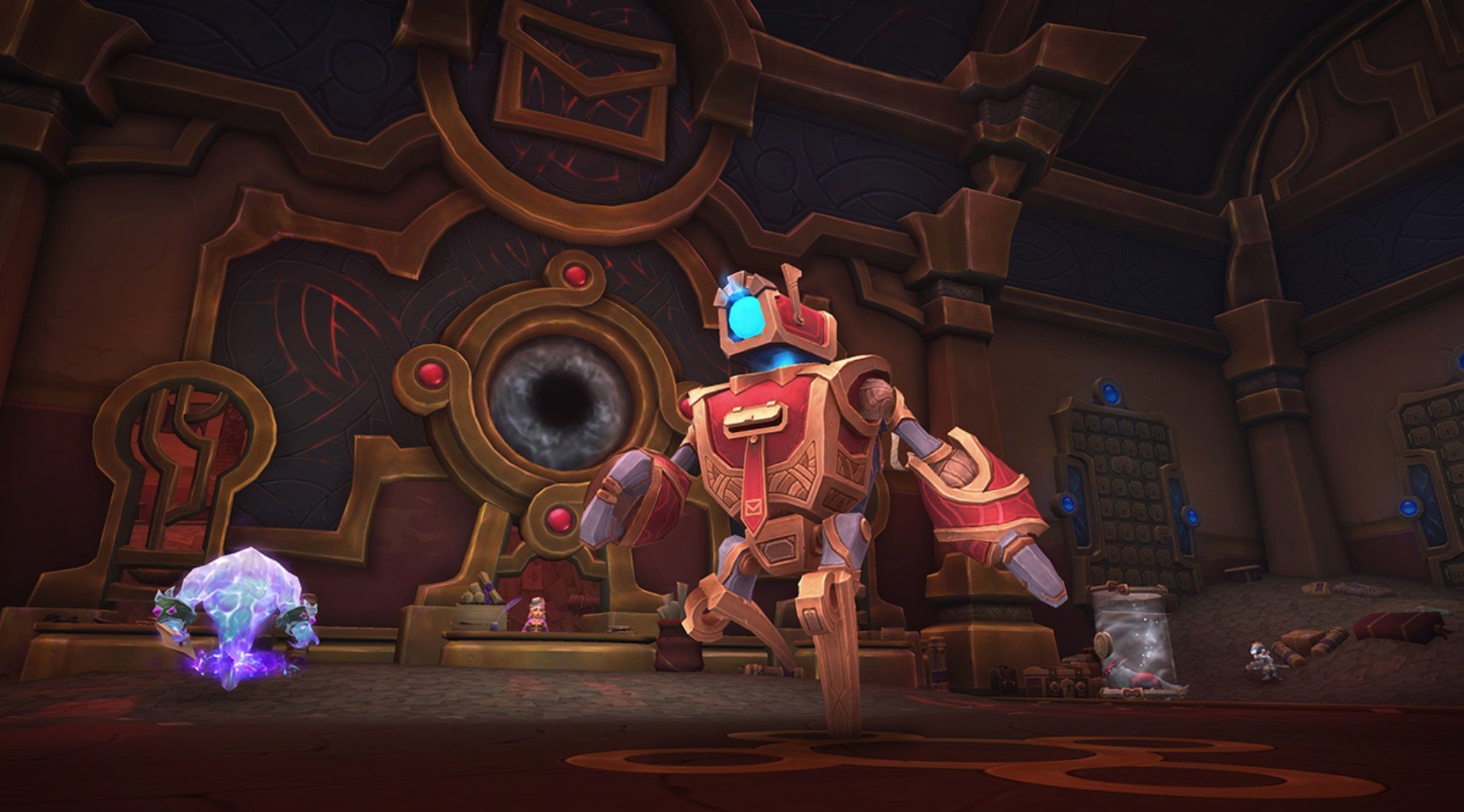 World of Warcraft is a trailblazing game in the MMO genre that has inspired countless other titles across not only its own genre, but others as well. From multiplayer online games to single-player RPGs, WoW’s influence can be felt across the world of gaming.

The game’s 2004 release allowed it to serve as the blueprint for MMOs and many 21st Century fantasy games. From its quest design, character customization options, and late-game progression systems, WoW’s formulas have been replicated and expanded upon in countless other games.

If you’re a WoW player looking for a new title to try—one that’s similar to WoW but different enough to provide you with a new experience—there are many options available. Here are some of the best games to try out for WoW fans.

WoW’s most relevant competitor in the modern MMO space is Final Fantasy XIV. If you’re an avid WoW player, there’s a strong chance you’ve either played or at least heard of FFXIV. A complete MMO with a massive world and accompanying story mode that spans countless hours, FFXIV is an endless fountain of entertainment for MMO diehards—especially in times where WoW might be in a content lull between expansions. Plus, FFXIV has the most expansive free trial of any subscription-based game, with the first 60 levels, base game, and first expansion, Heavensward, being available to play in their entirety at no cost.

Divinity Original Sin II is one of the most in-depth, well-designed fantasy RPGs of the 21st Century. With a fleshed-out cast of characters, a surprisingly fun and interactive turn-based combat system, and a story that practically never ends, Divinity Original Sin II perfectly encapsulates the definition of a “complete game.” It’s best enjoyed with a full party of friends, but can also be played solo.

If you’ve ever played Skyrim, the locales presented in The Elder Scrolls Online will feel familiar. Effectively all of Tamriel is able to be explored, and with a new expansion being released for the game every year since 2017, ESO falls into a rare category of MMOs with dedicated new content year-after-year. If you’re an Elder Scrolls diehard, there’s a good chance you’ve at least tried the game. If you haven’t, we recommend diving into one of the most well-built fantasy worlds in gaming.

Lost Ark is one of 2022’s biggest standouts in the MMO genre. Although it had been available in eastern markets since 2019, Lost Ark made its western debut earlier this year and instantly became a top-tier title in the MMO landscape. Despite the fact that the game is relatively grindy and gets immensely repetitive in its later stages, Lost Ark has plenty of features worth writing home about. From its incredibly deep story that spans multiple continents, as well as its fleshed-out, engaging combat system, Lost Ark is worth a shoutout due to its modernity and ability to stand on its own two legs in an incredibly crowded pack of MMO games.

No game embraces exploration quite like Elden Ring. With a downright massive map, there is practically no limit to how many new locations and experiences one can unveil in Elden Ring. If you thought exploring Azeroth and discovering all it had to offer was breathtaking, you’ll love uncovering every inch of the Lands Between. Although Elden Ring is a single-player fantasy game, friends and other players can occasionally be enlisted to assist you in your gameplay.

New World, the wide-ranging MMO from Amazon Games, plays host to a massive open environment with countless areas to explore. Almost everything is interactable in New World, largely thanks to the game’s bevy of gathering and crafting professions to level up. Whether you’re questing, progressing through dungeons, or working on your character’s professions, every action you make has an impact on the world and its economy—in addition to your character.

The social aspect of Destiny 2 is its most noteworthy trait. Almost every endgame activity requires (or is experienced best) with a premade group of players who all have the same collective goals in mind. From high-level raids to PvP activities like Trials of Osiris, the “fun-with-friends” angle is a key piece of the Destiny 2 experience. If you enjoy playing social RPGs and MMOs with friends, Destiny 2 could be worth looking into.

There aren’t many games that are more customizable than Cyberpunk 2077. From start to finish, your entire experience can be personalized. Whether it’s your character’s appearance, backstory, or approach to the plot, your Cyberpunk experience can be molded to your precise desires. If you’re a fan of RPGs with immense customization, deep stories (and characters), and thorough gameplay options, Cyberpunk could be for you.