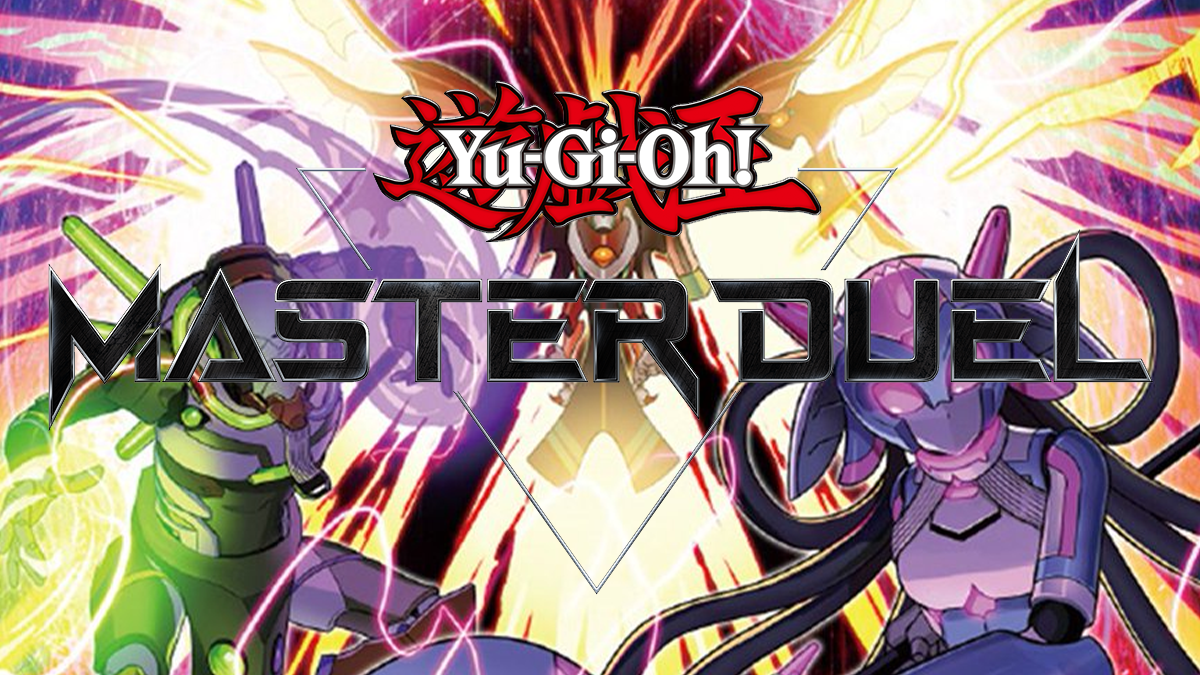 Yu-Gi-Oh! Master Duel is in a unique place, sitting at a crossroads between the TCG and OCG thanks to Konami implementing an entirely new version of the Forbidden and Limited card list that largely dictates the competitive meta for a format.

Instead of players simply looking to build exact replicas of any deck they might run physically at tournaments, Master Duel forces them to look at new strategies because several cards have been removed or placed on the ban list that weren’t there before.

At its core, Konami designed Master Duel to become its own platform competitive Yu-Gi-Oh! players, with plans to utilize it for the Yu-Gi-Oh! World Championship series in the future. But even though the competitive focus is there, Master Duel is not only the most accessible version of Yu-Gi-Oh! but also the most affordable.

As a free-to-play game, getting into Master Duel will seem a bit daunting once you see how many Gems you will need to open enough packs and craft the cards necessary to build a deck that can contend in the meta. Just going through the tutorial mission and several Solo Mode campaigns will give you enough currency to get started.

Not only can you get a nice chunk of Gems just for playing the game’s Solo Mode, completing Missions, or working to increase your Grade in the game’s Duel Pass, but the crafting system opens up a lot of great ways to build on a budget—all while maintaining a presence in the meta.

So if you plan on trying your hand at Master Duel’s ranked ladder, but don’t want to commit too much, if any, money to the game, here are a few of the best budget decks you can build with just some smart planning and what the game provides you.

Not only is Eldlich the Golden Lord still an incredibly powerful card, but it also provides one of the most versatile strategies in all of Yu-Gi-Oh! And, because some of its cheaper builds avoid using too many Extra Deck Monsters, new or returning players who aren’t comfortable with concepts like Link Monsters might find this deck easier to pick up.

Focusing on the more pure Trap-focused Eldlich playstyle, you can easily get your three copies of Eldlich, and all of the adjacent traps you need are mostly valued at Super Rare or Rare, making them much cheaper to craft.

If you go all out and grab some of the more powerful staples like Imperial Order and multiple copies of the various Solemn negates, the crafting cost will go up. But you can adjust for that by cutting some of the more valuable Extra Deck cards and then circle back later.

You can also test other engines, such as Zoodiac, in this deck too if you want to try and spice things up. 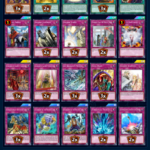 Here is a budget build from HRforges, a middling build using Zoodiac from YellowFlash, and a high-end Synchro variant from MBT.

For a combination of two popular archetypes, the Bird-Up! build has been optimized and players know exactly which cards they can cut to skirt around some expensive crafting options.

Almost all of the core cards in Bird-Up! cap out at Super Rare, meaning you won’t need to spend much to grab all of the Monsters you need. Even most of the Spells and Traps are cheap, with some decks totaling four Ultra Rares in the Main Deck.

The real price jump comes when you look at the Extra Deck, which is where most of the cost management will come into play.

Thankfully, because players have optimized the build so much, you can spend anywhere between 400 and 800 Gems and have a solid set of 15 Extra Deck cards regardless of where you land in that range. 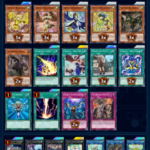 For some examples, here is a super budget engine from algui, a more advanced build from abz, and one pulling out all the stops from Fetty Guap.

Just like Eldlich, Virtual World can come in many forms, but one constant is the deck’s ability to build annoying boards that have the potential to completely shut out your opponent.

VW benefits from having an affordable main deck core outside of staples, which you can pick and choose to rotate out. In fact, even when accounting for some stacked Extra Decks, VW might be the overall cheapest top-tier engine to build.

With that said, the Extra Deck is where your Gems will be spent, and you will likely be going through more than 15 cards as you test and tune your strategy to best fit both the meta and your own preferred playstyle. Just be ready to learn a lot of combos, once you decide to test this archetype. 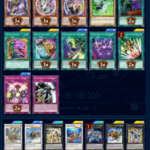 Here are two affordable builds that topped some early events, one from LG and another from Fattypower. Both cost less than 600 Ultra Rare Craft Points (CP) and 600 Super Rare CP.

Regardless of your actual budget, you won’t be hurting for options when it comes to decks to try.

Because cards can be crafted with CP, you can feasibly build any deck you want as long as you account for your available resources and are smart with how you allot them. Here are just a few other decks you can try when keeping a good budget in mind, all with Ultra Rare CP listings of 600 or less to make it easy.

None of these builds are the absolute cheapest you can go either. There is plenty of room for tossing out a UR card and replacing it with a much cheaper option, such as using the basic yet solid Mystical Space Typhoon for Spell and Trap removal until you are ready to upgrade.

Additionally, when you do start grabbing more Super Rare and Ultra Rare cards, you can always go for the ones featured in multiple meta strategies, like Accesscode Talker or Infinite Impermanence, so you can easily try out multiple budget builds before settling on one or two decks you really want to commit resources to.