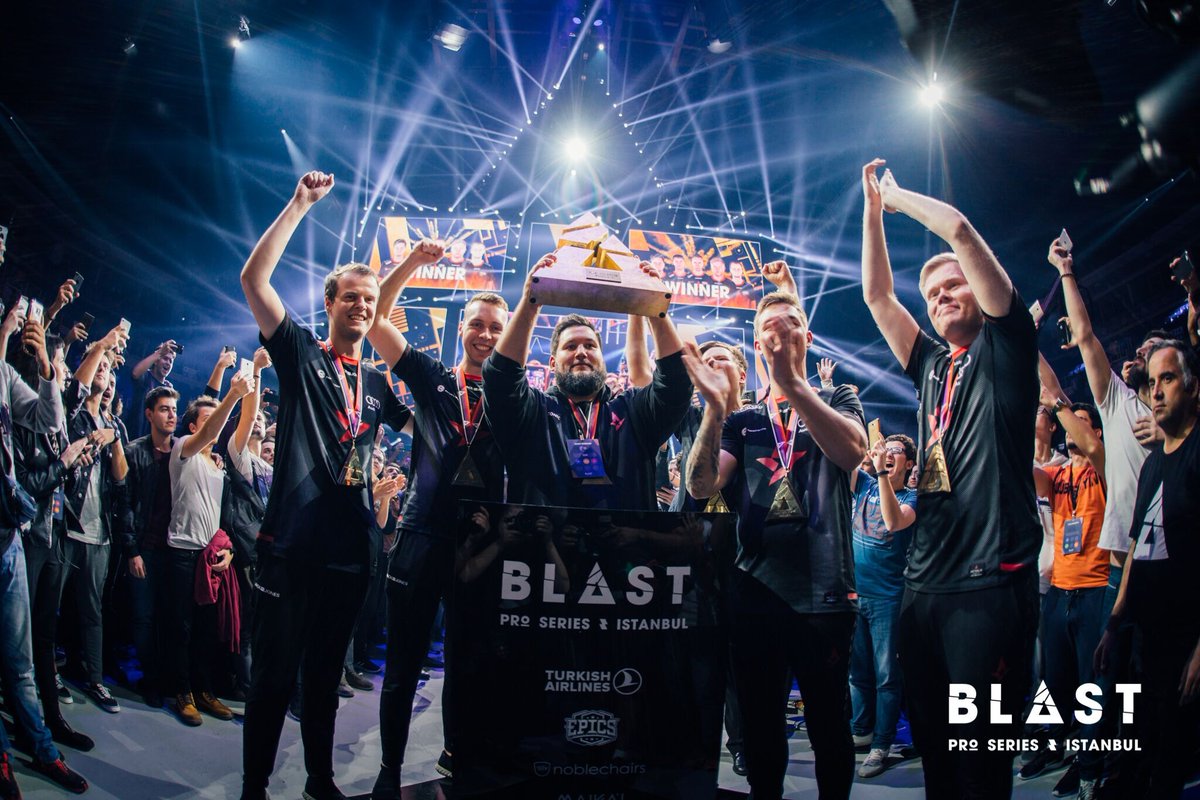 Astralis are champions once again in the international CS:GO scene, and this time around, their tournament win comes at BLAST Pro Series Istanbul.

The Danish side breezed through the $250,000 event without a single map loss, defeating Virtus Pro, Space Soldiers, Cloud9, Ninjas in Pyjamas, and MIBR in the process. Astralis went 5-0 in the round robin group stage matches, which put them up against MIBR in the grand finals of the two-day event.

Map one of the grand finals saw Astralis decimate the Brazilian-majority side on Train 16-3. The Danes’ CT side was way too overwhelming, and MIBR collectively struggled to find frags on the map. At the same time, Nicolai “dev1ce” Reedtz had a 34-7 kill-death ratio, a 147.6 average damage per round, and a 2.72 HLTV 2.0 rating.

There was a similar storyline on Overpass, except Astralis started on the T side and MIBR actually put up a much better fight. Astralis led at the half 10-5, but MIBR mounted a nice T side comeback and broke the Danish economy late into the game to force map three Inferno. North American stars Tarik Celik and Jake “Stewie2k” Yip matched dev1ce in the kill column on Overpass to help MIBR tie the series.

Inferno, the decider map, was a tight bout throughout, with both sides trading strings of unpredictable rounds. The game continued up until round 30, thanks to clinical executes and post-plants won by Astralis. Dev1ce ended the series with a whopping 29 kills per map and a 1.48 rating as well.

Round Robin: Round three

Round Robin: Round four

Round Robin: Round five

This dominant title run is Astralis’ sixth tournament victory in 2018. Their case for the year now consists of trophies from DreamHack Masters Marseille, EPL Season Seven Finals, ECS Season Five Finals, the 2018 ELEAGUE CS:GO Premier, the FACEIT London Major, and BPS Istanbul. With Astralis etching themselves as the best team of 2018, it’s now up to the rest of the world to figure out how the Danes have perfected Counter-Strike and how to dethrone them.