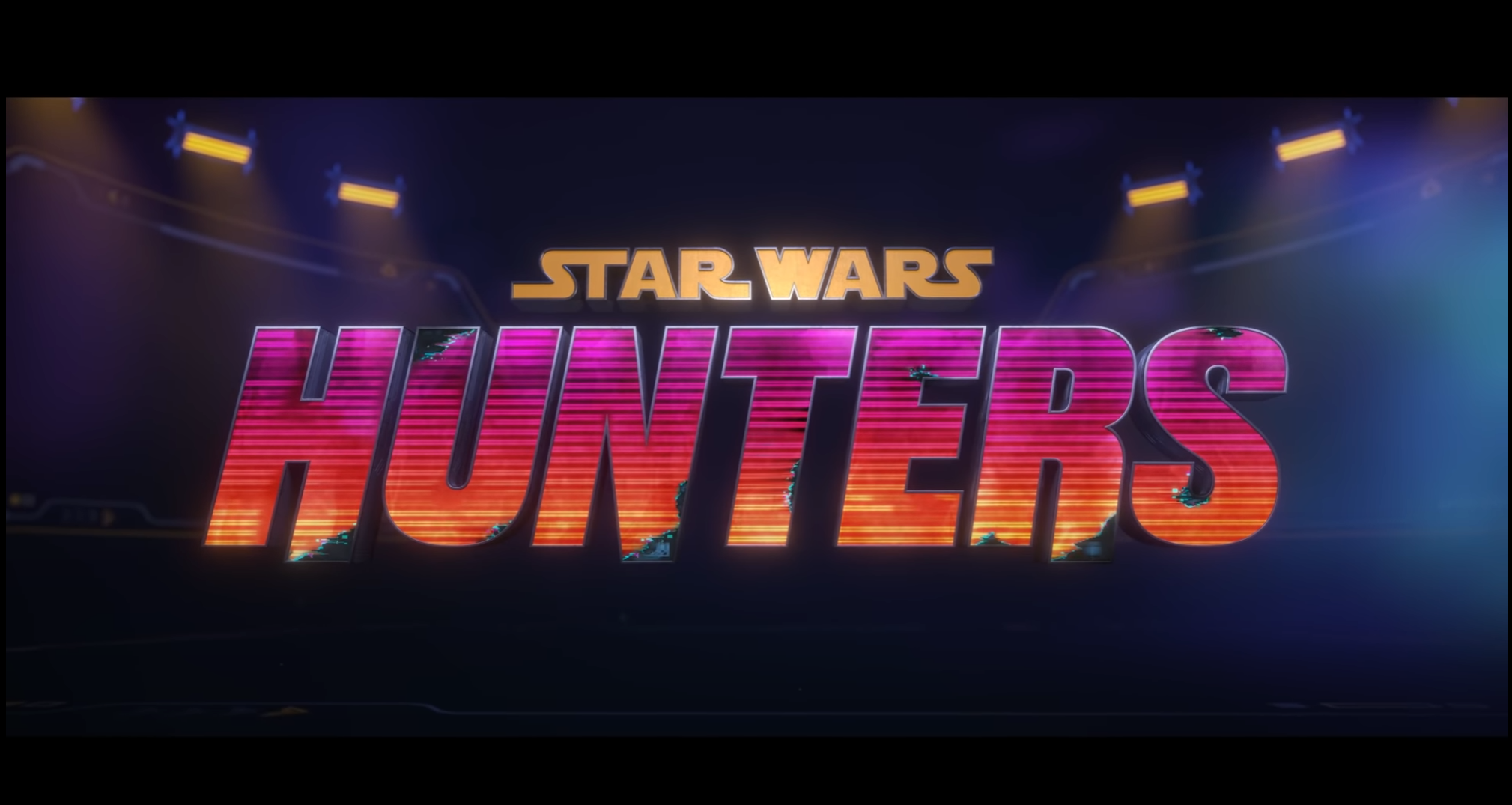 The next multiplayer Star Wars title, Star Wars: Hunters, is set to release in 2022 for both the Nintendo Switch and mobile platforms. A third-person arena shooter with some mild Overwatch vibes, Hunters will feature a diverse cast of characters from all edges of the galaxy battling it out in front of a rabid crowd.

So far, there have been no specific details about character abilities yet, but we can speculate based on released footage and what we know about Star Wars. So far, 11 characters have been revealed via the official website and the cinematic trailer.

Here are all the playable characters in Star Wars: Hunters that have been announced so far.

Aran Tal is a Mandalorian character looking to “serve up fiery justice.” This tagline, along with their fiery nameplate on the Star Wars: Hunters website and their appearance in the cinematic trailer, indicates they will utilize a flamethrower weapon. This will likely be a special or even ultimate ability since they’re holding dual blaster pistols as their primary weapon. Aran Tal also has use of a jet pack.

Grozz the Wookiee warrior appears to be a melee-focused character, utilizing blunt melee weapons made of Imperial scrap metal. His listing says he has a “penchant for disarming droids and his opponents,” so he may have damage bonuses against droids or an ability that disarms opponents for a short time. His weapons made of Imperial scrap are a nod to the fact that Star Wars: Hunters takes place in a post-Empire time period.

Utooni is a duo of Jawas stacked on top of each other, like the cliché of two children sneaking into an R-rated movie. But this stack of scavengers boast an “arsenal of hidden firepower” and are both armed with the iconic Jawa ion blasters, which are known to be particularly effective against droids. The cinematic trailer shows off Utooni throwing a grenade as well.

J-3DI is a unique, lightsaber-wielding droid “programmed to believe that the Force is with him.” In both the cinematic trailer and the very short leaked gameplay, it looks like J-3DI will be able to do lightsaber attacks that humanoids would be incapable of, thanks to his droid mechanics. Just based on the icon from the leaked gameplay, he looks like he’ll have a whirlwind AOE attack as his ultimate. He’s unlikely to be able to actually use the Force as a droid, but he will likely have tech-based abilities that mimic traditional Force attacks.

Rieve is another melee warrior, attuned to the dark side of the Force. It’s unknown if she is an actual Sith; while J-3DI calls her one in the cinematic trailer, that could just be due to his programming. In the leaked gameplay video, she’s shown to have a lightsaber throw ability, as well as a leaping forward strike, and perhaps maybe a dash attack.

Imara Vex is a bounty hunter, equipped with a custom blaster rifle and a shoulder-mounted missile launcher. Her species is unknown.

Slingshot is an Ugnaught operating a customized Separatist droideka like it’s a mech suit. Slingshot will have access to plenty of firepower with his dual set of twin blasters, and based on the droidekas we’ve seen in Star Wars films, expect to see an overshield and a rolling ability as part of his skill set.

Sentinel is a former Imperial Stormtrooper, operating a large heavy repeating blaster. His bio on the game’s website calls him “a remnant of the Empire unwilling to accept defeat,” which serves as another indicator that Hunters takes place after the fall of the Empire.

Zaina is a “veteran of the Rebel Alliance and a hero to the New Republic,” which also serves as a third indicator of the post-Empire time period. She’s got a smuggler-type blaster and what appears to be a small mine on her utility belt. She also has metal prosthetics for legs, which might help her reach high vantage points.

Skora is “a chemistry genius” that plays as a buff/debuff style character that can engineer stims for her allies and poisons for enemies. She fires these stims with a dart gun that heals allies and poisons opponents. Her ultimate is a thrown canister that serves as a larger, area-of-effect version of her stims.

Sprocket is a young Mon Calamari “whiz kid” and “prodigy” that uses super-advanced droids and weaponry to his advantage. He can deploy a medical droid that heals allies in the nearby vicinity, in addition to a turret that automatically targets and attacks enemies.