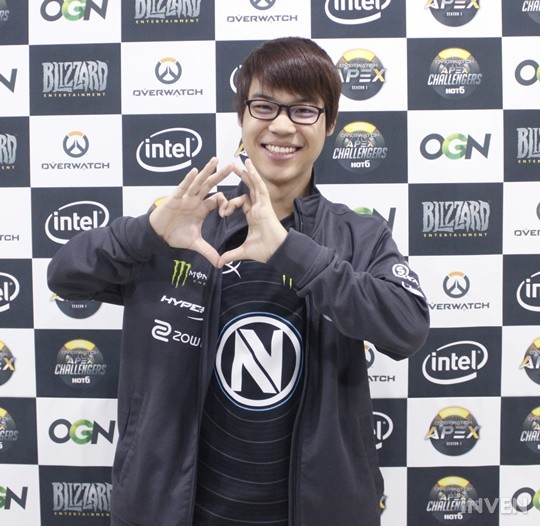 With the conclusion of the first stage in APEX Season 2, eight teams moved on to the next stage of the tournament. The first seeds in the group, (Kongdoo Uncia, Meta Athena, Lunatic-Hai, and Kongdoo Pathera) had to draw to see which order they would pick their opponent, (EnVyUs, RunAway, Afreeca Freecs Blue, and LW Blue), and what group they would play in. I will preview both sides of the bracket ahead of the first matches later in the week.

Though they have not looked like the team that won the tournament last year, EnVyUs also did not play like a strong team last year heading into the playoffs. They finished with a similar record of 2-1, going 7-4 in maps. This year, they have a slightly worse map score, but it is still a similar situation.

Lunatic-Hai was put in the group of death and breezed past their opponents, going undefeated in pool play. They had the same run last season, winning all three games in the group but they fell in the quarterfinals to Kongdoo Uncia.

The two teams have played each other before in the first season of APEX as they were in the same group. Lunatic-Hai convincingly won that series 3-1, though the maps were fairly close. Previous results do not predict the future matchup due to factors like roster changes, meta changes, and new heroes being introduced to the game.

The second match will take place between Kongdoo Unicia and RunAway. Kongdoo was the third team to pick their opponent and which group they would play in.

Although they were the third team, Kongdoo Uncia chose to put themselves in the same group as Lunatic-Hai and EnVyUs, when Meta Athena and Afreeca Freecs Blue were available on the other side. This may be a show of confidence from Kongdoo Uncia because both of the teams in their group are very strong.

Kongdoo Uncia did have a good group stage themselves, where they went undefeated in pool play, dropping games to both Cloud9 and Afreeca Freecs Blue. The most praised aspect of the Kongdoo lineup is their overall strength, as almost every player is strong. The most notable though is their Reinhardt player, Lee “Panker“ Byung Ho, who is thought of as the best Reinhardt player in the world currently.

Last year, Kongdoo finished second in group play and beat Lunatic-Hai in the quarterfinals as the No. 2 seed. In the semifinals, they lost a close series to EnVyUs 3-2. Kongdoo may have put themselves in this group for some revenge against EnVyUs and to show their strength over Lunatic-Hai.

RunAway had a tough time in last season’s tournament. After a great start against Reunited, RunAway lost their final two matches and had to play in the promotion tournament. RunAway convincingly beat LW Red and Afreeca Freecs Red to make their way back into APEX for season two.

The team has improved since last season and showed strength in their group against Flash Lux and Fnatic, though they got swept by Kongdoo Panthera. The most dangerous player on the RunAway roster is King “Haksal” Sang Hoon. Haksal is a strong Genji player and is often the carry for his team with his skills on the robot ninja.

The two teams have not played each other in any recent tournaments, so it is unclear as to how this series will play out. Although Kongdoo Uncia is a top Korean team that has looked strong in many tournaments, RunAway has improved massively and should not be taken lightly as a team.

Lunatic-Hai should win their first series against EnVyUs 3-1. The new patch should not affect Lunatic-Hai too heavily and the team is in a great run of form that EnVyUs cannot match. EnVyUs has been in a bit of a slump for this tournament, not winning many series in a commanding manner. Though there is upset potential, Lunatic-Hai does look like the strongest team in the tournament.

Kongdoo Uncia will win their first series as well against RunAway 3-0. The overall team strength of Kongdoo will be too much for RunAway to handle, despite the great play of Haksal. Kongdoo swept their group series, while RunAway did get shut down by Uncia’s sister team Kongdoo Panthera.

In the winners match, I see Lunatic-Hai continuing their winning ways as they push past Kongdoo Uncia 3-2. This will be a tough series because of the strength of both rosters and the multitude of threats available to both teams.

EnVyUs will have their second shot at making it to the semifinals after they beat RunAway in the losers match. Despite their slump and not adopting as well to the meta, EnVyUs still has the players that won them the first season of APEX and multiple other tournaments. RunAway’s run will come to an end, though this finish would be a much better performance than their season one showing.

In the final match between EnVyUs and Kongdoo Uncia, the west’s hopes will come to an end. Kongdoo Uncia has all the strength to win the whole tournament, while EnVyUs has not looked like they could win this event so far. The series should be close, 3-2, but Uncia will prove to be the better team when the dust settles.

This leaves Kongdoo Uncia and Lunatic-Hai to move on to the semifinals of APEX season two. The teams will be on opposite sides of the bracket and look set to meet each other in the finals, with the way both teams are playing.