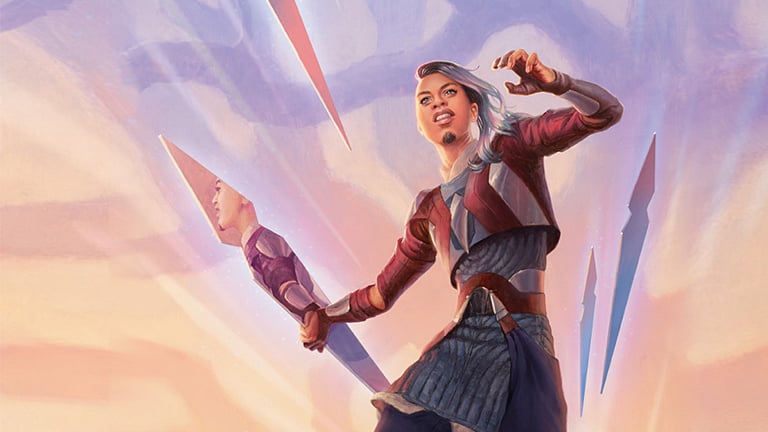 Wizards of the Coast revealed new details on the upcoming Magic set Kaldheim today, including a release calendar, two new characters, and an article flowing with the heavy metal inspiration within the set.

Kaldheim is inspired by Viking culture and mythology infused with a metal aesthetic. Wizards announced a roadmap for Kaldheim spoiler season and its release across the various Magic platforms.

Early previews run from today to Dec. 17 and they’ll be done by metal bands in an event dubbed The Week of Metal. Previews will then pause until after the new year.

The debut day stream on the Magic Twitch channel will begin on Jan. 7 at 11am CT. Spoiler season will run for two weeks leading up to the set’s digital release on Jan. 28 on Arena and Online. Digital and tabletop prerelease starts on Jan. 29 and the full set will be available everywhere on Feb. 5.

Wizards released full-art for several cards and packaging. Here’s the art for Kaldheim. 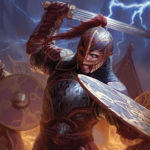 Planeswalkers Kaya and Tibalt are returning, but there are two new planeswalkers making their debut in Kaldheim. Nico Aris and Tyvar Kell were announced with individual articles detailing their creation and background stories.

Niko Aris hails from Theros and had their spark ignited after a confrontation with an agent of Klothys, the goddess of destiny. They planeswalked away from Theros, which led them to Kaldheim. Aris marks the first major non-binary character in a Magic set release. Game designer Chris Mooney talked about how Aris represents the blue color identity in their lore.

“I think Niko is helping to express some of the more positive and aspirational sides of blue: the desire to learn, the dedication to improve oneself, the discipline to practice skills, and the curiosity to question the parts of the world other people might take for granted,” Mooney said.

Kell is an elf planeswalker native to Kaldheim. The elves in the set take inspiration from both Vikings and Norse gods. Kell is the brother of King Harald who wants to build his own legend and escape from his brother’s shadow. There are two clans of elves in Kaldheim, the wood elves aligned with green and the shadow elves that are aligned with black. Kell will be an elf tribal planeswalker.