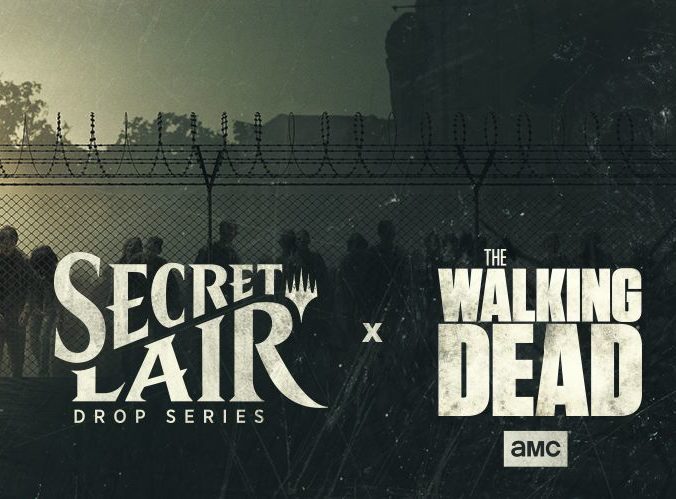 Three days after widespread community backlash against the reveal of details on the collaboration of The Walking Dead and Magic: The Gathering, Wizards of the Coast addressed the criticism during a stream today on the Magic Twitch channel.

The Walking Dead Secret Lair drop is scheduled to be fully revealed during a special episode of Talking Dead on Oct. 4 at 10pm CT and preorders are set to go live the same night. The product is priced at $49.99 and is available on the Secret Lair store website.

While this product feels like any other Secret Lair drop, with special promo cards set for limited release, Magic fans took to social media to voice their concerns over several bad precedents this specific release sets.

Unlike other crossover promos, which are typically silver-bordered, the new The Walking Dead cards have black borders and are legal in eternal formats. This change angered fans who called into question Wizards printing mechanically-unique cards into limited-run products like Secret Lair.

Similar to the response by fans to Nexus of Fate being a playable card that’s only featured in buy-a-box promos, these new Secret Lair cards open the possibility of another similar mistake by Wizards. Fans also raised concerns over the inclusion of The Walking Dead into the Magic game environment and the future of crossovers being black-border playable cards.

Senior Communications Manager at Wizards of the Coast Blake Rasmussen joined Product Architect Mark Heggen and Director of Magic R&D Aaron Forsythe on stream to address fan concerns and talk about the future of Secret Lair.

In response to the criticism that the cards are legal in eternal formats, Forsythe said the decision made sense to them because The Walking Dead could make sense as cards that fit into Magic gameplay. This idea differs from previous promos like Ponies: The Galloping, a silver-bordered collaboration with My Little Pony, where the cards were self-contained and not designed to be playable with the standard Magic ruleset.

“The world is kinda Magic adjacent, a world full of zombies and combat. It wasn’t a stretch for us to imagine what a card would look like,” Heggen said.

In the event that The Walking Dead cards become playable and are in high demand, Heggen explained that it’s possible that Wizards could print cards that are functionally the same, but with art that’s set within the Magic universe. Heggen wasn’t committal on whether this would certainly happen but left the door open to the possibility.

“We could and we certainly might,” Heggen said. Wizards will not be printing cards in The Walking Dead Secret Lair drop with the same art ever again, stating the desire to keep these cards exclusive to this event.

Forsythe said the Secret Lair cards aren’t intended on being playable in competitive eternal formats. The product is being aimed at the Commander and casual fanbases. “These are supposed to be fun, additional things to try out,” Forsythe said.

Heggen further clarified none of The Walking Dead cards or any future collaborations will be a part of Magic canon. All cards in this style will feature a different holofoil stamp at the bottom to signal that the card is not a part of Wizards IP or a part of the Magic story.

Other notes on the future of Secret Lairs is Heggen making it a point to note that Secret Lair is still the place for niche reprints that don’t fit in larger sets or products. According to Heggen, Secret Lair will remain direct-to-consumer because of their belief that with drops serving niche audiences it wouldn’t work well with the distribution model for local game stores.