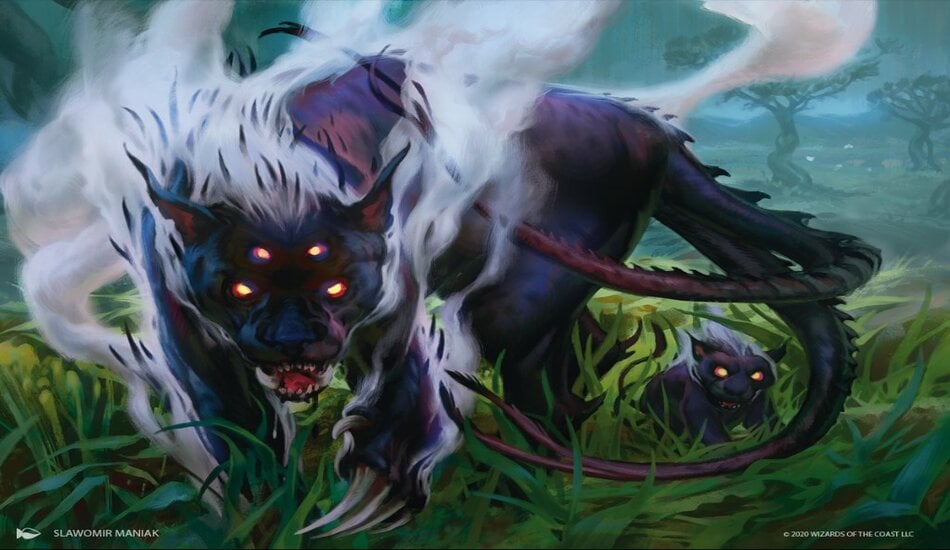 A major change was applied to Companions today, Wizards of the Coast announced during the Magic: The Gathering Banned and Restricted announcement.

It’s unusual to see a rule change occur during a Magic B&R announcement. But a change to Companions, released within the recent IKO set, was deemed necessary by many to balance out the meta across multiple formats.

The Companion mechanic essentially allowed players to start the game with eight cards as opposed to seven if no mulligans took place. The new rule change helps combat this issue, however, by making players pay a mana cost to bring a Companion from the sideboard to hand.

“Once per game, any time you could cast a sorcery (during your main phase when the stack is empty), you can pay three generic mana to put your companion from your sideboard into your hand,” the new Companion rule reads. “This is a special action, not an activated ability. It happens immediately and can’t be responded to. It can’t be countered or stopped by cards like Phyrexian Revoker.”

Multiple rule changes were explored by the play design team, according to WotC senior game designer Ian Duke. A mana cost was settled on to slow down the gameplay of Companions while also removing some of their efficiency.

The new rule change for Companions will go into effect via tabletop on June 1 and digitally via MTG Arena and Magic Online on June 4.