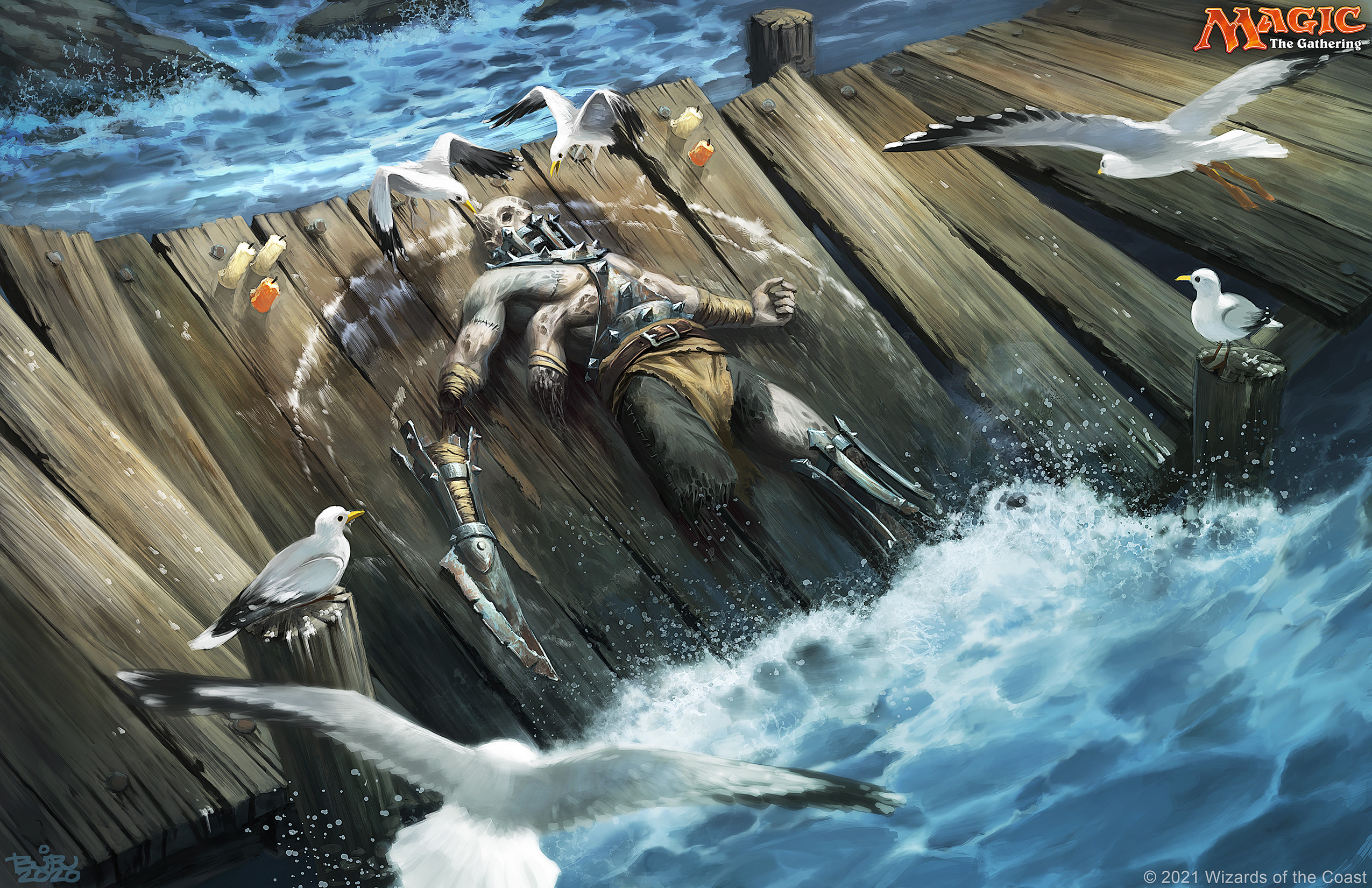 Since the release of Innistrad: Midnight Hunt, Standard has been warped by the power and efficiency of Izzet decks running Alrund’s Epiphany.

These decks take advantage of Alrund’s Epiphany, Goldspan Dragon, and Galvanic Iteration to generate significant amounts of mana and loop extra turns. The power of Epiphany decks largely pushed out midrange strategies, leading to aggro being the only viable counterplay.

Even though Epiphany decks have been the deck to beat, Mono-Green Aggro and Mono-White Aggro have dominated the top eights at major and minor tournaments.

With the release of Innistrad: Crimson Vow just two months after Midnight Hunt, Magic: The Gathering is undergoing an unprecedented metagame shift. This is the first time in the game’s history that two Standard-legal sets were released so close together.

Last weekend had two key tournaments that will shape how the metagame evolves early in a format. Red Bull Untapped and the Hooglandia Open are regular tournament series that revealed one key detail: Epiphany decks must adapt or continue to struggle against the top-tier aggro lists.

Red Bull Untapped was the larger of the two tournaments with 1,055 decks submitted for the event. The top eight had three Epiphany decks, largely running the typical, Creature-light build. Most decks did run Hullbreaker Horror, the new six-mana control finisher from Crimson Vow, in the sideboard to combat decks that play heavy to the board.

The rest of the top eight from Red Bull Untapped was made up of Mono-White Aggro, Dimir Control, and Mono-Black Zombies.

Thalia disrupts the key spells in Epiphany and Mono-Green Aggro matchups. Slowing Epiphany down by one turn is enough for Mono-White Aggro to swiftly end the game. Thalia is also effective against Mono-Green Aggro by taxing its three best cards: Ranger Class, Blizzard Brawl, and Esika’s Chariot.

Dimir Control was on the fringe of playability before Crimson Vow came out but was just lacking in card quality compared to Epiphany or Mono-Green Aggro, which are playing nothing but efficient bombs.

Lukas Dusek’s Dimir Control list from Red Bull Untapped has noticeably more impact on the battlefield compared to the pre-Crimson Vow versions. The deck runs Sorin, the Mirthless as a solid token generator and card draw engine. The incidental life gain from the tokens that Sorin creates is enough to survive against Aggro decks.

The list also runs two new spells that line up well against the current metagame. Wash Away is an excellent counterspell that efficiently deals with Alrund’s Epiphany and Flashback spells. Path of Peril is a flexible board wipe that’s like a Standard version of Damn in Modern.

Zombie tribal decks appeared in the top eight of both Red Bull Untapped and Hooglandia Open. Mono-Black Zombies and Dimir Zombies are the two main shells for the midrange Creature deck.

Maciej Szmidt’s Mono-Black Zombies list from Red Bull Untapped focused on generating value from death triggers by sacrificing tokens made by Jadar, Ghoulcaller of Nephalia and Headless Rider. This list can quickly end the game with a buffed Champion of the Perished. The strategy can also grind out victories. This versatility sets the archetype up for future success.

AmadiZazter’s eighth-place Dimir Zombies deck from Hooglandia Open is more focused on flooding the battlefield with Zombies that are there to attack rather than sacrifice. With cards like Necroduality and Bladestitched Skaab, the list is much more aggressive but still maintains some potential to out-value opponents into the late game.

The Hooglanida Open top eight was diverse with only two Epiphany decks. These tournaments are usually known for offering more experimental brews compared to larger events. There are several decks that could make an impact beyond this past weekend, though.

Orzhov Clerics is an explosive Creature deck that gained a powerful new card from Crimson Vow. Voice of the Blessed is Ajani’s Pridemate but better. This card gives Orzhov Clerics another excellent threat alongside Righteous Valkyrie.

Brandon Whitley’s Boros Burn primarily uses cards from the two Innistrad sets. This fast aggro deck uses direct damage spells and cheap, aggressive Creatures to burn the opponent down to zero life as fast as possible. The list shows promise but must contend with Mono-White Aggro and Mono-Green Aggro, both matchups Whitley avoided in the tournament.

Standard has plenty of time to evolve ahead of the Magic Esports Innistrad Championship on Dec. 3 to 5. After that event, there will still be two months for Standard to change. The next set, Kamigawa: Neon Dynasty, won’t be released until Feb. 18.