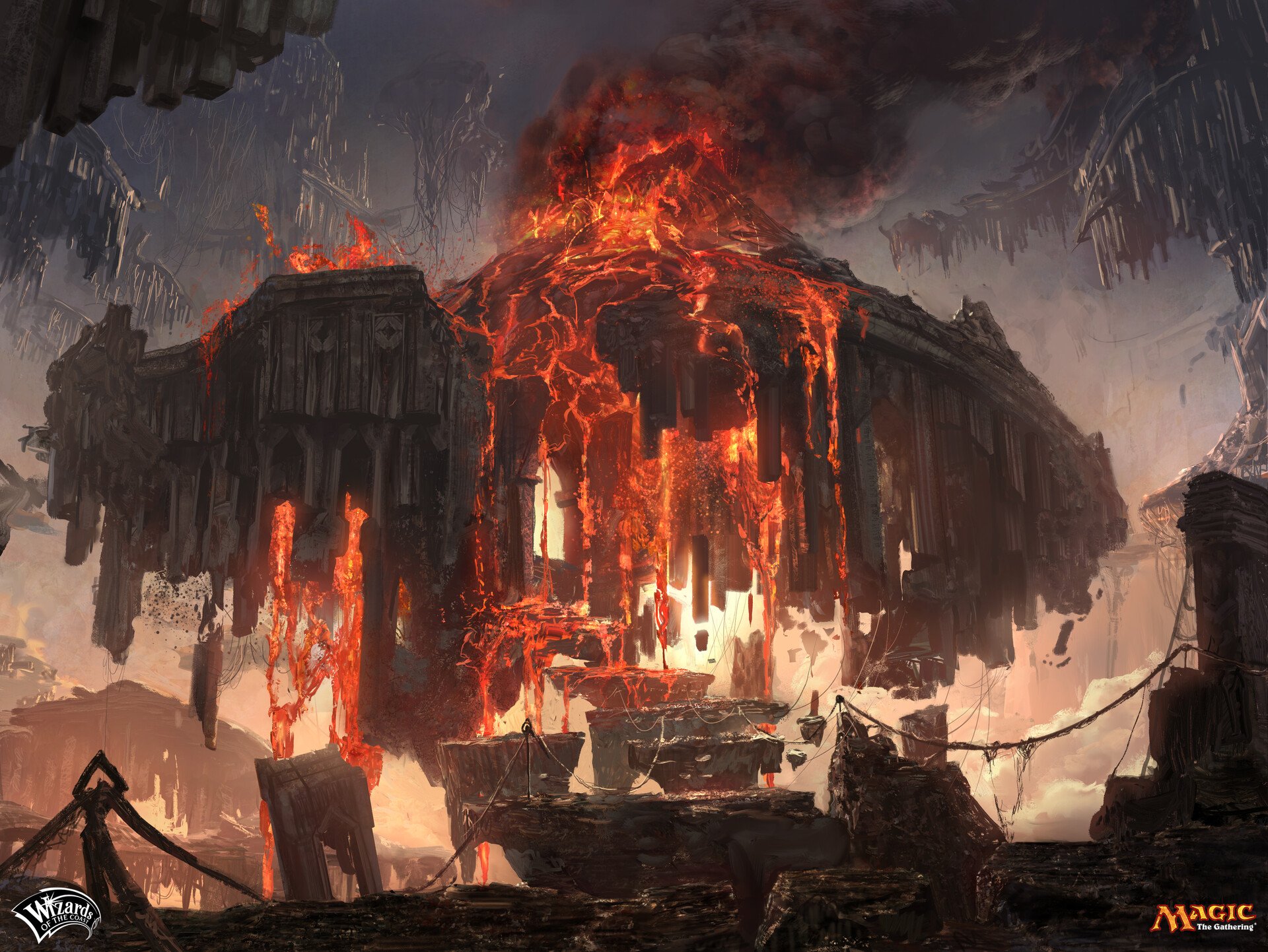 Zendikar Rising spoiler season is reaching its halfway point with the set release just around the corner. A handful of Magic: The Gathering cards were spoiled today that showcase the interesting design found throughout the new set.

Here are some of the most interesting cards from the day.

Forsaken Monument is going to be an all-star in the Commander format. In Standard, if this card sees play, it’ll be deeper into the new post-rotation format. There aren’t any colorless decks that are supported currently and the post-rotation card pool isn’t promising either. To make your five-mana investment worth it, you must take advantage of all three abilities. This card isn’t just supported in an artifact shell, but specifically in a colorless artifact shell. Forsaken Monument might find an immediate home in Historic Tempered Steel decks which are built around colorless artifacts.

This is like a super-powered Strionic Resonator. Most people’s first thoughts are pulling off insane plays like copying your Anointed Procession in Historic to get three then go off or copying a Genesis Ultimatum. Those big plays are probably going to happen once in a blue moon. Where this card excels is generating incremental value through its first ability. For two mana, you can copy a Fabled Passage’s activated ability and get two lands or copy a planeswalker’s loyalty ability to grind out value.

Mill decks are going to love this. For two mana, milling eight cards is a wonderful effect. The kicker cost isn’t even that expensive at six total mana. This seems like an easy four-of in all mill decks. An interesting interaction is with Bruvac, the Grandiloquent in Historic. Bruvac doubles mill effects against opponents. For two mana they would mill 16 cards. If Maddening Cacophony is cast with kicker and Bruvac is on the battlefield, your opponent mills their entire library.

This is an awkward card. The stats read like it should attack turn one, but having to bounce your land is a horrible tempo hit for an aggressive deck. Later in the game, it probably just gets blocked because it’s a 2/2, so it won’t deal combat damage to possibly take advantage of the potential landfall payoffs. This card may not fit in Standard Mono-Red Aggro or any landfall deck.

This card is Scapeshift but red and not as strong. That doesn’t mean the card is bad, however. To get maximum value you’ll need some setup but the combo potential with Nahiri’s Lithoforming is certainly there. With strong landfall payoffs like Moraug, Furry of Akoum, and Lotus Cobra on the battlefield, the plethora of landfall triggers hit with Nahiri’s Lithoforming should just outright win the game.