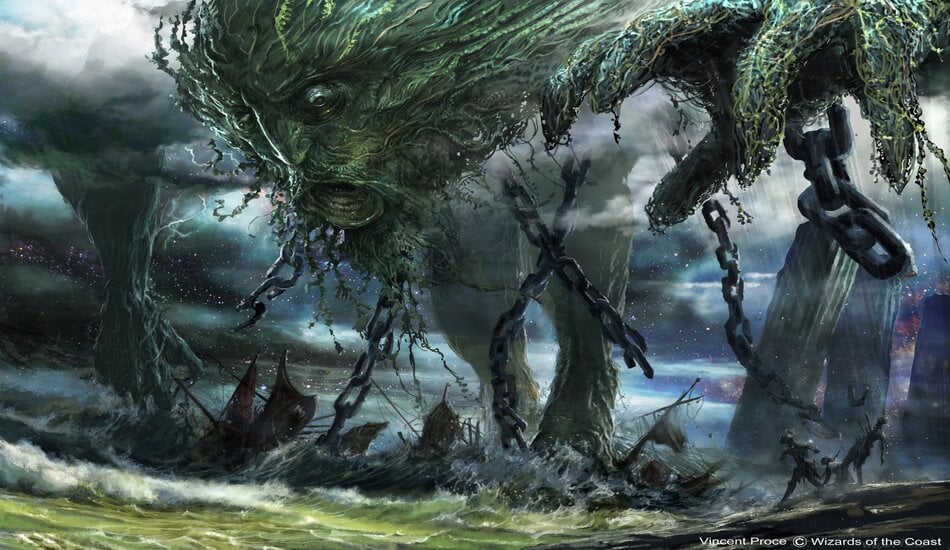 Wizards of the Coast banned Uro, Titan of Nature’s Wrath today from Standard MTG play in an effort to reduce the power of Four-Color Omnath decks and all ramp strategies.

In the most recent Banned and Restricted announcement, Wizards cited the desire to weaken ramp strategies instead of completely removing them from the format as a reason for the Uro ban. “Our goal is to bring these decks down to a level where they are still appealing and competitive, but where natural metagame forces are enough to keep them in check,” Wizards said.

Uro made its debut on Jan. 24 with the release of Theros: Beyond Death, immediately becoming a four-of in every ramp deck. The inclusion of card draw and ramp on a 6/6 body that can return from the graveyard made it the best card in Standard while it was legal. Uro was so powerful that the card saw play in eternal formats like Modern.

WIzards left the door open to more potential bans in the future. But it’s unlikely that any more bans will hit Standard until after the MTG 2020 Grand Finals tournament in October.

“Finally, I’d like to emphasize that for this B&R change our focus was primarily on Standard and Historic, with an eye for the upcoming 2020 Season Grand Finals,” Wizards said. “Changes to other formats, if needed, will be included in future updates.”