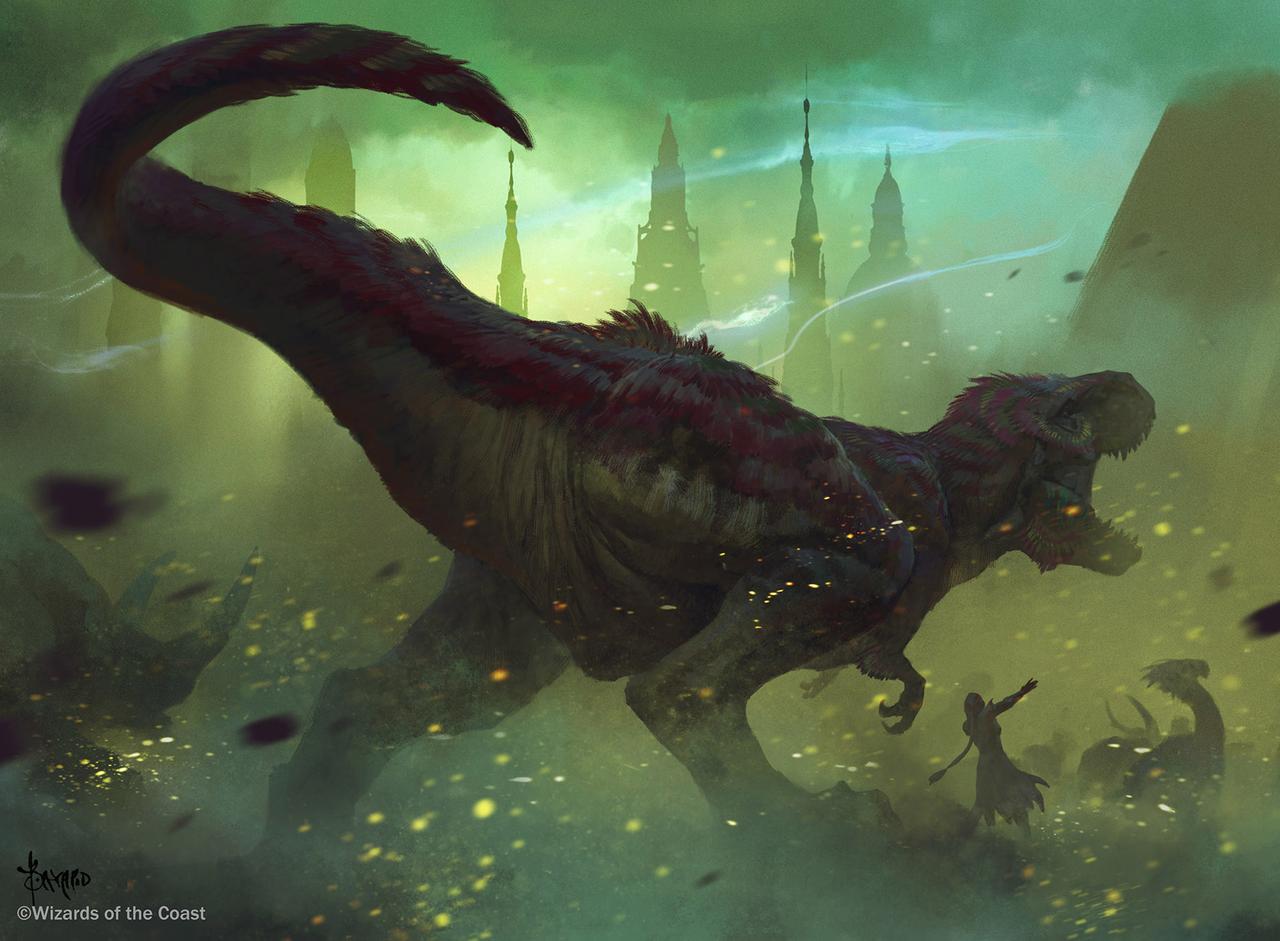 Nissa, Who Shakes the World is one of the most powerful planeswalkers in the current Magic: The Gathering Standard meta.

Despite this, it’s only seen fringe usage in top decks and has all but fallen into obscurity since the release of Core Set 2020 (M20).

With rotation coming fast, take the time to check out this fun and linear deck that uses the full power of Nissa. Here’s what you need to know about Simic Devastation.

The first step is to build up your creature count. The ideal mix includes the “explore package”—Wildgrowth Walker and Jadelight Ranger. Together, these provide card advantage and some extra life as a buffer against aggressive decks.

Then, throw in some creature-based ramp. Risen Reef and Elvish Rejuvenator slot in great, throwing out lands and leaving behind 1/1 bodies. Those will be important later.

You’ll want a lot of Forests. Nissa’s passive ability is powerful but it only works with Forests. And that doesn’t mean just basic lands, so Breeding Pools count.

Four copies of Nissa is a must for this deck since the mana doubling is integral to the key combo. Play her as soon as you can and do your best to keep her alive. The fact that she comes down with four Loyalty and pluses often helps a lot in this regard. Don’t be afraid to let her tank some damage since her ultimate isn’t important at all. Just don’t let her die.

Hydroid Krasis is a nice stabilizing play. It can come down early pre-Nissa to help block and provide a card and life or two. Post-Nissa, however, it’s a beast that easily becomes the biggest creature in play, along with refilling your life total and hand.

But the big play and key combo for this deck lie in the two remaining cards—Finale of Revelation and Finale of Devastation.

Here’s how it works:

Now, there’s a lot of other ways to pull this off—in fact, sometimes you just win by hard-casting Devastation for 10. Despite the fact that the deck is extremely linear in its gameplan, there’s a ton of synergy.

Wildgrowth Walkers are Elementals, for example, which means they trigger Risen Reef. If you need more cards, feel free to cast Finale of Revelation for just a few cards. It’s a flexible spell and with four copies, there’s a high likelihood that you’ll draw into another.

Another example is in Finale of Devastation itself. Using it for X=3 can be useful to find a Risen Reef if you need to ramp or draw, or a Jadelight Ranger to trigger your Walkers. This is a great play to draw the game out longer against decks close to killing you.

Here’s the full decklist for best-of-one play. But if you’re inclined toward best-of-three or just looking for play variants, here are some thoughts.