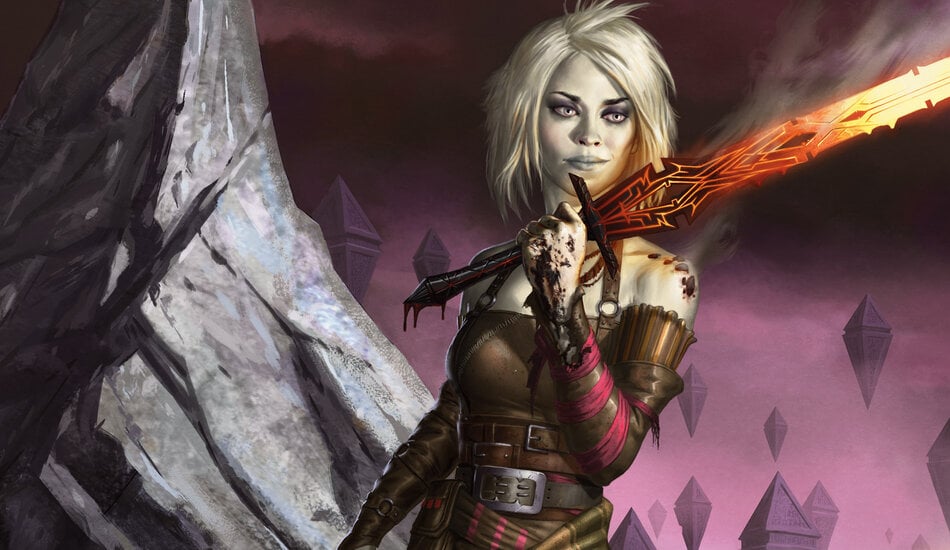 The cycle’s power level shows that this mechanic isn’t just reserved for the rare flip lands, though. They’ll be staples in Limited due to their utility and early-to-late game power.

The red uncommon flip land won’t see constructed play but is definitely worth a slot in Limited decks. The flexibility of this whole cycle makes them worth playing. Having a late-game threat, even if it’s overcosted like this one, is better than having a normal dead land draw in the late game.

This is another strong limited card. It’s better than the red uncommon because its sorcery side is reasonably costed. As with all these cards, it’s good early and late.

This one has a great fight effect with more versatility than usual Limited fight cards. It’ll do a great job to break stalemates in Limited and get your big creatures in for the victory.

This seems to be the best card from the cycle so far. It protects key creatures in Limited, and possibly constructed, from removal. This card has the most utility out of the cycle and is a perfect example of the strength of the modal flip cards.