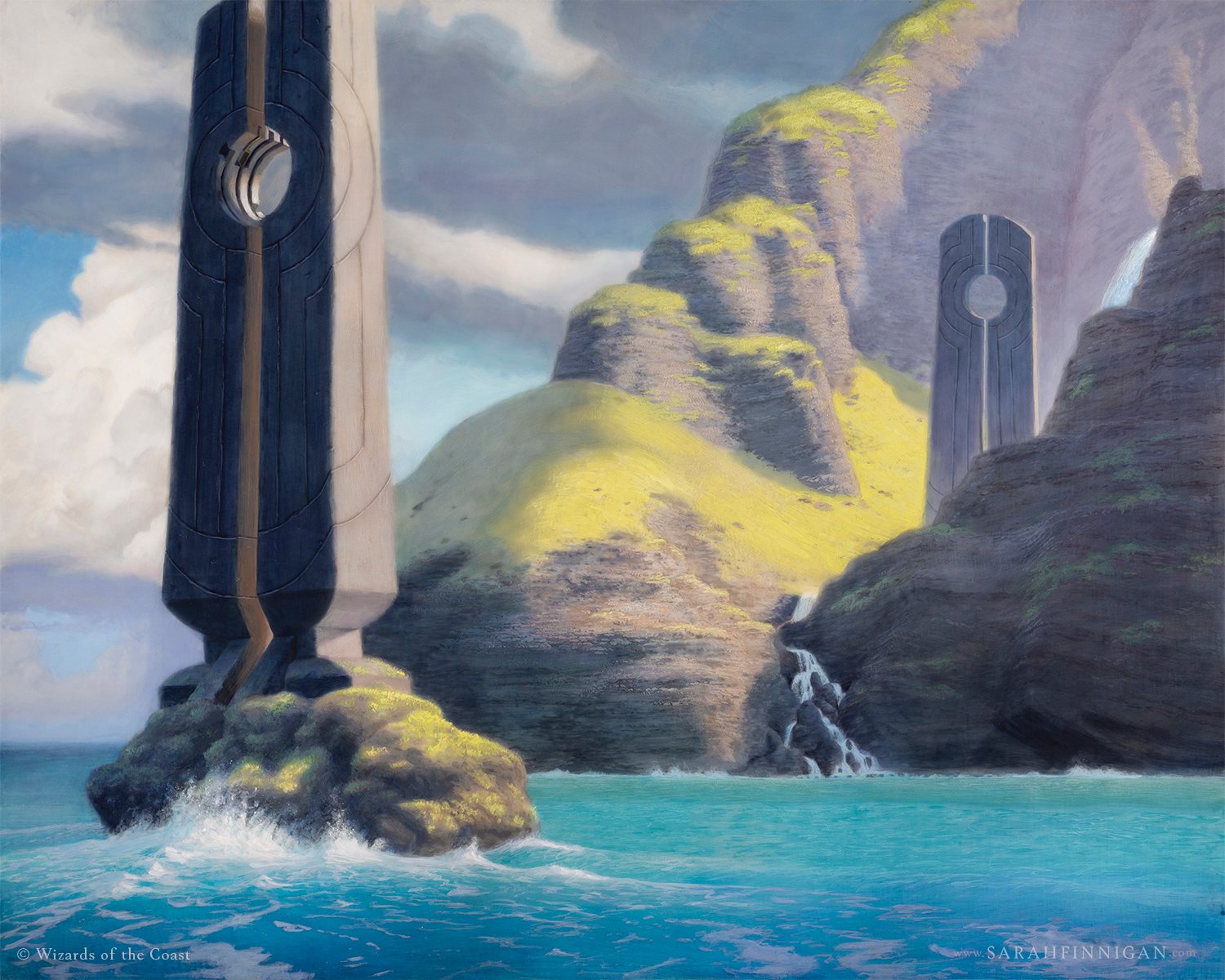 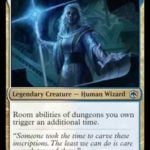 Venture is a key mechanic in the upcoming Magic: The Gathering crossover set, Dungeons & Dragons: Adventures in the Forgotten Realms.

To capture the flavor of exploring, the Venture mechanic allows players to travel through dungeons that have effects for each room explored. The set is filled with lower-rarity cards that support the mechanic.

Today’s Adventures in the Forgotten Realms spoilers show off three legendary Creatures that enable Venture archetypes in Limited and Constructed play. Each of the three cards was revealed on the Magic YouTube channel.

This is a signpost uncommon for the Venture archetype in Limited. Every color has Venture support but W/U and W/B are shaping up to be the primary colors in Adventures in the Forgotten Realms Limited.

At three toughness, Hama Pashar won’t die to every piece of removal and can block a decent amount in combat. With the high percentage of cards that can Venture in the set, you’ll get more than enough value from Hama Pashar’s time on the battlefield.

If Venture is strong enough for Standard, this could be a good utility creature in the three-drop slot.

Wizards of the Coast knew Varis would be broken if his first ability didn’t trigger just once per turn. Even with the fail-safe, though, this Creature is good. A three-mana 3/3 with Reach and Ward is an effective threat on the battlefield. Being able to Venture each turn cycle is great. This Creature can facilitate moments where you Venture twice in a turn.

Casting creatures that Venture when it enters the battlefield works well with Varis. The second ability won’t come up often, but an extra Creature token every once in a while doesn’t hurt.

This is a big Creature. A 7/3 Creature with Trample probably isn’t going to survive combat, but it will deal damage to an opponent. When Zalto is dealt damage, it can Venture. In Limited, Zalto is a glass cannon that helps you Venture.

The Constructed applications for Zalto are far more appealing. Zalto could be played in a Rakdos Sacrifice list that specializes in sacrificing pingers that target Zalto to speedrun through dungeons.