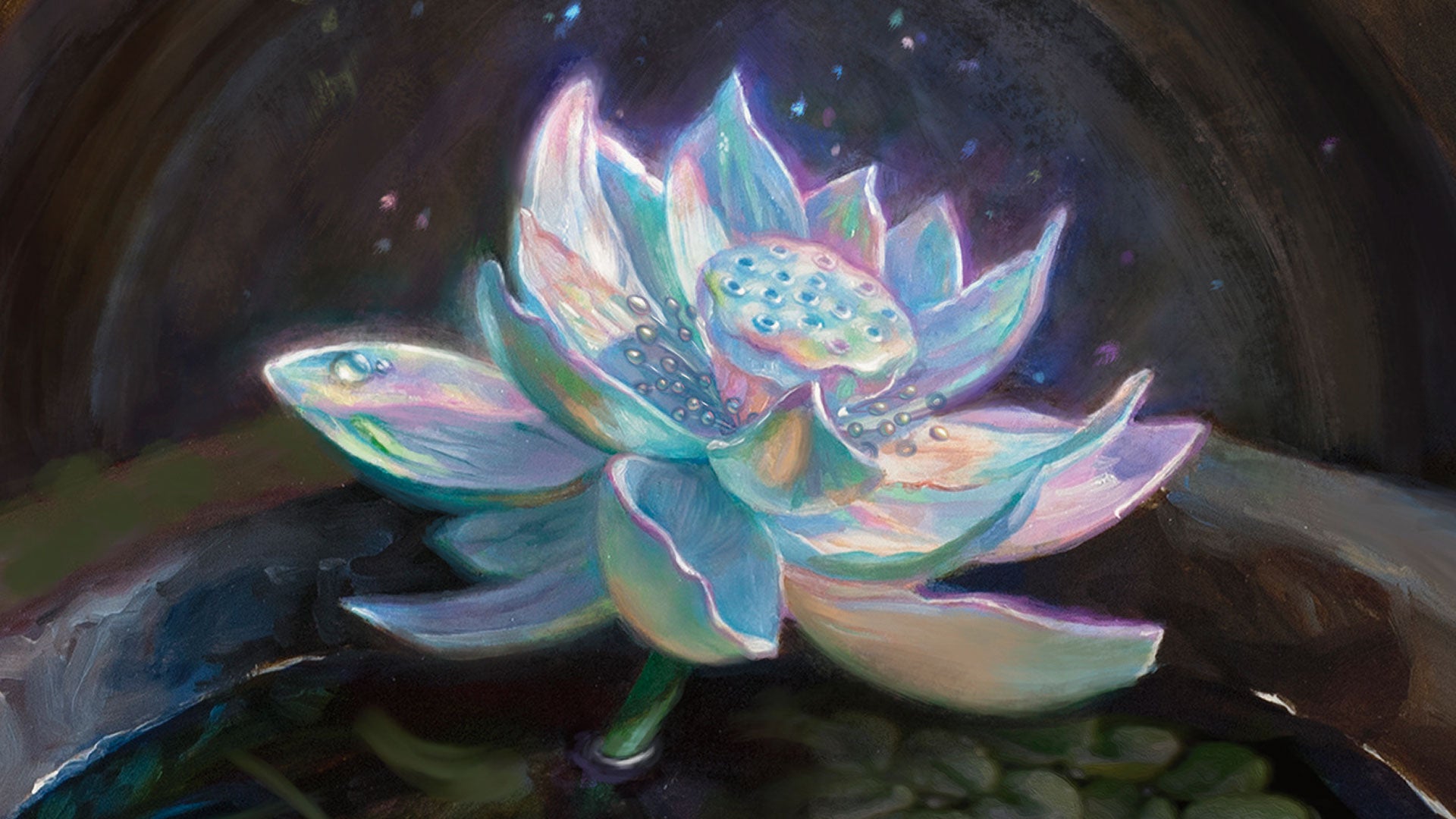 Magic: The Gathering’s return to Dominaria wouldn’t be complete without a new lotus card.

One of the most powerful cards in Magic comes from the game’s first set. Black Lotus is a simple zero-mana artifact that can be sacrificed for three mana of any one color. This card is a famous piece of Magic history that is renowned for its power and the price it demands on the secondary market.

Magic has consistently printed mana rocks that call back to Black Lotus, attempting to put a new spin on a broken card. The last visit to Dominaria in 2018 had Gilded Lotus, a five-mana rock that added three-mana of one color. Other lotus cards include Jeweled Lotus, Lotus Field, and Lotus Pedal, all of which are staples in different formats.

Dominaria United is bringing a new card to the lotus family that synergizes with the set’s five-color archetype in Limited and post-rotation Standard.

This is good. Gilded Lotus saw play during its time in Standard as a five-mana rock. Timeless Lotus is similar to Gilded Lotus as an expensive Artifact that can help you turn the corner the turn after it’s played.

Timeless Lotus does double your mana output if played on turn five. Tapping for WUBRG will help pay for five-color spells in a Domain deck. Omnath, Locus of Creation’s second ability has shown that getting mana—even if they are different colors—is a great way to go over the top and continue casting expensive spells.

One major downside is that Timeless Lotus is legendary. Drawing extra copies of Timeless Lotus will create dead cards in hand. This downside can be alleviated if it’s run in a deck that lets you discard cards for value.

Dominaria United will be released on Magic Arena and Magic Online on Sept. 1, followed by a worldwide tabletop release on Sept. 9.