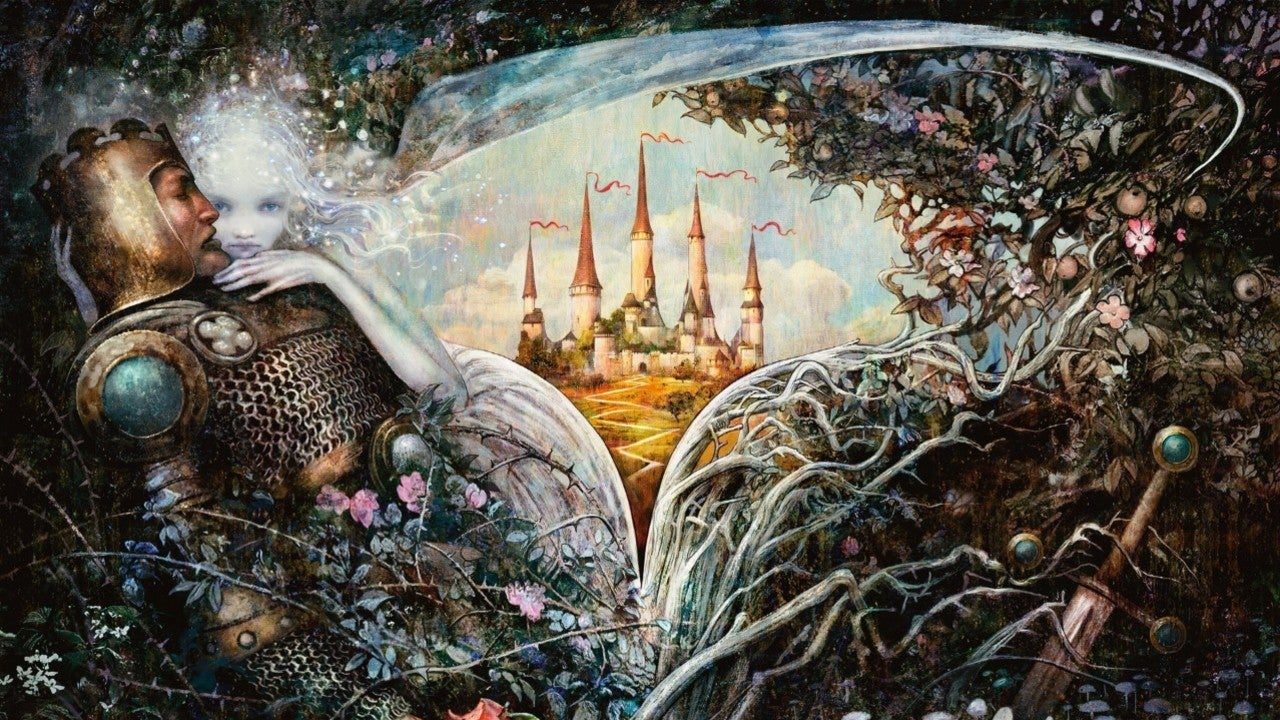 Magic: the Gathering is steaming forward towards its newest set, Throne of Eldraine (ELD), and that means a new Limited format featuring new cards to draft around.

Here’s a rundown of all the design features and deck archetypes that will be present in ELD Limited.

Throne of Eldraine is designed to have either mono-color or dual-color decks, with one specific exception.

ELD is a top-down design based on two specific pop culture genres. The first is Arthurian legends: King Arthur, knights, Camelot, ladies in lakes distributing swords. The second is “faerie tales,” with various overlapping concepts. Designer Mark Rosewater even outlined how the design team had to combine certain stories (such as the Big Bad Wolf that hunts Red Riding Hood with the wolf that blows down the Three Little Piggies’ homes).

Mechanics in ELD play directly into these themes. The first, Food tokens, are simple artifacts that call back to all the various faery tale foods. The adventure mechanic outlines the stories themselves and changes that happen to characters. The final mechanic, adamant, rewards dedication to a value, with each of the five colors representing different knightly values.

None of these mechanics lean into supporting multiple colors. Food is simply colorless, while adamant and adventure actually push towards mono-colored decks. Most likely, you’ll want to splash for a couple cards in another color, but Wizards has recently stated that it wants mono-colored decks in Limited to be “more reasonable.”

That said, Throne of Eldraine will feature 10 different dual-color Limited archetypes, though not as strictly as other sets have. The intention here is to let players wander between mono-colored and various dual-colored decks while drafting, settling eventually on the best build. Here’s the archetypes.

Izzet is all built around drawing a second card in a turn. This means either drawing a single card after the initial card drawn on your own turn, or going for multiples on an opponent’s (or, ideally, both). Izzet decks will have enablers like Loch Dragon to pair with payoffs like Faerie Vandal.

The white-blue color pair decks will want to be stocking up on artifacts and enchantment cards. Many cards this deck revolve around get stronger with one of those card types in play, and even double up if they see the other. Enablers like Arcanist’s Owl pair well with Shinechaser and All That Glitters.

Golgari decks are all about the Food mechanic. Make some Food by sacrificing your own creatures with Witch’s Oven, or take your opponents’ creatures and Bake into a Pie. Then, get some serious value out of your new noms by using that Food to draw cards or kill more creatures.

These three colors and combinations within all care about Knight creatures. Players can either draft a three-color deck, bolstered by Tournament Grounds, or select from any of the following three sub-archetypes.

Red-White is Knights aggr and encourages players to go wide and fast to overwhelm their opponent. Inspiring Veteran is the key uncommon card for this deck, making even little Knights into deadly creatures.

Red-Black, on the other hand, focuses more on Equipment. Steelclaw Lance is the premium uncommon here, and provides a ton of value if you have a Knight to throw it on.

The final Knights deck, Black-White, is a classic mid-range deck that aims to grind out opponents with hard-to-beat creatures. Wintermoor Commander is the key uncommon to make that happen, since it opens up attacks onto defended opponents.

Gruul decks are all about non-Human creature types and represent the “wilds” of Eldraine. Led by Grumgully, the Generous, these decks center around Elves, Goblins, and other strong wild animals, along with spells that provide extra benefits to non-humans.

Simic decks want to play land spells and generate mana. Cards like Maraleaf Pixie and Fertile Footsteps get you there, then revel in the rewards with value engines like Thunderous Snapper and high-cost spells like Welcome Home and Beanstalk Giant.

The new adventure mechanic is the all-star of Selesnya decks. Powerful adventure cards like Oakhame Ranger get paired perfectly with payoffs like Wandermere. Fans are particularly excited about Edgewall Innkeeper, a low-cost enabler that may turn Adventures into a Standard deck.

These decks want cards to be in the graveyard and have several ways of benefiting with cards there. This archetype actually has some unique and powerful cards in ELD, such as Covetous Urge, which on the surface looks like a regular “discard” spell, but actually lets you cast any card from your opponent’s graveyard or hand as a bonus. It also has a powerful draw spell, Into the Story.