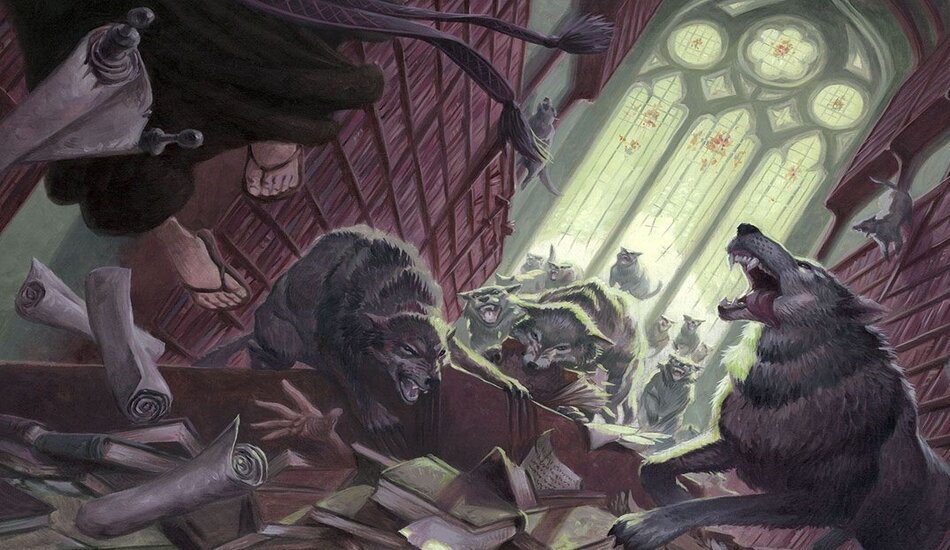 The Magic: The Gathering community was hoping for a legendary wolf in the Throne of Eldraine set for Commander, but it got a big bad Wicked Wolf instead.

Llanowar Elves might be rotating out of Standard, but the Throne of Eldraine (ELD) set is making sure stompy Green creatures still have value. And Wicked Wolf is proof of that. From removal and counters to indestructible, this big bad wolf will get plenty of playtime in Standard and ELD Limited Draft.

Wicked Wolf has three abilities, making this four mana (double green) 3/3 a card to fear. When it first comes into play, the wolf fights a target creature you don’t control. As a 3/3, it’s not the best ability. But there’s more.

Using the ELD Food mechanic, a player can sacrifice a Food token to put a +1/+1 counter on Wicked Wolf. In addition, this also gives Wicked Wolf indestructible until the end of turn. This allows players to take out a creature that their opponent controls with a defense of four and not lose Wicked Wolf in the process.

The tapping of Wicked Wolf is simply a resolution, not a part of the cost required to activate its abilities. This is also beneficial when attacking, similar to Adanto Vanguard, without the life point penalty. Wicked Wolf also keeps the +1/+1 counter from the sacrificial Food token. 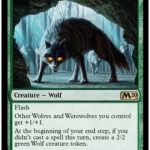 Since Nightpack Ambusher is also in the four-drop spot (double green), Wicked Wolf misses the curve for tribal-themed decks. And while this might disappoint some people in the MTG community, Gruul and Bant players will surely find a way to fit it in.

Wicked Wolf and the Throne of Eldraine expansion are set to be released on Oct. 4.