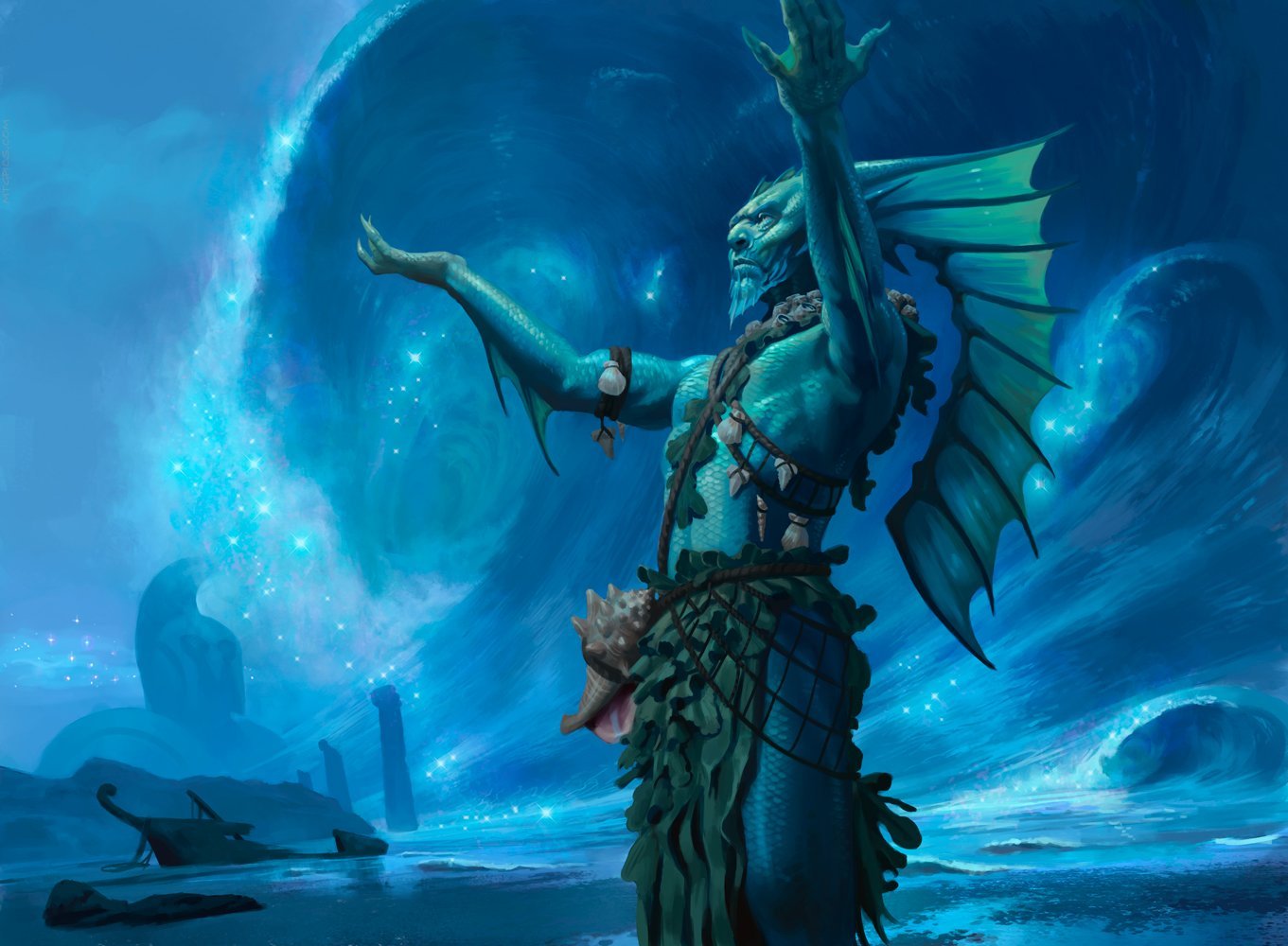 Magic: the Gathering‘s new set launches this week on Arena, and that means a new Limited format to learn! Blue gets some cool tricks and abilities this time around. Here’s the best (and worst) Blue cards for Limited.

Thirst for Meaning is one of those breakout common spells you will see in every Blue deck that can find it. This card is an easy two-for-one, but has an even higher ceiling if you can discard things you don’t have a use for anyways. And, at instant speed, this can (and will) be used for serious card advantage.

As a 3/2 flier, Shimmerwing Chimera is a pretty decent evasive Limited threat. However, this ticks several other boxes as well. Firstly, it’s an enchantment in its own right, aiding in mechanics like Constellation. Secondly, it must bounce other enchantments you control every turn, meaning you’ll continue being able to get those Constellation triggers, without significant additional costs.

Unsummon comes with a Therosian twist this set – it can target enchantments, unlocking a number of cool plays. With so many Auras around, bouncing your opponent’s creature and killing any attached Auras is exactly where you want to be. Just note that you can’t target your own stuff!

Medomai’s Prophecy requires a lot of work, but it definitely has a payoff if you can get there. Prophecy is all about its third ability, a powerful draw two that should set up the rest of your game. This card rewards patience and planning, so is it any wonder that it’s Blue?

Science went and did it again with Ichthyomorphosis, a simple form of Blue removal. In THB, however, this gets a bit better, both because of indestructible gods and because Ichthy counts towards your devotion count.

Alirios here is a cool design. As a man, the card lands on the battlefield and immediately gets distracted by the nearest body of water. His reflection, however, is a mean 3/2 creature token. Then, if the Reflection dies, Alirios shakes off his hydrophilia and gets back to work!

Callaphe, Beloved of the Sea

As the Blue Demi-god, Callaphe is intentionally pushed a bit, and can indeed become a pretty massive creature as your Blue devotion grows. However, the tax its second ability applies is where this creature really shines. Broad protection like this is hard to come by and often can throw opponents off their game.

Riptide Turtle is a great blocker once. That’s about all there is to say. Once your opponent knows, Ripty’s game is basically just to wait until you pull ahead.

Milling is a complex Limited strategy, but can be rewarding in the right deck. Unlike Throne of Eldraine, though, THB has no mill to victory archetype. Dimir is self-mill, but this card is not where you want to be to pull off that deck.

As above, mill to win is not intended to be viable. This would be a powerful spell if it were true, but for now, it’s a definitely hold. So just…enjoy the artwork?