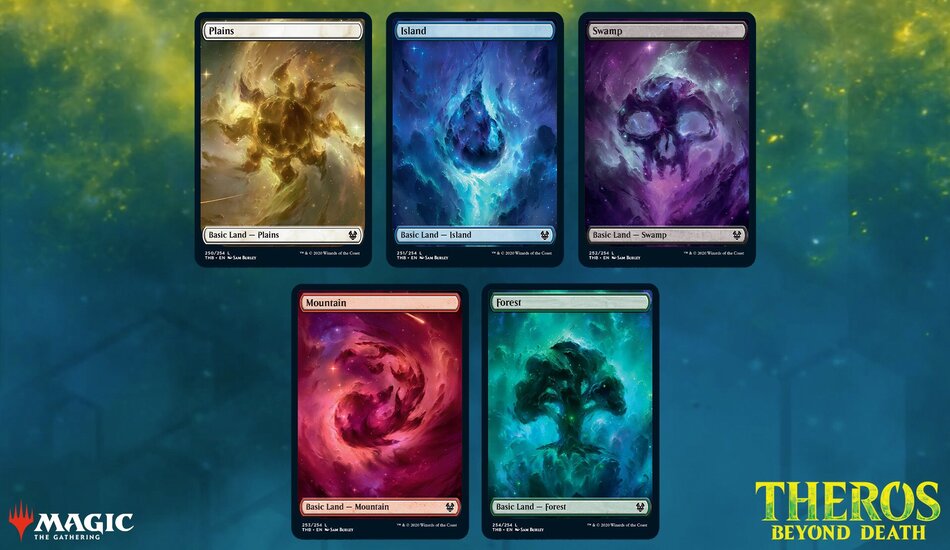 Players can finally add the Theros: Beyond Death Nyx basic lands to their library in MTG Arena.

Cosmetics in MTG Arena are often overlooked, but the Magic community’s demand for the THB Nyx basic lands has prompted Wizards of the Coast to add them to the Arena store in the upcoming Feb. 11 update. The lands were previously available to players who had a Planeswalker Deck code, but WotC said that this was an error and the situation was corrected in Patch 1.04.

But now, the wait is over and the Nyx basic lands will officially become available next Tuesday, Feb. 11. The cost for each of the five lands is 3,000 gold or 15,000 for the entire set. A single purchase of a Nyx basic land allows players to add any number of that color land to their constructed decks.

Constellation-themed showcase card styles are also arriving in the MTG Arena store on Feb. 11. Players will have to wait until next Tuesday, however, to find out how much these card styles will cost.

New cosmetics like the Nyx basic lands and constellation card styles will arrive in MTG Arena on Feb. 11.