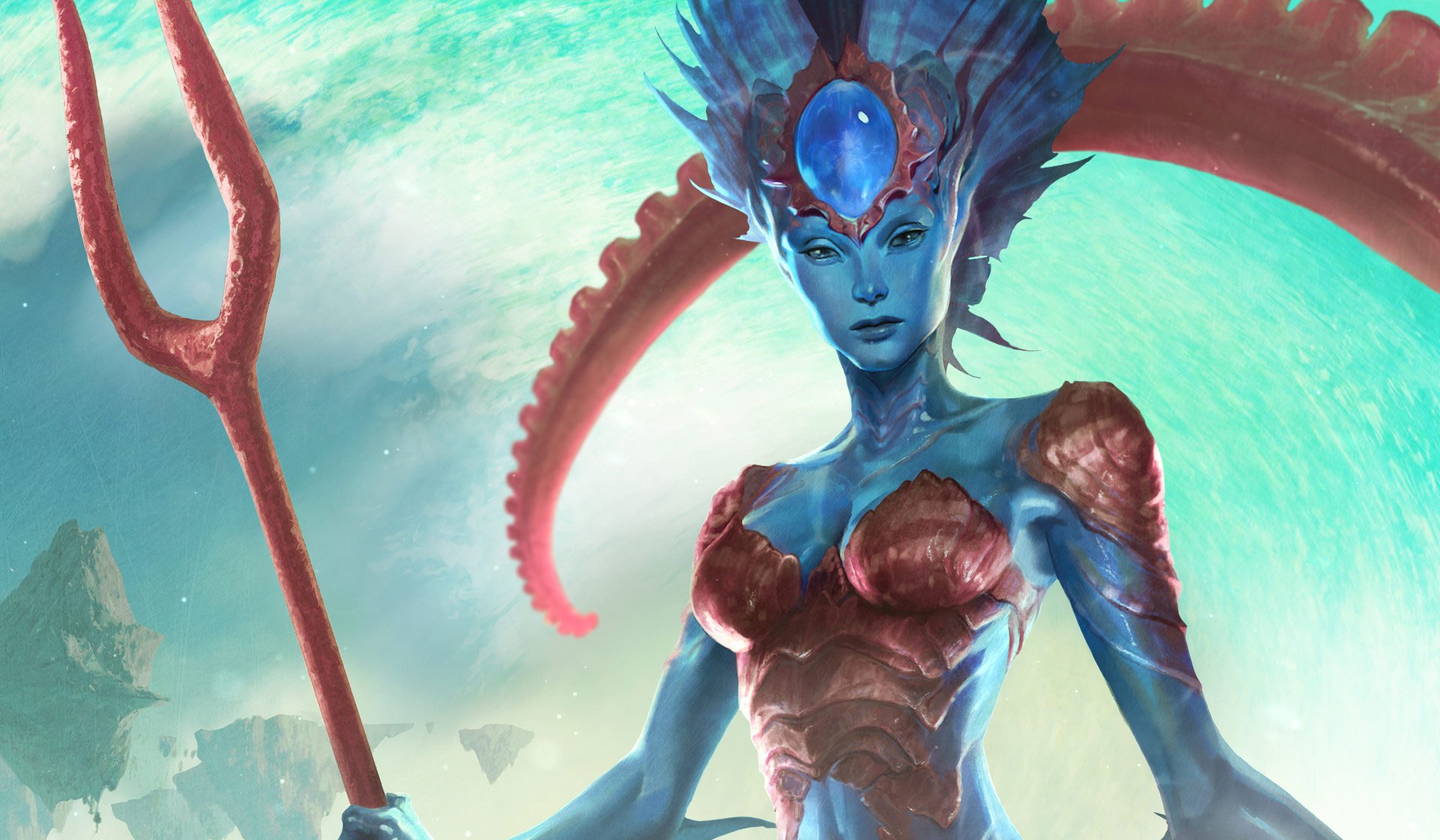 Blue is the color in Magic: the Gathering most-tied to powerful, late-game effects. Wizards of the Coast continues that trend in Theros: Beyond Death with a new Saga, Kiora Bests the Sea Gods, that combines several powerful abilities all in a nice one-card package.

Kiora Bests the Sea God is great. It adds three powerful abilities into your arsenal that all play well with most blue decks’ game plans. It makes a creature finisher with added protection, then the next turn taps down your opponent’s board, then gives you additional value by stealing something they control.

Even with its big cost and the slow nature of the Saga mechanic, this card is definitely powerful enough to make it into Standard decklists. The third ability alone is basically the same as Agent of Treachery‘s, which has the same mana cost and sees tons of play in current ramp decks. Its second ability is a broader version of Sleep, a finisher in last year’s variant of Mono Blue. And this card isn’t even legendary, meaning you can own multiple copies on board!

Kiora Bests is also a nice call back to the previous Theros block. The story “Drop for Drop” was published as one of Wizards’ weekly lore events back in 2015, and literally tells the story of Kiora tricking the god Thassa and stealing her powerful bident. This new Saga follows that tale in mechanical form, in addition to showing how the people of Theros have come to accept the events of the previous block.

As a bonus, YouTube channel Tolarian Community College created an abridged and narrated version of that story here in a fantastic 20-minute video/spoiler for the card.