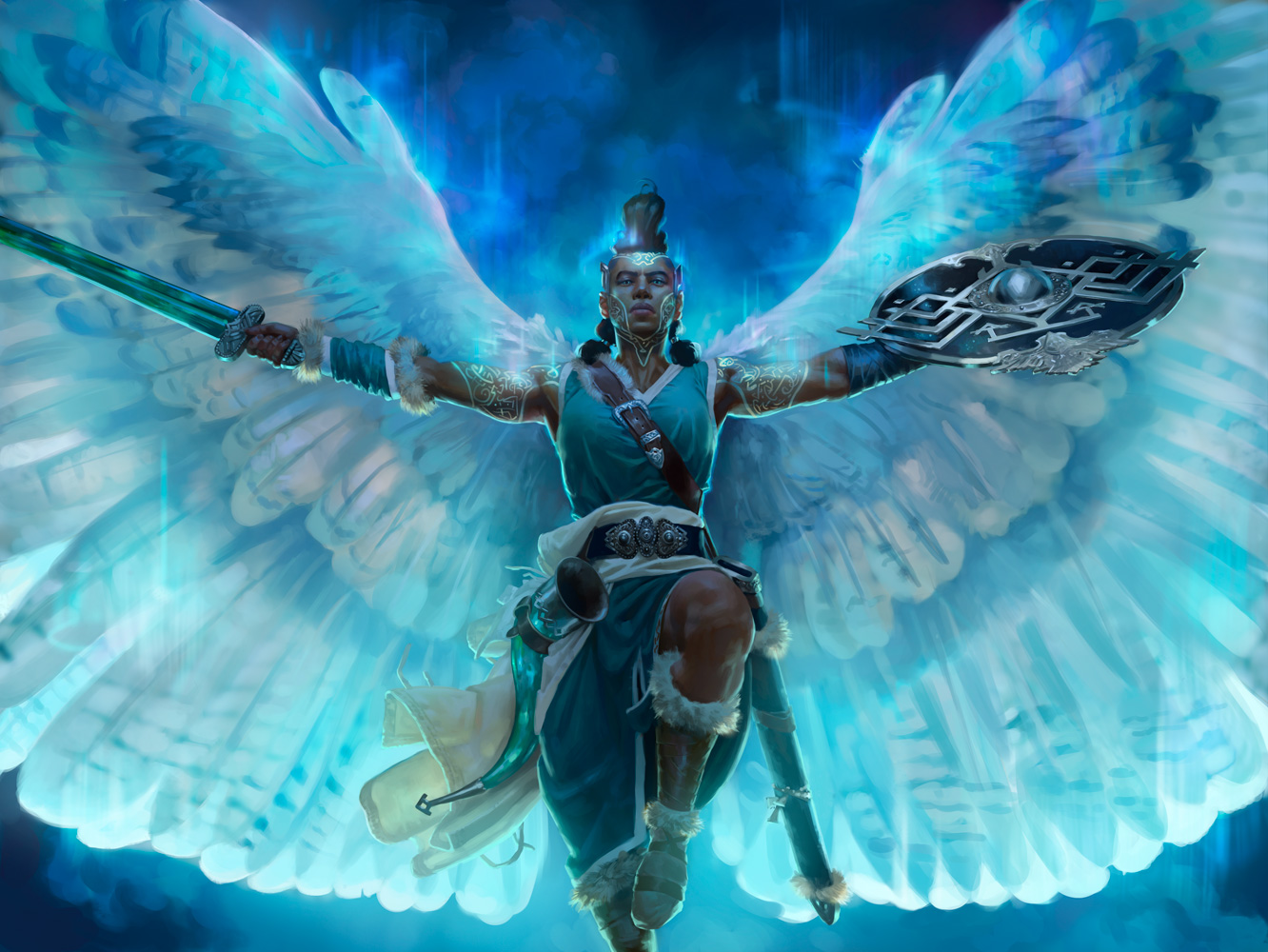 Paulo Vitor Damo da Rosa and Eli Kassis continued to run hot through day two of the February Kaldheim League Weekend to remain at the top of their respective leagues going into the Kaldheim Championship.

Kaldheim Split represented the final chance for many players in the Magic Pro League and Rivals League to improve their standings and mark a clear goal going into the Strixhaven Split, which begins on April 10. The three League Weekends in Strixhaven split will lock players into their final league standings where they will face relegation or an opportunity at promotion.

The top four of each league at the end of the season will qualify for Magic World Championship XXVI. There’s still points up for grabs at the Kaldheim Championship on March 26 to 28.

Here is the current top four standings for the MPL:

Damo da Rosa continued his reign over the MPL with a solid six-point effort putting him at 34 points, one more than second-place Gabriel Nassif. His spot isn’t entirely secure, however.

Nassif has performed well during recent tournaments and can earn up to four points at the Kaldheim Championship. Nassif is a consistent tournament performer in the past year, recently making the top eight in the Zendikar Rising Championship, 2020 Grand Finals, and 2020 Mythic Invitational.

Brad Nelson is also on a hot streak sitting at 31 points, tied with Ondřej Stráský to round out the top four. Nelson was a star in the past two League Weekends, earning 17 wins. If they maintain their current pace, a top-four finish is within reach. There are five players within four points of securing a top spot. Reid Duke, Andrea Mengucci, Márcio Carvalho, Rei Sato, and Seth Manfield are in a position to earn World Championship qualification.

Several MPL players are fighting to remain in the league. The bottom eight will drop to the Rivals League. The next four players will have to play in the Rivals Gauntlet to retain their spot in the MPL. Javier Dominguez, Ken Yukuhiro, Martin Jůza, and Brian Braun-Duin are currently in that precarious spot.

Jůza had a particularly rough weekend, going winless through 11 matches. After dropping eight spots in the standings, Jůza is now fighting to remain in the league instead of trying to break into the top four as he was coming into the weekend.

Eli Kassis earned 17 points over the past two League Weekends but it wasn’t enough to develop a comfortable lead in the Rivals League. Kassis is tied with Stanislav Cifka at 31 points. Matt Sperling and Christian Hauck are within two points of taking the top spot. Every player in the top four earned at least seven wins this weekend.

There’s still a logjam in the middle of the Rivals League. There’s an eight-way tie at 25 points. It’s becoming increasingly likely that tiebreakers will end up determining many of the Rivals Gauntlet and MPL Gauntlet participants.

Here are the top four players in the Rivals League

As win-rate data from the tournament is compiled, Standard will continue to evolve. The Kaldheim Championship tournament is a month away and this tournament will be a major influence on what decks will appear. Mono-Red Aggro appeared to be the worst of the two mono-colored aggro decks from this weekend. Mono-Red Aggro’s adjustments will be few and far between. The decklist is fairly tight, but a minor tweak could make a massive difference.

Naya Adventures is a big winner this weekend. Whether it was the combo or Gruul Adventures splashing white, this deck is the one to beat coming out of the weekend. Expect a lot of sideboards targeting Naya Adventures at the Kaldheim Championship.

Sultai Ultimatum also proved to be a formidable deck. The strategy recently fell out of favor compared to the hype from a few weeks ago, but casting Emergent Ultimatum remains a devastating finisher. Fetching Kiora Bests the Sea God, Vorinclex, Monstrous Raider, and Valki, God of Lies // Tibalt, Cosmic Impostor seems to be the ideal finishing sequence through two days of high-level competition.

Magic Esports rolls on with a busy March ahead. There are two Magic Online Champions Showcase events on March 13 and 14. The Kaldheim Championship rounds out the month on March 26 to 28.