The First Iroanian Games powers up Green Adventure in Theros: Beyond Death 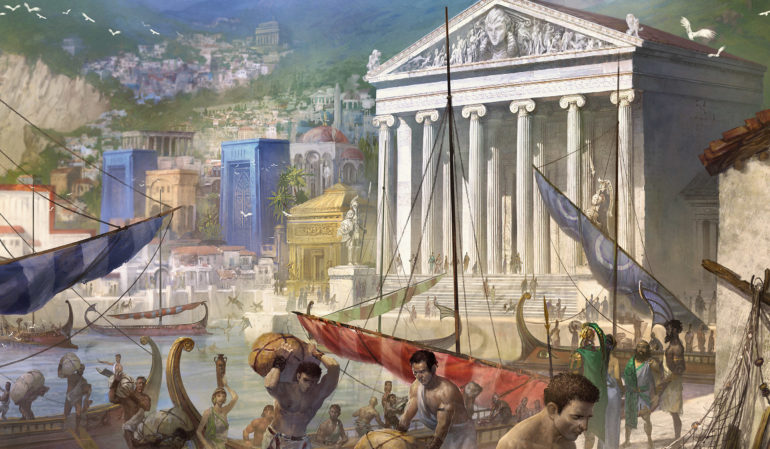 A weakness that has kept Lovestruck Beast in check since its release within the Throne of Eldraine received assistance today from The First Iroanian Games. The Theros: Beyond Death (THB) saga was released in German but a rough English translation of the text exists.

This powerful saga creates a 1/1 token on its first turn out and then lets a player add three +1/+1 counters during its second stage. On the third step, a player can draw two cards if they have a creature with a power of four or greater and the final stage rewards them with a Gold token.

In a Green Adventure deck, The First Iroanian Games resolves a problem created by removal that targets Lovestruck Beast’s 1/1 creature token. It produces that lost 1/1 token, pumps Lovestruck beast up to an 8/8, and then draws two cards in addition to cantrip created by Edgewall Innkeeper and Trail of Crumbs.

The First Iroanian Games also synergizes well with The Great Henge in Green and can pump up a Questing Beast to a 7/7. It’ll also be worth playing in the THB Limited format too, especially when paired with White.

Weaker creatures, or tokens, get pumped while card draw increases tempo. And White has Archon of the Fallen Stars, a flying creature that can return an enchantment to the battlefield upon its death.