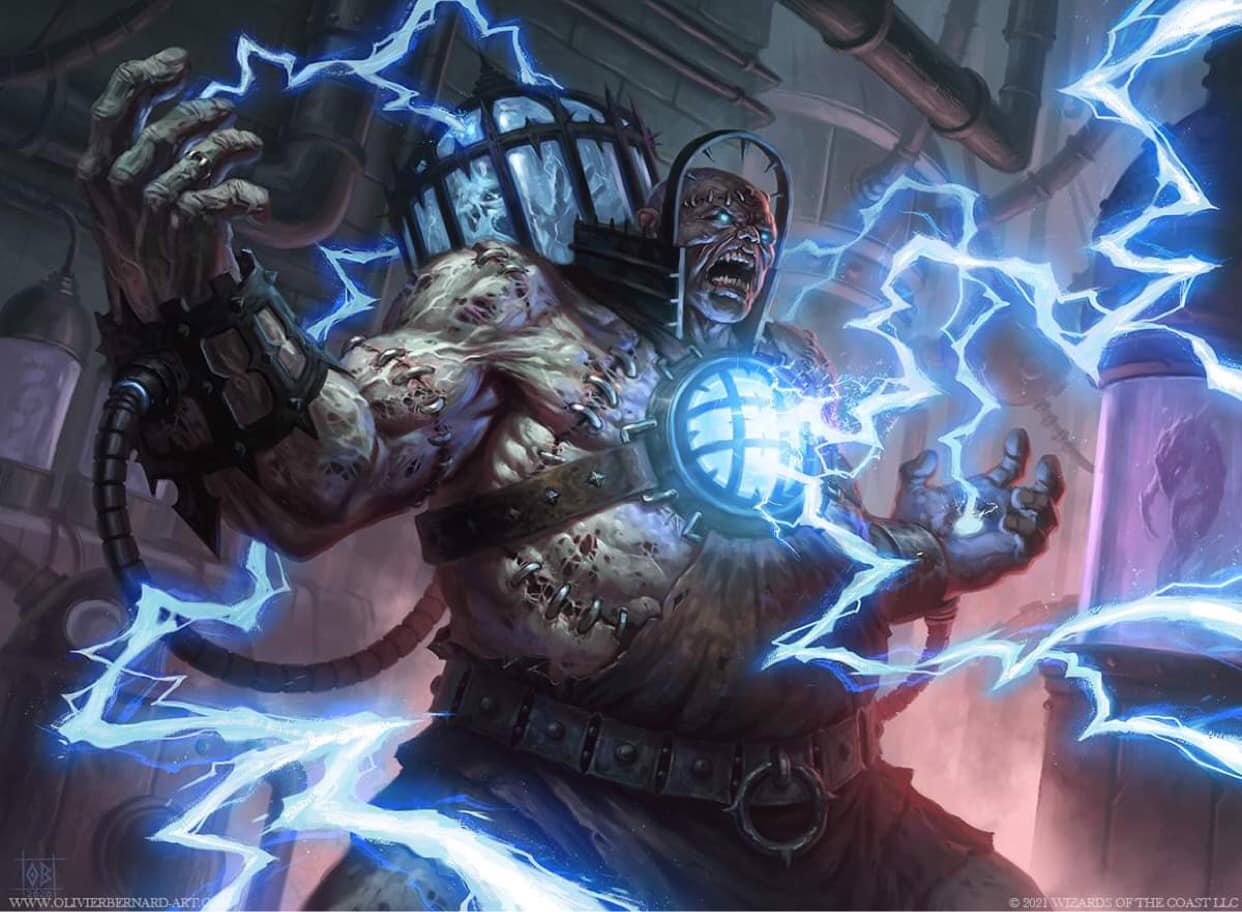 Cleave is a new mechanic Wizards of the Coast added to Magic: The Gathering in its latest set Crimson Vow. And while it might seem like the mechanic is just a different way to display Kicker, it’s a little bit more than that.

With the new mechanic’s release, Wizards made a special cycle of Rare mono-colored spells that have multicolored Cleave costs that will give players an extra layer of flexibility when using the cards.

While some of these cards’ Cleave features could be easily replaced by a different mechanic like Kicker, most of them show players exactly how Cleave can be used as a card design feature that is completely unique.

This Rare White spell has a Lightning Helix-like effect that could come in handy for creature-heavy decks. If you have two or more creatures on the battlefield, you won’t want to play it for its Cleave cost.

Its Cleave could come in handy if you’re playing against a control deck that wipes the board with just a planeswalker up, however. At that point, casting Lantern Flare for its Cleave cost could help you even the playing field in a long grindy game.

Winged Portent is one of the cards you don’t necessarily want to play for its Cleave cost outside of Limited formats. For three mana, the card’s draw power in a deck that exclusively has flying creatures could be very useful.

The six-mana Cleave cost, however, makes it so you need a lot more creatures on the battlefield to gain the amount of value you’d want to maximize utility.

Path of Peril is a perfect example of a card that you will likely be able to play for its normal cost. But in a pinch, casting it for its Cleave cost late in a match could be a game-changer.

Particularly in a format like Historic or Modern, you will play against decks that are low to the ground that exclusively run creatures costing two mana or less. In those instances, a three-mana board wipe is immensely powerful.

Alchemist’s Gambit isn’t nearly as much of a gambit when you play the card for its Cleave cost. But at the same time, the card’s Cleave cost is more than two times its normal cost.

Any time you can take an extra turn, you are likely trying to either loop that extra turn indefinitely or win on that next turn. So both forms of the card are powerful when used the right way, but making sure you’re using the card in its most optimal way could be difficult.

Everyone has played a game where they just wish they had one more basic land, and Dig Up is designed specifically with that in mind. But having a four-mana Cleave cost that turns it into an unrestricted tutor effect makes the card both powerful and flexible.