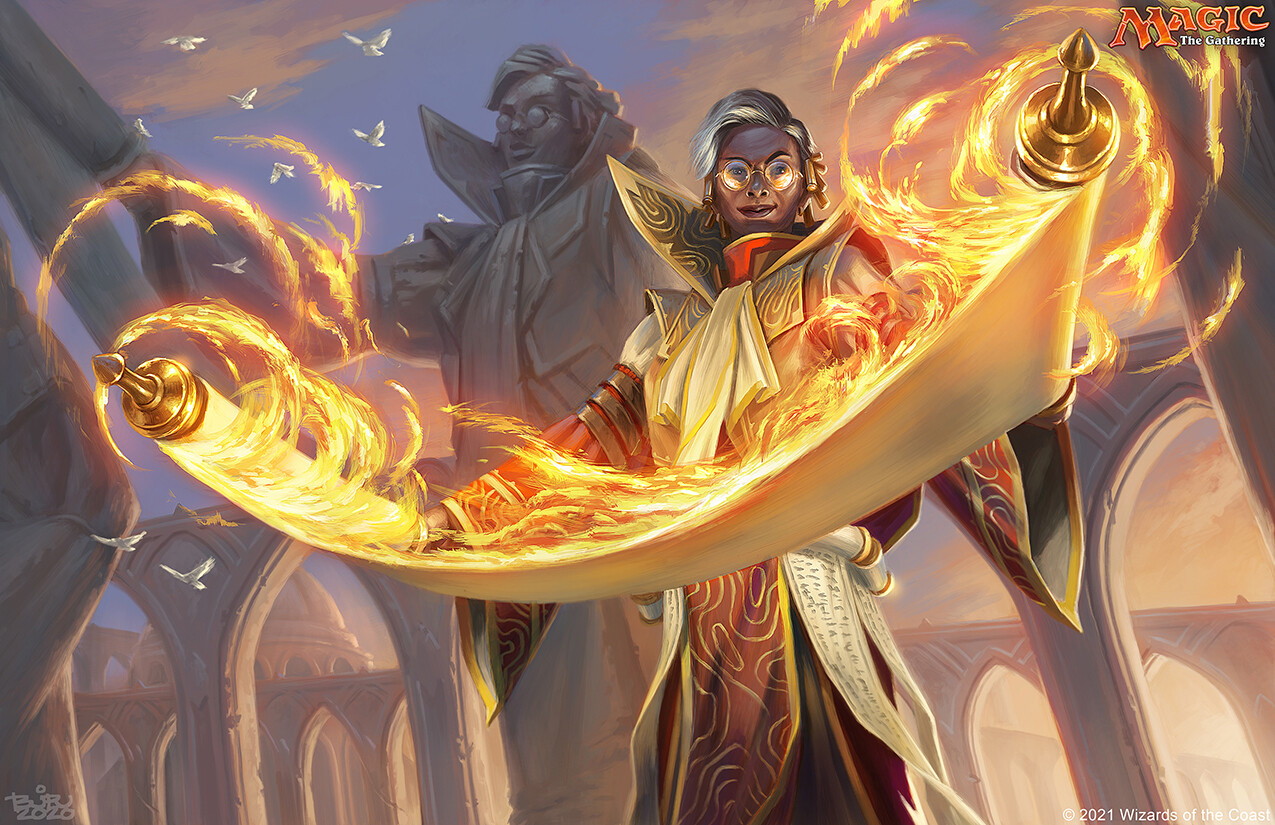 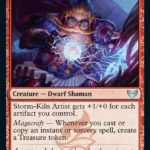 Strixhaven: School of Mages is focused on two-color pairs similar to past sets like Guilds of Ravnica. The upcoming Magic: The Gathering set experiments with each color pair to try and differentiate them from other sets. The Blue and Red-aligned Prismari and Red and White-aligned Lorehold end up using Red spells in similar ways.

Prismari is looking to cast big-mana Instants and Sorceries. Lorehold wants to use Spirit tokens and graveyard Artifact synergies to take over the game. Both colors have expensive spells that benefit from generating Treasure tokens or using cards that net the player mana.

Heated Debate is a simple, effective removal spell. Play this in Lorehold or Primari decks. This kills most creatures in this set.

This is a good Uncommon that can fit into Lorehold and Prismari decks. For one Red mana, Grinning Ignus nets you two extra mana to cast spells. This is a great way to cast some of the bigger Rare spells in UR and RW strategies. This elemental might be aligned with Prismari, but Lorehold mages should look to play with this card.

Igneous Inspiration is another example of Learn making a below-average card better. A three-mana bolt effect is good. With Learn this spell represents three damage and a card. That is some solid value for a normal-looking effect. Igneous Inspiration also triggers Magecraft and should find its way into most Red decks.

Illustrious Historian is a fine creature that can be useful in the late game. A two-mana 2/1 isn’t going to survive very long. It is good enough to trade with a fair amount of creatures. The ability to pay five mana after it’s dead and get a 3/2 Creature with a relevant type for Lorehold decks is excellent for a Common creature.

It’s unlikely you’ll storm off in Limited with Storm-Kiln Artist on the battlefield, but this 2/2 utility Creature’s Magecraft ability fuels Prismari gameplans. Creating a Treasure token with each Instant or Sorcery cast or copied pays off in the long run. Each spell gives you back one mana. Prismari decks have plenty of 5+ mana spells that are difficult to cast. Storm-Kiln Artist is a consistent way to get Treasure tokens that help you cast these big, game-changing spells.