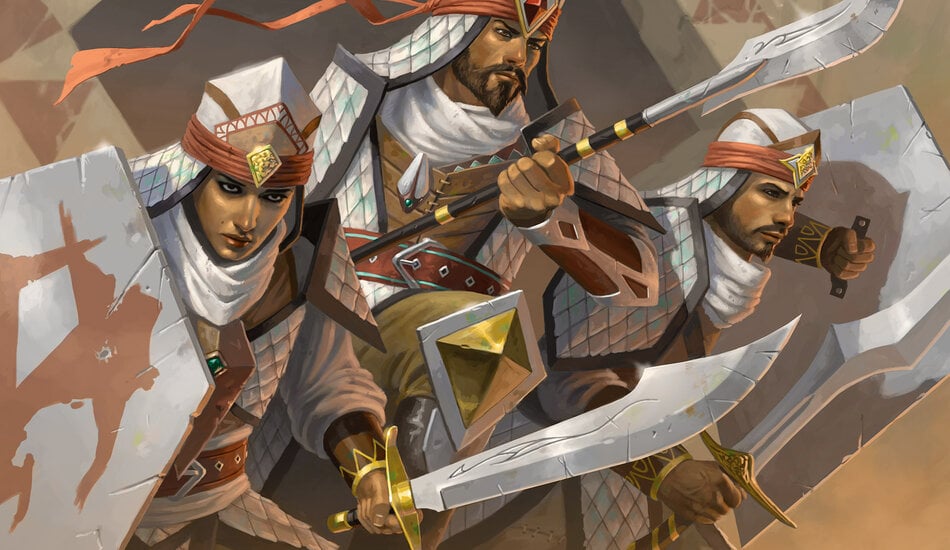 Featuring one of the most unique formats in Magic: The Gathering, Star City Games is hosting the Team Constructed Open this weekend in Richmond, VA.

The SCG tour lights up the MTG metagame this weekend as players from around the world are ready to team up in the formats of Legacy, Modern, and Standard. Coverage of the SCG Open begins today at 9am CT via the Star City Games Twitch channel, hosted by Matthias Hunt, Emma Handy, Bryan Gottlieb, and Craig Kremples.

The Open runs for two days from Aug. 17 to Aug. 18, with day one consisting of nine rounds in which only the top 24 teams will advance. Day two consists of six rounds, cutting the field down to the top eight. The winners of the SCG Team Constructed Open will take home a grand prize of $7,500.

Team Constructed events are played with three players per team. Each player enters an MTG format-legal deck in Standard, Modern, and Legacy. The three vs. three matches (seat A, B, and C) run at the same time, with each member of the team playing one of the three formats with their constructed deck.

Players are allowed to communicate with each other during matches, whether it be about taking a mulligan or what to use from a sideboard. Matches are best-of-three in which the first team to win two matches earns three match points and moves on to the next round.

Fans can watch the SCG Team Constructed Open unfold this weekend on Twitch as the top meta decks in MTG battle to see which archetype reins.