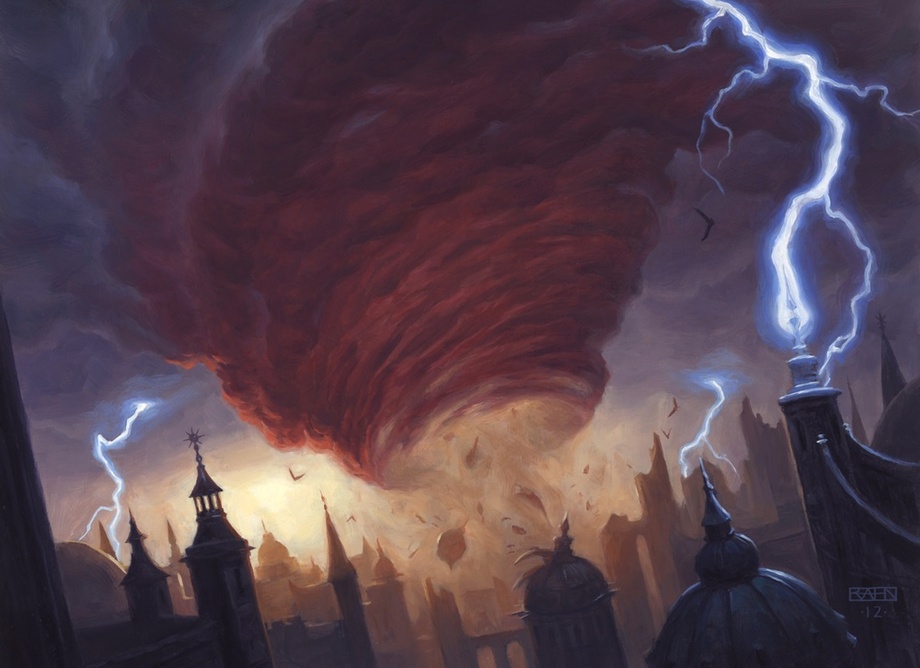 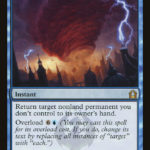 Games of Commander can get complicated. The format uses nearly every card in the history of Magic: The Gathering to enable multiplayer gameplay that usually yields massive battlefields.

A great solution to a complex boardstate is to just destroy everything. Wraths are a staple in Commander. These sorcery spells help reset the battlefield and keep decks that rely on permanents in check.

There’s a lot of wraths available to you when crafting your deck or considering what spells your opponent may have. Here are the best and most played board wipes for Commander.

If a deck is running blue, chances are it will contain Cyclonic Rift. As one of the best finishers in Commander, Cyclonic Rift is a one-sided board wipe when cast for its seven-mana Overload cost. This spell bounces every nonland permanent your opponents control while keeping your board intact.

It’s important to use Cyclonic Rift at the right time. The spell should be used to either prevent an opponent from running away with the game or to clear the board for your legion of attackers.

One-side board wipes are the best. Black decks have access to In Garruck’s Wake, an impressive wrath spell from Magic 2015. This nine-mana sorcery destroys each creature and planeswalker you don’t control.

A nine-mana value spell is expensive, but black decks in Commander excel at forming a massive mana pool. The card does struggle with artifact-focused builds, but black has plenty of ways to deal with those opponents through life-loss effects.

Wrath of God is the reason board wipes are called wraths. The spell was originally printed in Alpha and remains a staple in control decks that run white.

For just four mana it destroys all creatures. This is a simple effect, but the cheap mana cost makes it better than most options. Generally, wrath effects have a mana value of five or greater. Wrath of God is one of the few board wipes that cost four mana without some kind of downside.

Printed in Kaldheim, Doomskar is the newest card on this list. When the card was first revealed, its power level was clearly evident. A potential three-mana wrath is explosive and efficient. Doomskar is a Foretell spell that normally costs the standard five mana for a wrath, but when foretold you can cast it for three mana. That’s a hefty discount.

Commander is a social game and your opponents forgetting about Doomskar can’t be underrated. You must make sure Doomskar is clearly visible as a face-down card, but with how complicated board states get in Commander the last thing on your opponent’s mind is your face-down spell. You may get a little extra value from Doomskar as your opponents play into it.

Red doesn’t have clean “destroy all creatures” effects but it can deal a lot of damage, which generally has the same outcome. Blasphemous Act is a nine-mana sorcery that deals 13 damage to all creatures. That’s more than enough to clear the board most of the time. What makes Blasphemous Act great is the mana value reduction. The spell costs one less for each creature on the battlefield. More often than not, this spell will cost one or two mana.

Blasphemous Act is a token deck’s worst enemy. One opponent could easily make this powerful sorcery a one-mana spell.

Merciless Eviction is one of the best modal board wipes. It can hit creatures, artifacts, planeswalkers, and enchantments. If you need a permanent destroyed, Merciless Eviction can do the job. Flexible spells are gems in Magic. The ability to adapt to any situation or opponent prevents Merciless Eviction from being a dead card in hand at any point. The only limiting factor is the two-color mana cost, but it’s a staple in any deck that can run it.