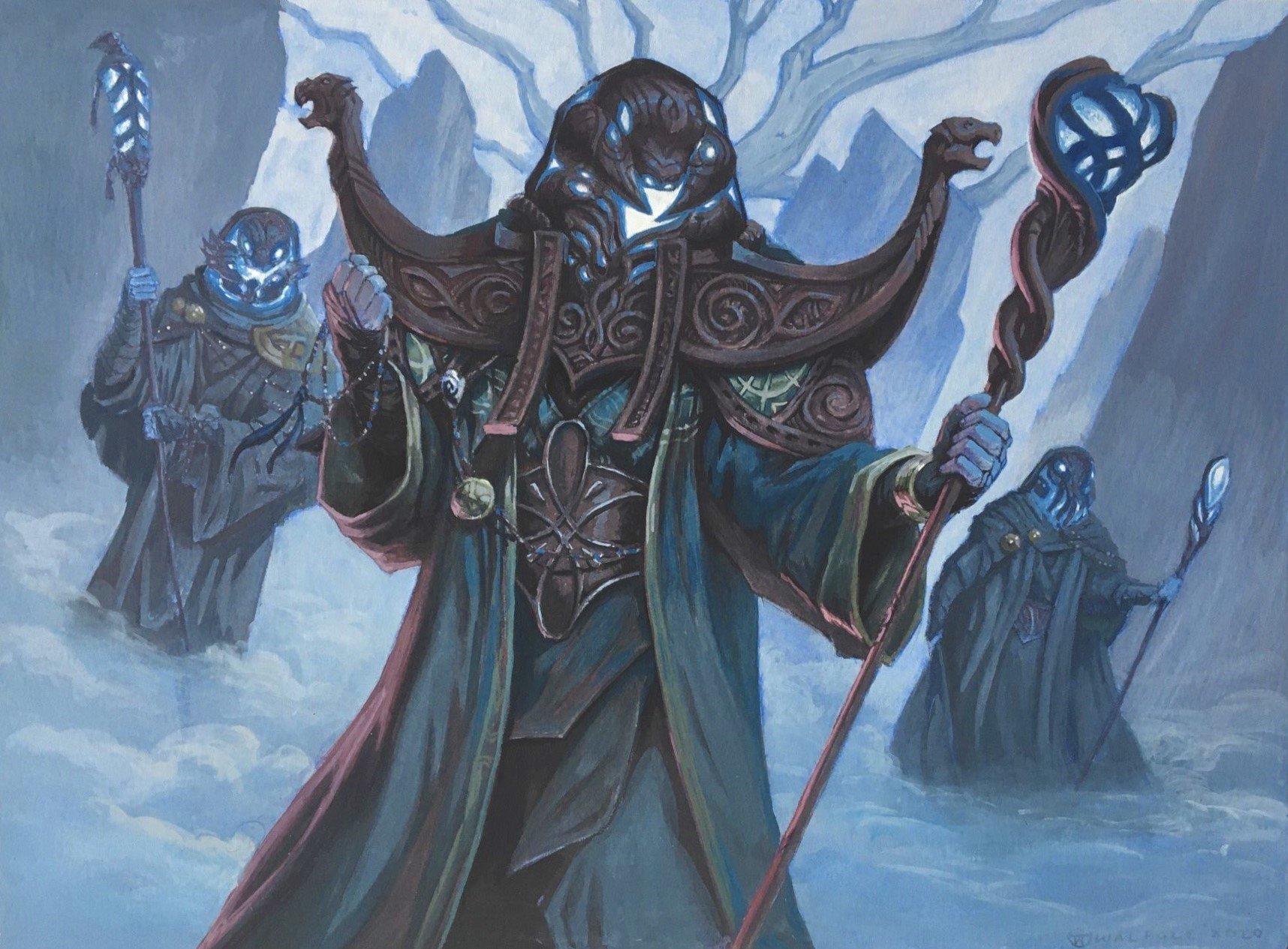 Picking your Commander in Magic: The Gathering is like picking out a pet to adopt.

Everyone has a different way of going about it. But most of the time, once you go home with your pet, or Commander, there’s an immediate and intimate attachment.

MTG‘s Commander format requires players to select one legendary creature that can be played from outside of your hand or deck, making it the most crucial aspect of your deck. The format allows no more than one copy of any given card and it must share a color with your Commander, adding high variability to the way the deck plays.

This makes the selection of your Commander the most important decision you’ll make when constructing your deck.

MTG’s new set Kaldheim represents a new pet store for those in the market for a new Commander. With 33 legendary creatures, the set has a plethora of new opportunities, but many of the cards are less exciting.

Whether you play Commander with a hardcore group of gamers with decks that try to end games in four turns or if your friends take a more casual approach, Kaldheim has some options for you.

Here are a few of the best cards that you could use as your Commander from Kaldheim.

Any card that can create a copy of something you have out on the battlefield has value in the Commander format, and making it your Commander gives you a reliable engine for copying creatures.

Being stuck in mono-Blue isn’t necessarily ideal, but there’s a lot of potential to pop off with Orvar if you have creatures that give you draw-power and/or a mana advantage as they enter the battlefield.

If he’s not taken care of, Orvar can be used to pull off some nasty combos.

Costing only three mana, this mono-black Commander is essentially “Demonic Tutor, the Commander.”

Getting him out on turn-three and Boasting him on the following turn will help you fix your draw so you have exactly what you need on turn five every game. The utility of having a Commander that can get you whatever card you might need is invaluable.

As a modal double-faced card, Esika is so much more than just a mono-Green Commander. On one side, she provides utility as a mana-generator who makes other Legendaries mana-dorks as well.

In short, having Esika as your Commander lets you just play “Five-Color Good Stuff.”

Tergrid might only be a mono-Black card, but with her passive ability, you’ll gain access to every type of card your opponents have.

In a deck filled with cards that force opponents to sacrifice and discard permanents, Tergrid will give you an insanely powerful boardstate very quickly if she’s not accounted for by your opponents.

He may not fit into the meta for the more hyper-competitive playgroups that forgo a creature-based approach to EDH, but Kardur will certainly help you speed up games against more casual players.

Not only will he force everyone to attack with all of their creatures, but your opponents won’t be allowed to attack you. If you’re playing in a group of four to six players, this could help you divert attention away from yourself as your friends take it personally when they all attack one another.

This tactic will not only buy you a turn or two to build your boardstate, but it will chip away your opponents’ life totals at the same time.