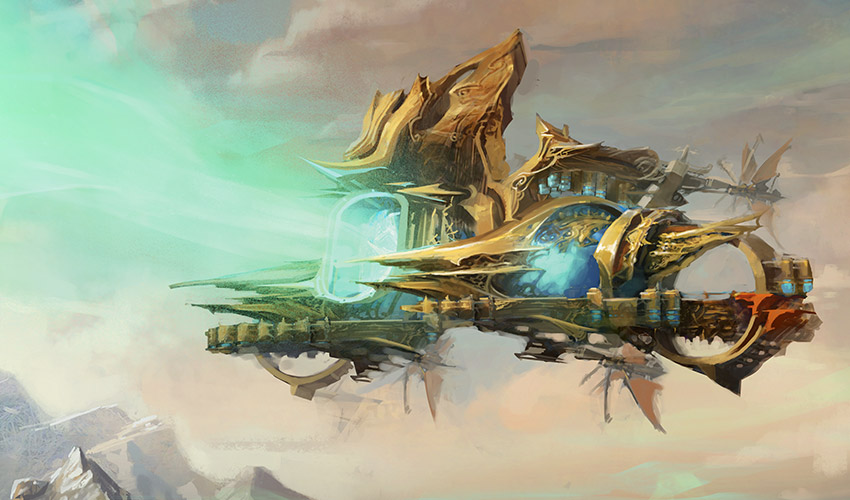 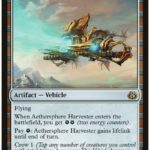 Vehicle cards in Magic: The Gathering are usually colorless Artifacts that have power and toughness but need to be activated with a Crew before counting as creatures.

Here are the five best Vehicle cards in MTG.

Aethersphere Harvester is a three-cost Vehicle with 3/5 stats and Flying. On top of that, it gets two energy counters upon entering the battlefield, which can be used later on to give it Lifelink for one turn.

Its crew requirement is also only one, allowing you to convert it into an Artifact creature every turn by tapping a weak creature on your side of the board. With properly timed Lifelink activations, you can recover a lot of health back if the Vehicle is left uncountered. It is a flexible card and can be activated almost every turn.

This two-mana Vehicle has great stats for its mana cost, boasting 4/4 attack and toughness. One downside is that it has a crew requirement of three, requiring you to have something on board that early to be able to active it. It has Flying and Vigilance, allowing you to attack and block during the same turn with no problems. But if you want to do both you’ll need to pay the Crew cost every action. If you can’t afford to tap your creatures to activate it, you can remove loyalty counters from a planeswalker to activate it instead.

Smuggler’s Copter is a cheap two-cost 3/3 Vehicle with Flying. It can aid you in drawing additional cards while discarding the ones you don’t need. If combined with cards that benefit from a higher graveyard pool, you can use this card to quickly empower them while also ensuring that you have the perfect hand you want.

Skysovereign is one of the more expensive Vehicles, requiring five mana. It has great 6/5 stats for its cost and Flying, however, allowing you to deal damage easily unless your opponent has creatures with Reach. This will come handy since it activates the first ability, allowing you to do three damage to creature or planeswalker giving you issues. The crew cost of three later on shouldn’t be an issue.

Fleetwheel Cruiser is a four-mana Vehicle with a two-power Crew cost. Its 5/3 stats combined with Trample and Haste allow you to attack with it the turn it is played on the battlefield. Unlike other Vehicles, this one becomes an Artifact creature until the end of the turn it is summoned, allowing you to instantly benefit from it even with an empty board.