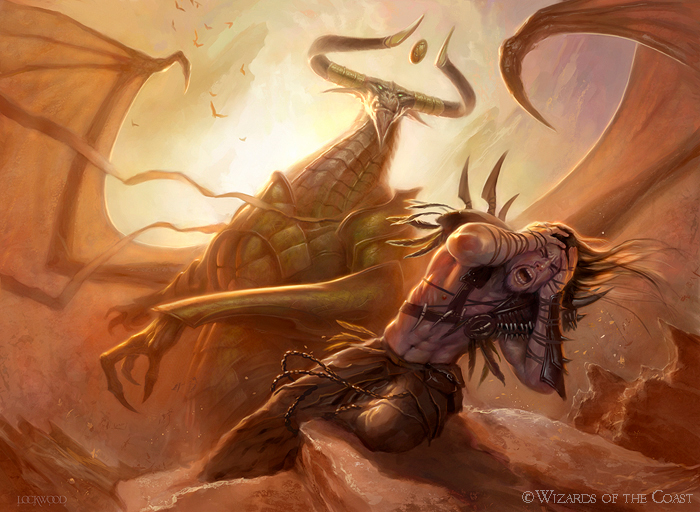 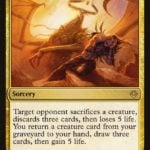 These seven-cost spells might be difficult to cast since they require a specific number of each type of mana, but they have powerful effects to compensate. They first joined the card game over 11 years ago and are still being added by Wizards of the Coast in some expansions.

Here are the five best Ultimatum cards in MTG.

This spell allows you to get rid of a powerful creature your opponent controls and forces them to discard three cards and lose five life. For its user, it acts as a resurrect mechanism by returning a creature from the graveyard, drawing three cards instead and gaining five life.

This is a great card in a blue-black-red deck, allowing you to penetrate your opponent’s last defenses or refill your hand and reassess your game plan with more options. Just remember not to use it if you have almost a full hand, otherwise you’ll be forced to discard some cards.

The only effects that might save your opponent will be indestructible or regenerate, but otherwise cards will be sent to the graveyard. This card bypasses spell defenses since it doesn’t target the creatures, allowing you to get rid of your opponents hexproof creatures.

Eerie Ultimatum allows you to resurrect a large number of permanent cards in the later stages of the game as long as they have a different name. While there might be some spells that ruin your graveyard pool, not many current popular decks run them so you should be safe.

It’s one of the best late-game spells when you’re out of options since you can turn the tides of battle in your favor by creating a board for a seven-mana cost.

Inspired Ultimatum is a flexible card, allowing you to heal yourself or damage your opponent if there is an anti-healing effect in play. On top of that, you can do an additional five damage to any target and then draw five cards.

It’s a powerful late-game card when you’ve run out of cards and need to refill your hand to continue your board dominance. It can fit into multiple blue-red-white decks, allowing you to easily play this card whenever you need to.

Genesis Ultimatum allows you to look at the top five cards of your library and then put them either on the battlefield or in your hand. It’s essentially a five-card draw, making it a good spell overall. It might not be as good as other Ultimatums, but it’s still great if you draw permanents that can go onto the battlefield.

On top of that, if you draw non-permanents, they don’t go to the graveyard or get exiled, but instead go to your hand for later play so nothing goes to waste.