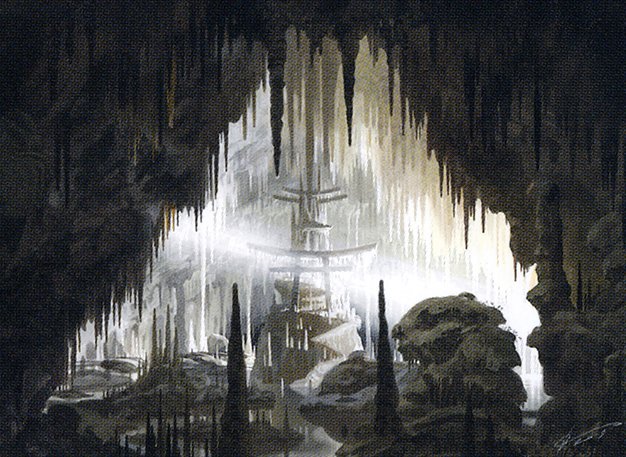 Shrines in Magic: The Gathering provide various buffs at the beginning of your turn that scale with the more shrines you control.

Most Shrines are cheap, allowing you to include them in whatever deck you wish as long as you fulfil the mana criteria. While it might be difficult to stack them on board without getting countered, it’s worth a try since the benefit usually outweighs the risk.

Here are the best Shrines in MTG.

Sanctum of Stone Fangs is a two-cost Shrine requiring one black mana. It allows you to deal at least one damage while regaining one health at the beginning of your turn, which quickly adds up if you add more Shrines on board.

Honden of Infinite Rage is a three-mana cost Shrine, requiring you to have red mana. At the beginning of your turn, you can do damage to any target equal to the Shrines you have on board. You can get rid of those pesky fliers or low-health ramping creatures your opponent might have with this Shrine easily.

One of the most difficult Shrines to play at five mana and requiring all types of mana, Sanctum of All is worth the price. It allows you to look for Shrines in either your deck or graveyard and put them on the battlefield, triggering them. If you have six Shrines, all their abilities trigger an additional time, making this Shrine one of the strongest in the game.

Sanctum of Calm Waters allows you to draw cards, while also discarding one to avoid milling yourself. If you have multiple Shrines, you can get multiple draws to set up better plays in the next turns. While you won’t get a net benefit if you have only this Shrine, once you start playing others as well, you’ll end up with more cards drawn than discarded.

Sanctum of Tranquil Light is an expensive Shrine which can help you stop the enemy in their tracks. for the cost of six mana, you can tap target creature and keep it down while you slowly build up a board to deal with it. If you have multiple Shrines, then this price decreases, so eventually it will be quite cheap to activate.