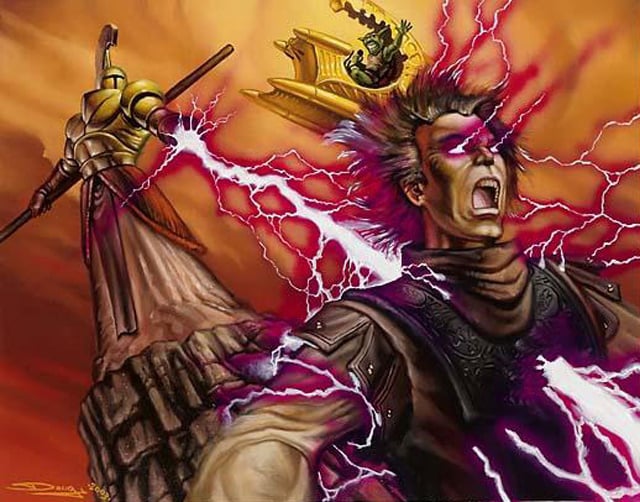 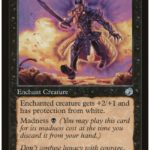 Madness cards in Magic: The Gathering allow you to cast them from exile if discarded.

They are mostly found in black, blue, or red factions and have powerful effects for you to use. Using them in combination with cards that discard your hand allows you to manipulate their mana costs and use them for much cheaper resources. While there are plenty of Madness cards released through the lifespan of MTG, we’ve picked the most impactful ones that can swing the game in your favor when played.

Here are the five best Madness cards in MTG.

Distemper of the Blood

Distemper of the Blood is a great two-mana cost Sorcery spell. It allows you to buff up a creature by +2/+2 and give it trample until the end of the turn. If you’re stuck with a board that can’t go through opposing blockers, this spell can help you do that. Its madness cost is discounted by one and makes this a much better card if you can discard it. For the small cost of one mana, you can have explosive turns early on and overwhelm your opponent’s board.

Call to the Netherworld

Call of the Netherworld is cheap and allows you to recall a graveyard creature to your hand. If you manage to discard it, you can cast it for free to return a black creature card. It’s a wonderful addition to various decks since it has a powerful effect for a cheap price.

Blast from the Past

Blast from the Past is the most versatile card of this list, allowing you to activate various effects for different mana costs. Because it’s an Instant, you can play it at any time to surprise your opponent with any of its abilities. A great combo from this card is to play its cycling cost to discard it, draw two cards, and then be able to pay one mana cost to Madness it.

If you have enough mana for the kicker, you get a great 1/1 token onto the board as well as a potential blocker for some of the big creatures your opponent might have.

Big Game Hunter is a three-mana Creature capable of removing powerful creatures from the board with a power of four or greater. He has various synergies due to having three subtypes and can be discounted to only one mana with Madness. It’s one of the best late-game cards to have when the boards are filled with powerful creatures since you can nullify one with Big Game Hunter’s abilities easily.

For the small cost of two mana, Strength of Lunacy allows you to buff up a creature with +2/+1 and grant it protection from white. The cost is discounted to only one mana if you discard it. The stats are great and protection from white is amazing considering a lot of white creatures have vigilance. This will allow you to attack with your creature without fear of being blocked by your opponents creatures.